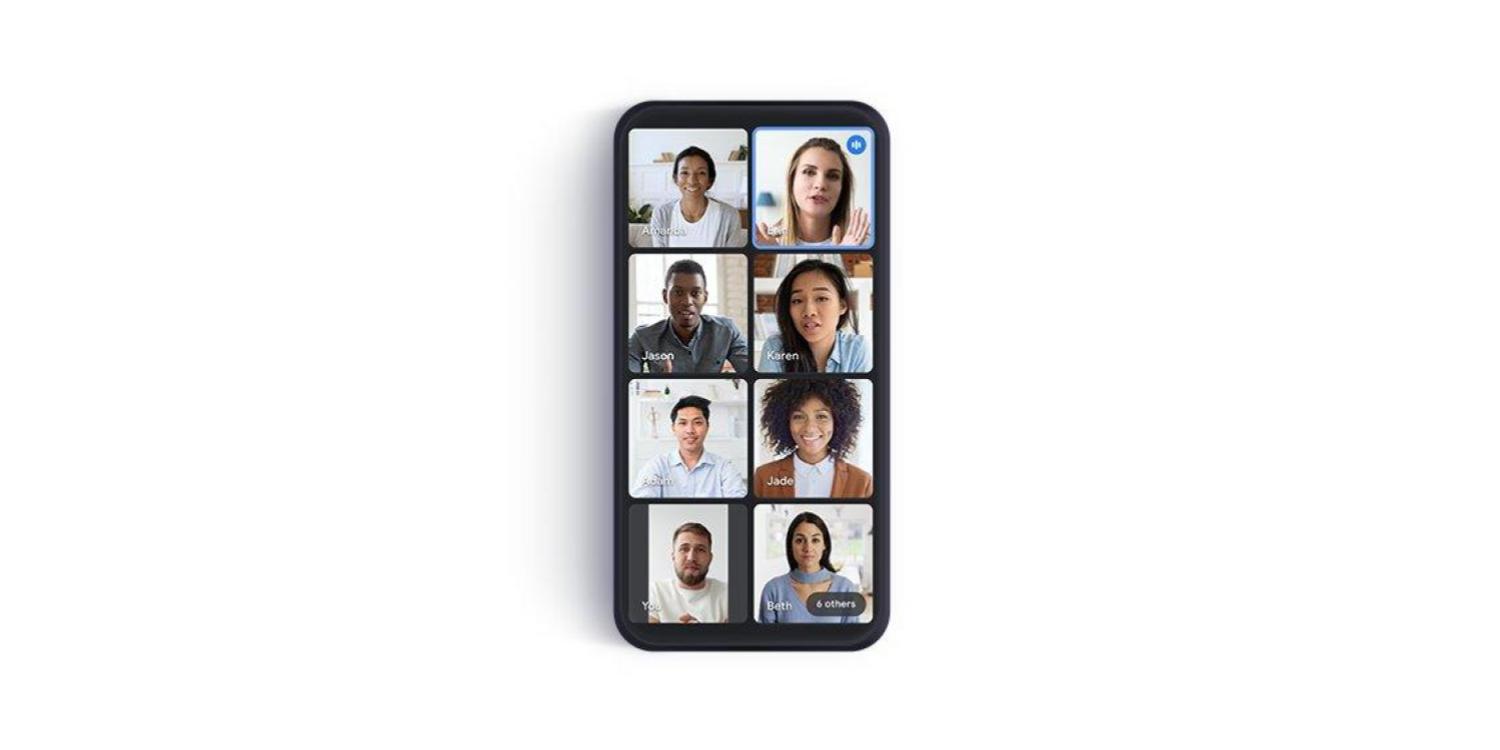 Update 3/15: Google has provided more details about the upcoming tile view. It will begin rolling out to Android at the end of March. On phones (including iOS), you can see up to eight square video feeds. Meanwhile, “selected” iPads — presumably the 12.9-inch Pro — will support 48 video feeds through a packed 8×6 layout.

Google repeats that a “gradual rollout is in progress now” on Apple devices. Google Meet and Gmail for iOS were updated in recent weeks to “deliver a consistent user experience across platforms.”

Original 3/10: Google briefly announced the new Android and iOS view at the start of this month when laying out its plans for the future of work, and a new Workspace Frontline tier.

The mobile tile view lets you see more people at once. Up to eight participants can appear simultaneously with any additional people noted in the bottom-right corner. Each box features the person’s name, while talk status is noted in the top-right corner.

Google today said that the tile view is now rolling out to Meet on iOS, which presumably includes both the dedicated app and integrated experience inside Gmail. It’s “coming soon” for Android.

This year, the company plans to improve the Google Meet experience on mobile. For example, “split-screen and picture-in-picture support on Meet mobile will help you seamlessly chat or browse your Gmail without missing the visual thread of a meeting.” Background replacement, Q&A, and polls will also soon be available.

More broadly, Meet is focusing on second-screen experiences that allow you to use a mix of devices to host calls.

With new second-screen capabilities, people can present and fully participate in the Google Meet experience, including with chat, polls, and Q&As, from any device, no matter where they are.