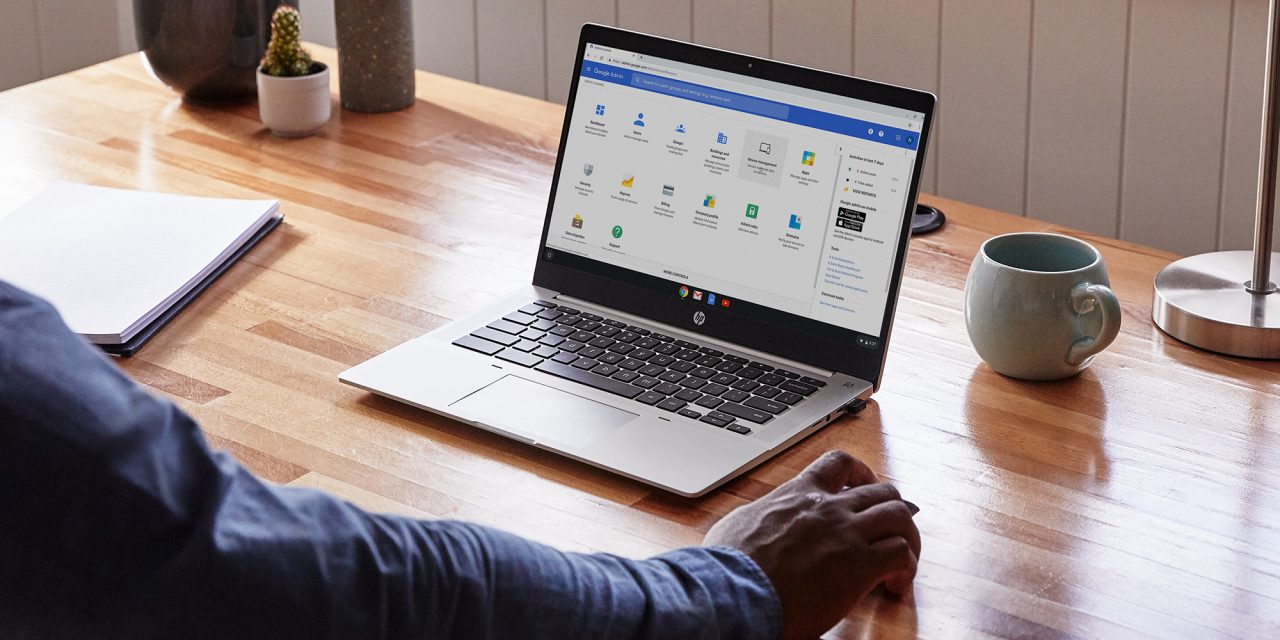 More devices with 11th Gen Intel processors continue to be announced, and the latest is HP’s Pro c640 G2 Chromebook. Visually, this latest generation is not too different from the original, but there are some nice upgrades.

This Chrome OS device starts with a 14-inch HD or FHD display that also comes in a touchscreen variant. In fact, HP says it’s the “world’s thinnest” Chromebook with that screen size, specifically measuring 16.5mm at the hinge.

An 88-degree field-of-view HD camera is complemented by a subtle privacy/physical lens cover and dual microphones, while there are top-firing speakers flanking the keyboard. HP says the keys have been “redesigned in a dark flint color for better readability,” while there’s optional backlighting. There’s also the ability to configure a fingerprint sensor.

Made of aluminum, the HP Pro c640 G2 Chromebook can withstand (MIL-STD 810H) various environmental conditions — like spilling water on the keyboard — and can be sanitized with cleaning wipes, like the company’s education devices.

The 11th Gen Intel Core processors are paired with Xe graphics and up to 16GB of RAM and 256GB of storage. Ports include two USB-A and USB-C ports, HDMI, microSD, and a headphone jack. Battery life is rated at up to 12.5 hours on the 3C 58Whr configuration, with fast charging able to provide 90% in the same number of minutes.

On the software front, Parallels Desktop for HP Chrome Enterprise to let Windows 10 and legacy applications run on Chromebooks is coming. Meanwhile, auto Chrome OS updates will be available until June 2029.

The HP Pro c640 G2 Chromebook is available from $419, while a Chromebook Enterprise version with an Upgrade license starts at $569.