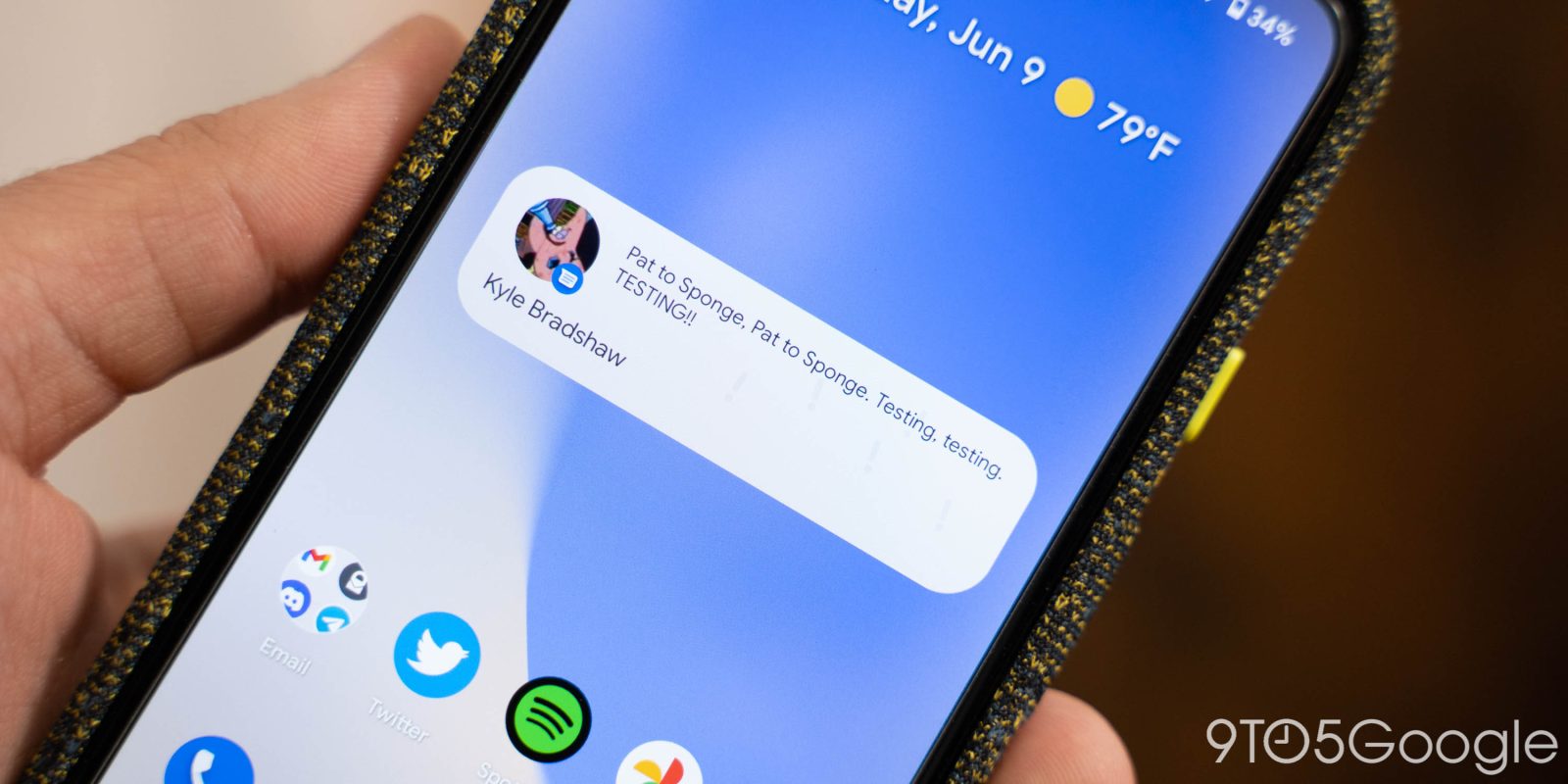 One of the “flagship” features of Android 12 is widgets, and the start of that is the neat “Conversations” widget that lets you jump into a message thread from the homescreen. In Android 12 Beta 2, that Conversations widget is finally live for more people, too.

The Conversations widget has a pretty simple, but useful premise. The widget can tap into an ongoing message thread from different apps on your device including SMS/RCS from Google Messages, groups and individual messages in Telegram, and more.

Right now, though, the functionality of this widget is matching what we enabled back in the Developer Previews. You can pick just about any conversation/room for most messaging apps. My list automatically picked from Slack, Telegram, and Google Messages, even breaking down my Slack messages to the various rooms and private messages.

As soon as a message came through on the chat I selected, it appeared in the widget perfectly fine on my Pixel 5. Your results may vary though because, after all, this is a beta.

The Conversations widget in Android 12 Beta 2 defaults to showing the latest message received in the chat, still showing it even if you’ve opened the message already. It’ll show up on the default size, but nothing smaller. 2×1 just shows the profile picture and the person’s name or the name of the message group.

Also limiting the usefulness right now is that the widget isn’t showing up for everyone on Android 12 Beta 2. It appeared for me on both a Pixel 4 XL and a Pixel 5, but it didn’t show up for Kyle Bradshaw on a Pixel 3 XL. Your results may vary for now, as the widget has been showing up sporadically on Pixels throughout the beta period. It even showed up in Beta 1 on some devices, including one of our of Pixel 3 XL devices. Beta 2, though, seems to be the most widespread and advanced the conversations widget has been on Android 12, though.