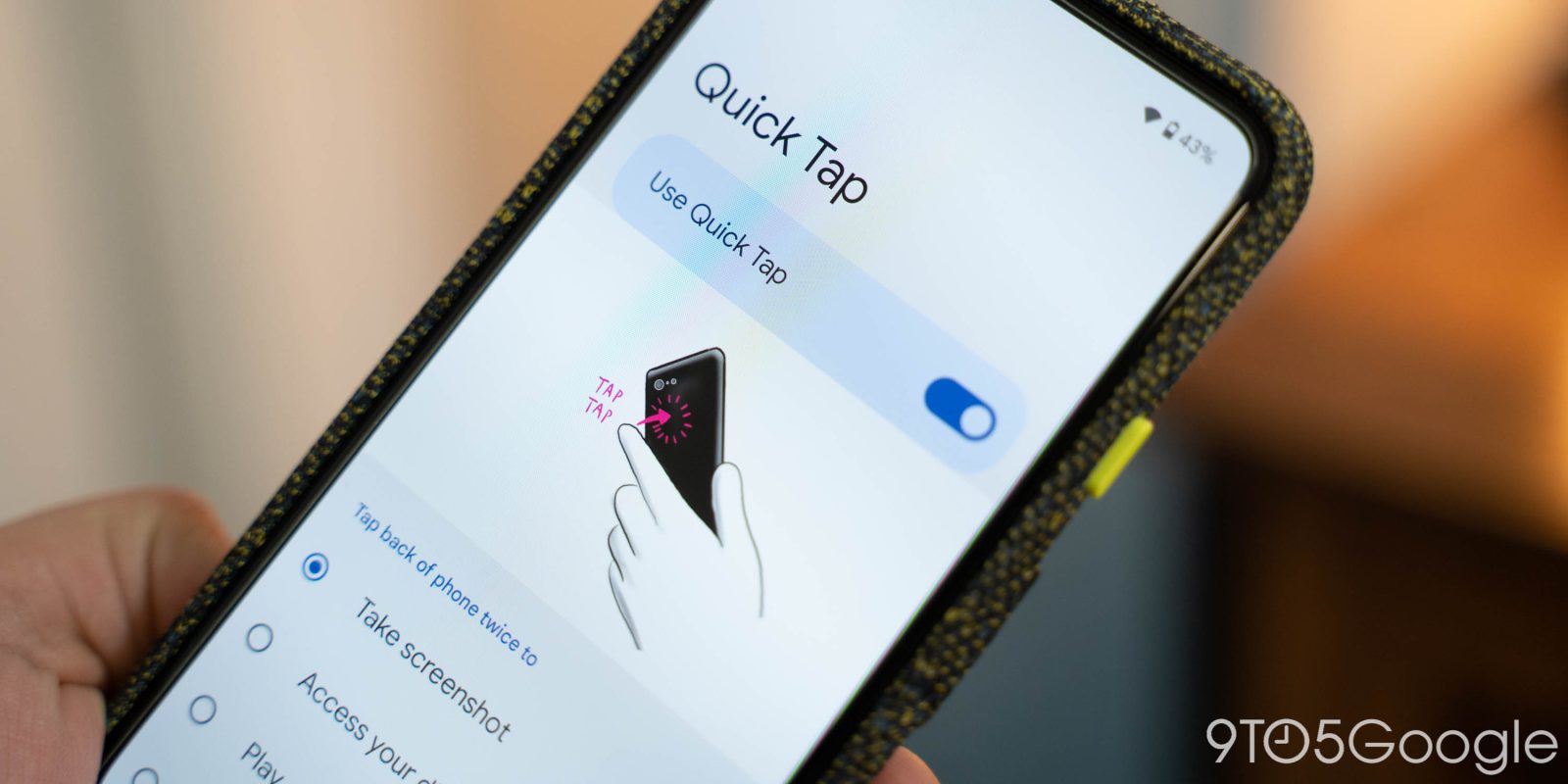 “Columbus” has been in the works for quite a while, but it seems like Android 12 will be the place it finally makes a proper debut, as we also reported earlier this year. With Android 12 Beta 2, the feature has been activated on Google’s Pixel 5 — and some Pixel 4a 5G units — without any trickery needed. Just dive into Settings > System > Gestures and look for “Quick Tap,” the new name for this feature.

Once enabled, this feature defaults to taking a screenshot, but it can also:

While, personally, I’m disappointed this gesture can’t turn on the flashlight, there’s still a lot that can be done with the actions provided. The action itself works really well on my device, too, as you can see below.

Being a beta, though, your results may vary. The feature is working on my Pixel 5 system-wide, but Dylan Roussel and a tipster both mentioned it doesn’t work for the assigned action when on the settings page or when the “Require Stronger Taps” toggle is turned on. It’s pretty obvious Google isn’t done with the feature either, really, given the cartoon that’s on its settings page.