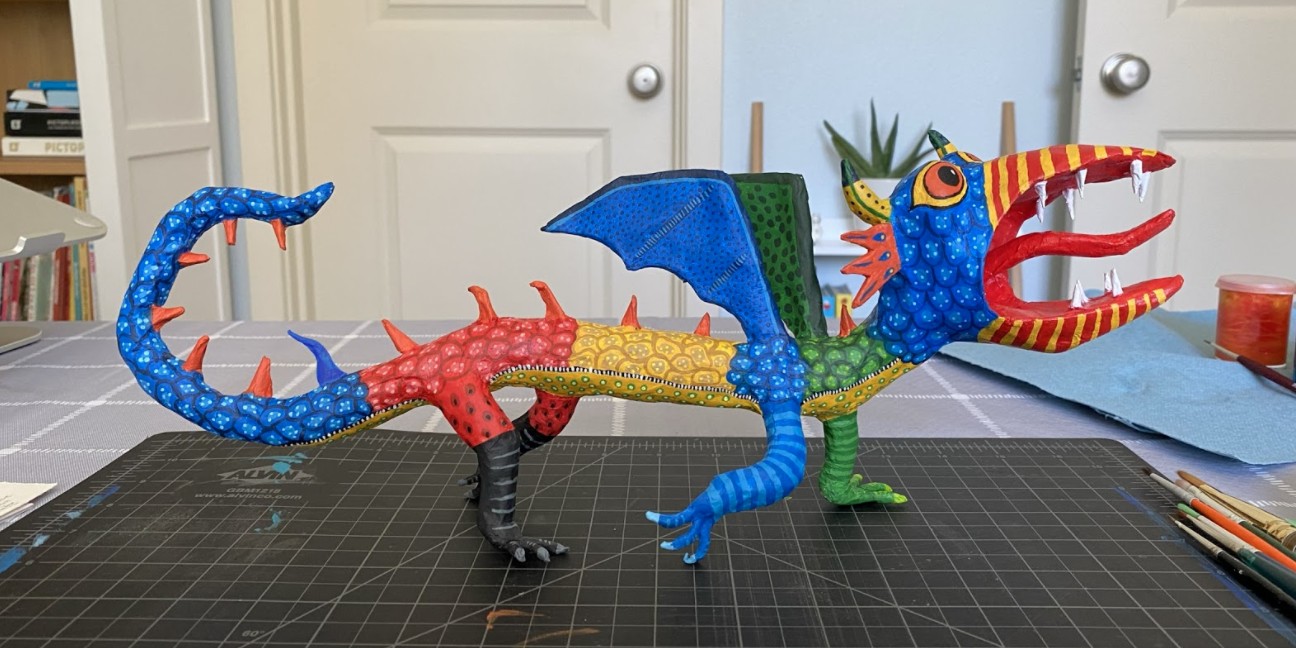 The latest Google Doodle celebrates the birthday of Pedro Linares López, the artist who sculpted the first “alebrijes,” a mainstay of Mexican folk art.

Pedro Linares López was born on June 29, 1906 — 115 years ago today — in Mexico City. From a young age, Linares learned the ways of papier-mâché sculpting, a form of art known in Mexico as “cartonería,” from his father, creating traditional pieces like piñatas and Day of the Dead decorations.

In 1945, in the midst of a multi-year battle with illness, Linares experienced a vivid fever dream in which rocks and clouds transformed into otherworldly creatures with strange wings, horns, and teeth. Throughout the dream, the creatures seemed to be saying a made-up word, “alebrijes.”

The monstrosities from this dream stuck with him, even after his sickness ended. With a new lease on life, Pedro Linares López began using his cartonería skills to bring the creatures to life, selling them as alebrijes.

It didn’t take long for alebrijes to catch on, both in Mexico and even internationally. Inspired by Linares’ work, other artists began to create their own versions of alebrijes, and a new style of artwork was born. For his contributions to Mexican culture, Pedro Linares López received the Mexican National Prize in Arts and Sciences, for Popular Art and Traditions, in 1990.

To best honor Pedro Linares López’s contributions to Mexican folk art, Google doodler Emily Barrera created an alebrije with papier-mâché, a photo of which is shown on the Google Homepage today. As you’d expect, the sculpture is divided into sections that roughly match up to the colors of the letters of “Google.” In true alebrije fashion, the creature Barrera dreamed up, which takes inspiration from some of Linares’ most recognizable works, features a mismatch with the body of a snake, horns from a bull, legs like a lizard, and wings of a bat.