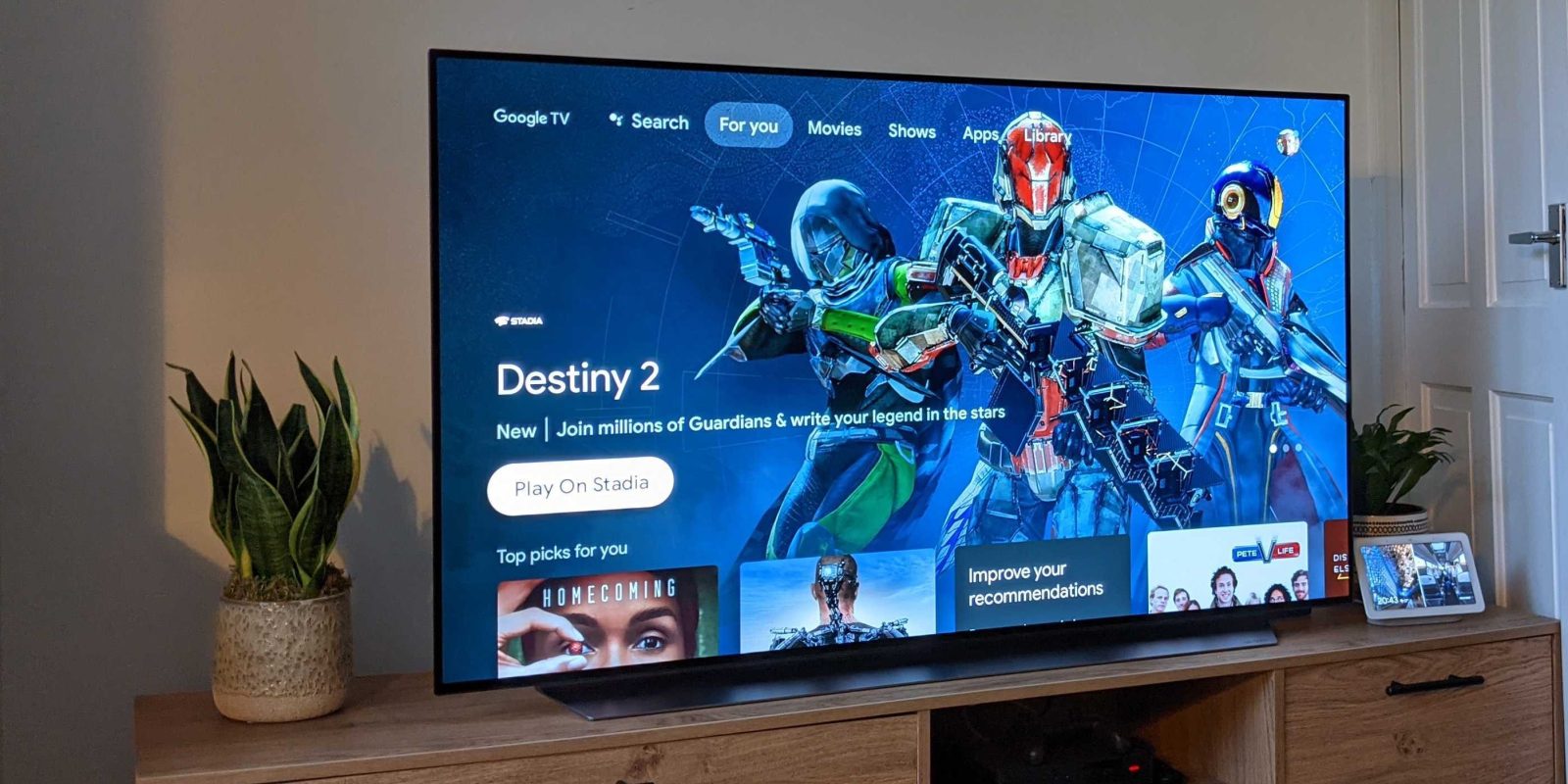 Owners of the Chromecast with Google TV have begun to see recommendations for Stadia games on the “For you” tab, suggesting deeper integration between the gaming service and Google’s streaming box.

Early this month, ahead of the Stadia for Android TV launch, the Chromecast with Google TV got an update that promised “Stadia support” for the device. At the time, we wondered what that could mean, especially now that we know that Stadia is just like any other Android TV app.

As spotted this afternoon by Clive Illenden, Google has begun a significant push for Stadia to owners of the Chromecast with Google TV. For many, the first page of the “For you” tab now features a prominent advertisement for Destiny 2 on Google Stadia, inviting players to “join millions of Guardians and write your legend in the stars.”

The suggestion seems to appear regardless of whether you have Stadia installed on your Chromecast. Clicking it without the app installed brings you to the Play Store to install Stadia for Android TV. If you do have the app installed already, clicking the promo will open directly to Destiny 2 in Stadia.

So far, all reports point to Destiny 2 being the only game promoted by Google TV’s “For you” tab. This makes sense as Google would want to make their first big push by using the most widely appealing free-to-play game in Stadia’s library. Those who may not have considered trying Stadia before can get started playing Destiny 2 without paying a cent, provided they have a gaming controller handy.

In future, it would be good to see deeper integration between Stadia and Google TV, surfacing the service’s games in the Library tab, as well as offering properly personalized suggestions in “For you.” Better yet, a tab for “Games” that combines titles from Play Pass, Stadia, and perhaps third-party services would be most welcome.

Update 7/10: Just as we had hoped, the Chromecast with Google TV has gotten even deeper integration with Stadia. As spotted by ryandfc81 on the Stadia subreddit, Google TV is now showing a “Recently played game” from Stadia in your Top Picks section of the For You tab. To match, Stadia is now also featured in the “Your Services” page of Google TV’s settings. In our testing, this deeper Stadia integration appeared after rebooting.

Until then, it’s still exciting to see Google advertise Stadia to a broader audience. In fact, the way it’s shown on the homepage emphasizes the game rather than Stadia or anything about running in the cloud. To an extent, this helps normalize game streaming, putting it in the same box as streaming a movie or TV show — just click and play.