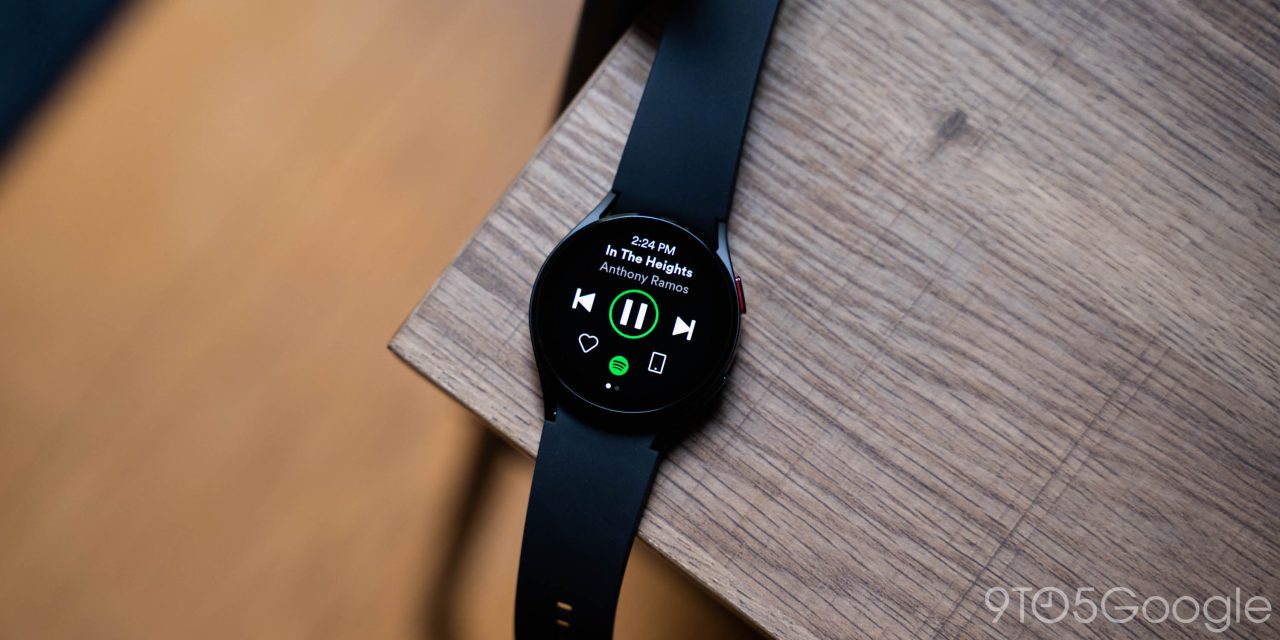 Smartwatches have long been neglected by Spotify, offering only controls instead of offline listening. Following a launch on Apple Watch earlier this year, Spotify is now rolling out its revamped Wear OS app with support for offline downloads, and it works everywhere.

Announced alongside the launch of the Galaxy Watch 4 series, Spotify has confirmed it has started the process of rolling out its new Wear OS app as of this week. The app will roll out to users “over the coming weeks” and bring with it a minor UI update as well as the ability to download content offline.

While this update is being celebrated for launching on the new Galaxy Watch 4 series, it’s not exclusive to them. Not only will the update launch on all Wear OS 3 watches, but also Wear OS 2 devices that are already on the market. Downloads will also work on Wear OS 2 devices.

Spotify specifically points to smartwatches from Fossil, Mobvoi, and Suunto that the update will arrive on. The language, though, implies it’ll be available on all hardware. You’ll also need headphones paired to your watch to listen to music, as it sounds like built-in speakers may not be supported. We’ve asked Spotify for clarification on that point.

In the coming weeks, Spotify users will be able to play their favorite playlists, albums, and podcasts with their smartwatches that run Wear OS. By having Spotify on your wrist, you’re more free to run, dance, shop, cook, and socialize—and control your music and podcasts at the same time. Plus, we’re excited to unveil one of the most requested features by our users: the ability to download all of your favorite music and podcasts to your smartwatch.

So much for it being impossible, huh, Spotify?