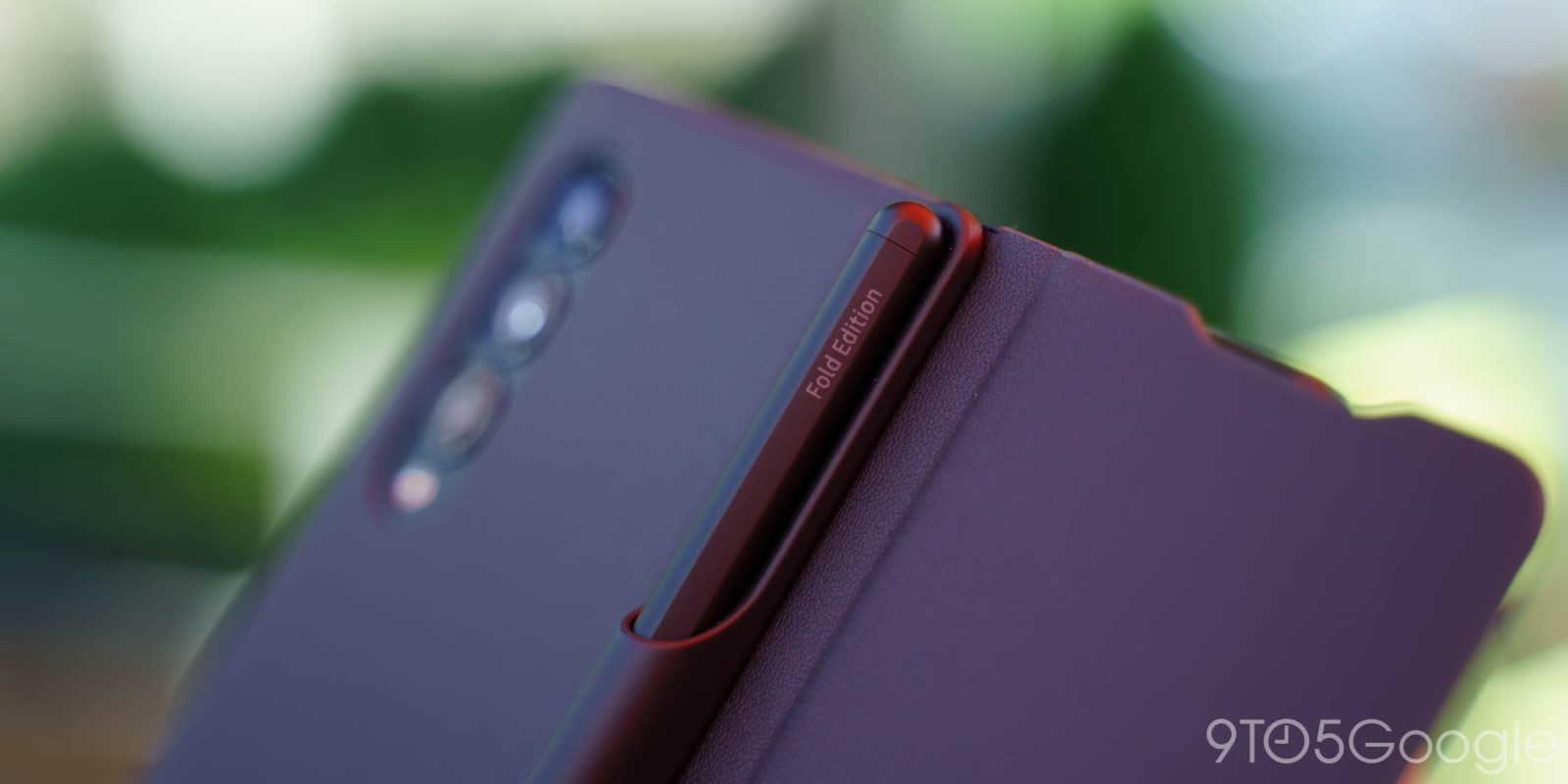 Samsung has forgone the Galaxy Note series this year in favor of its foldables, specifically the Galaxy Z Fold 3. While there are arguments in either direction for why that’s a good thing or why it’s a bad thing, there’s one point I can say for certain — Samsung’s S Pen case for the Galaxy Z Fold 3 is a sad replacement for the Note’s legacy.

For $80, or free with some orders, the Flip Cover with S Pen for the Galaxy Z Fold 3 is intended to make it easier to bring the S Pen with you. For that, it gets the job done. A silo at the back of the case holds the S Pen just tightly enough to where it won’t fall out, but not so tightly that it’s hard to get out. Sliding the stylus in and out is extremely easy. It’s also nice that the silo can be taken off of the case if you don’t want to carry the pen.

The problem, then, is the case itself.

The rear portion of the case is perfectly acceptable. It’s a silicone material that fits well and needs no adhesives to stay in place like many third-party alternatives. The textured material also feels pretty good in the hand.

Off to the side, over the hinge, is that silo for the S Pen, which extends out with a cover that flips over the display of the Fold 3’s outer display. This is where the real problem lies. That cover sits on the phone completely loose, with no adhesive, magnet, or any other means of staying in place. It just sits on top of the glass and can slide around as it wants. This is frankly infuriating in daily use, but it doesn’t stop there.

The other big issue is when the phone is unfolded. That flip cover ends up being wider than the rest of the phone, making it awkward to hold. If you’re left-handed like me, it’s even worse as the cover isn’t held up naturally and just flops around on the back. The only way around that is to hold the cover with your other hand, which, in my opinion, makes my grip feel less secure.

As for the “Fold Edition” S Pen, it’s certainly a nice little stylus. It’s much more comfortable to use compared to what’s included on the Note series, and latency is virtually non-existent. Samsung’s trick on this stylus is to put the tip on a spring to prevent heavy-handed writers to damage the display. It’s a good idea in theory, but in practice, the spring is way too strong to make that argument hold up. You’d be damaging the screen well before the spring kicked in. It’s a valiant effort, but I don’t think it was worth reinventing the wheel, or blocking older S Pens entirely, for that matter.

What’s the solution here? For Samsung, it’s pretty simple. Ditch the cover version and make a case that can store the stylus in a different way. A simple case for the back of the phone with a pocket protruding from the back would be perfect in my eyes. Sure, it would lead to the phone being uneven on a table, but a worthy trade-off, I think. The long-term solution is, of course, to just build a silo into the phone, but the tech isn’t ready for that just yet.

In the meantime, I’ll just stick the S Pen Fold Edition in my pocket. It’s half the price and comes with its own carrying case.