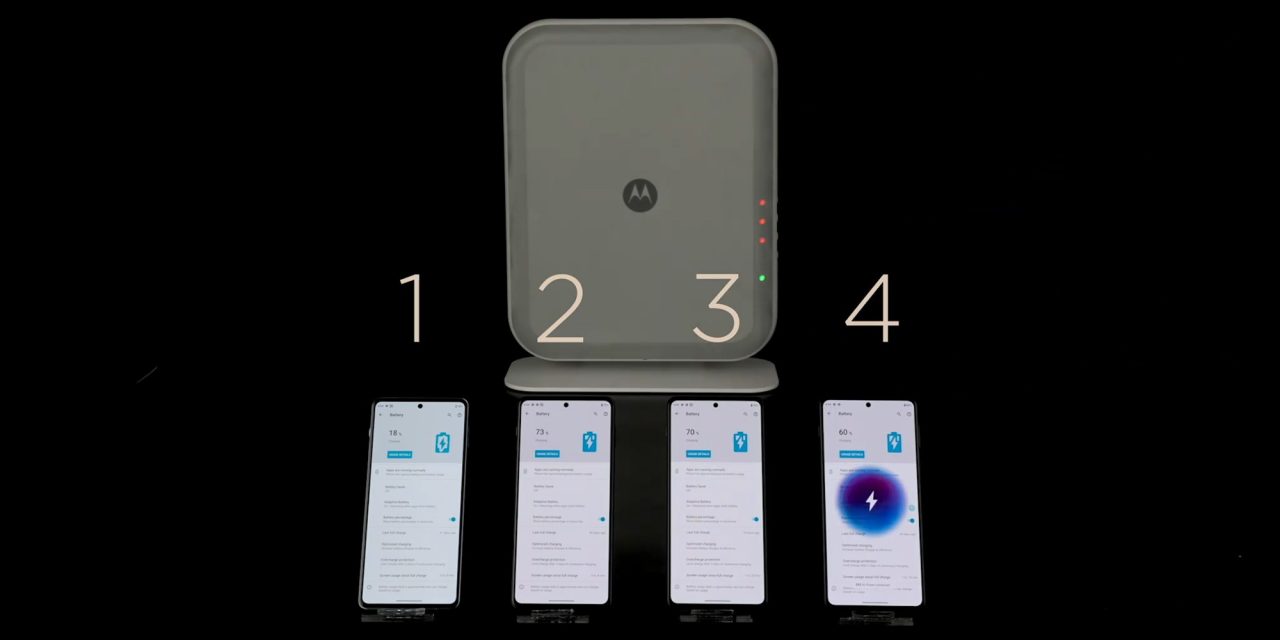 The age of over-the-air wireless charging could soon be upon us as Motorola has demoed their second-generation wireless “Space Charging” system that can charge up to four devices simultaneously.

Wireless charging still requires a dock or a pad for you to place your smartphone down upon so that the charging coils can make contact before power is drawn. The idea of truly wireless charging is as impressive as it seems or sounds. With Xiaomi and Oppo offering their own solutions, Motorola has upped the ante with their second-gen iteration.

Shared in a post on Weibo (h/t Android Authority) with an accompanying video of the Space Charging tech in action, Motorola showcased a device that packs in a whopping 1600 antennas to wirelessly charge up to four devices all over the air. You can see Motorola’s impressive Space Charging in action below:

As you’ll see, the large base station is capable of charging four devices at distances up to 3 meters away — a huge step up over the previous 100cm limitation on the first-generation charging tech. The demo also shows that devices can be charged even with an obstruction or object in the way of the Space Charging base station too while there is a wider 100° charging area.

Motorola also states that the Space Charging base station will pause charging when the human body or extremities are detected. No details on maximum charge speeds or the potential release of Motorola’s Space Charging tech were shared, but it’s impressive to see in action.