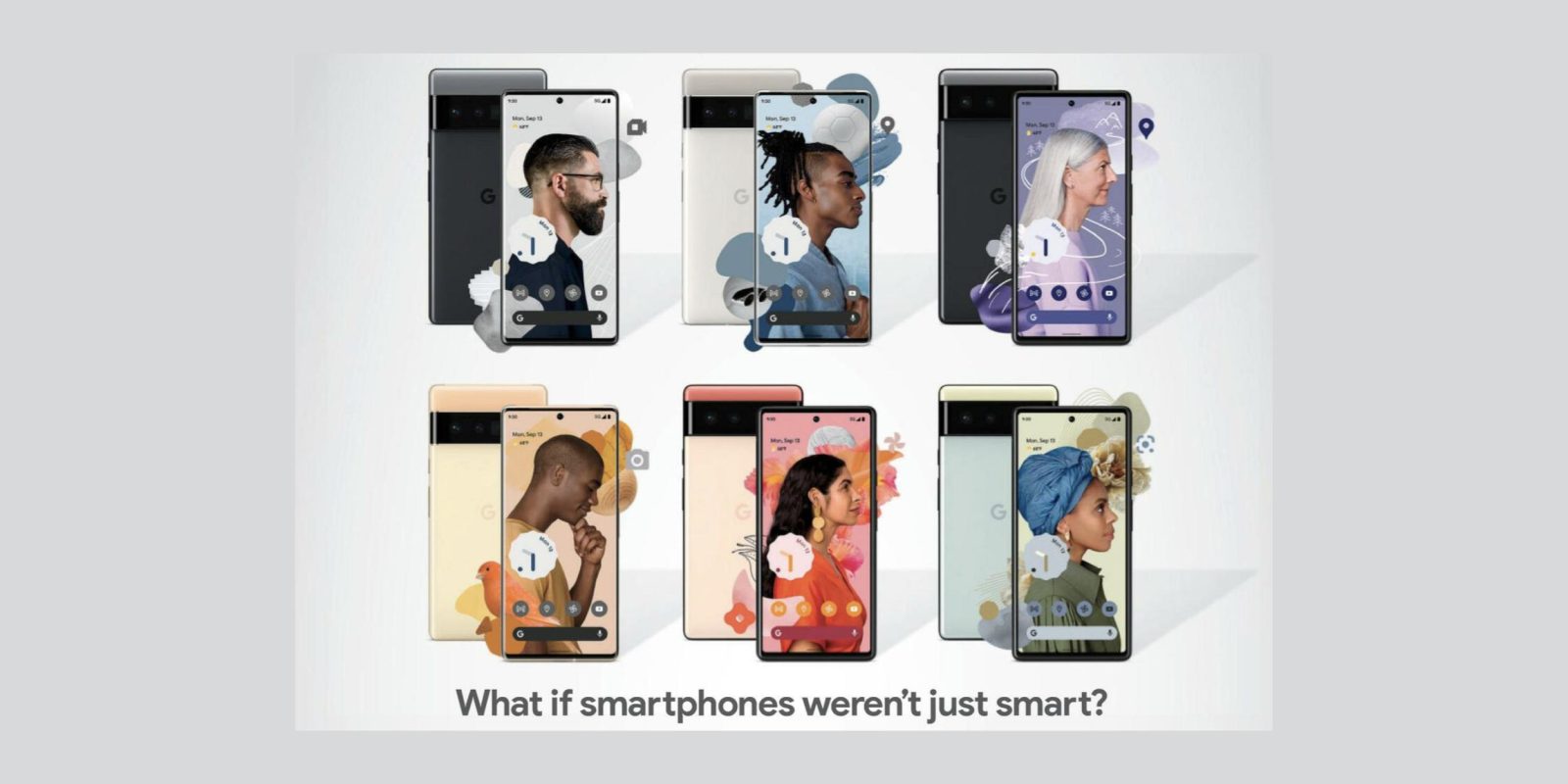 Google’s marketing campaign for its upcoming flagship started online but has since expanded to TV and billboards. A new Pixel 6 magazine ad features much of the same copy but teases some upcoming capabilities.

This ad appears in the latest issue (September 27) of The New Yorker, as spotted by Rich Brome on Twitter, towards the beginning. It features the David Urbanke photography already found on billboards, posters, and other physical mediums. We first see the Pixel 6 and Pixel 6 Pro in every color variant.

Next is the same “What if smartphones weren’t just smart?” tagline from the inaugural ad. It’s basically the same message, but the marketing copy is much longer. It starts out generic and reiterates what principles Google is aiming for with the Pixel 6. “Intuitive” is a continuation of Google wanting its hardware and services to be helpful/smart. “Perceptive” could be a reference to ambient computing and how your phone is always there with you with features like hotword detection and Now Playing.

What if they were more intuitive?

What if they were more perceptive?

The next three lines refer to Material You and Dynamic Color allowing for personalization and an experience this is unique for every user:

What if your phone saw you for who you are?

Recognized that we’re all different and worked differently for all of us?

The added length of this magazine ad helps flesh out the 30-second clip, and the middle portion in particular touches on what the Pixel 6 might be able to do. Google is not providing specifics, but these read as actual capabilities rather than aspirational pronouncements.

In order, voice recognition and speech-to-text could get an upgrade to work better for everyone around the world. We already know about a “faster and more accurate” translation feature that takes advantage of the Tensor chip when watching video. The third line could just be referring to the existing Adaptive Battery feature, while Google at I/O previewed how it wants to make the Pixel (and Android camera) more accurate and inclusive for all.

What if your phone understood your accent?

Knew to save power for the apps you use most?

And could capture every skin tone accurately and beautifully?

The ending is similar to the original ad’s message:

What if your phone

and became a reflection of you?

The phone that adapts to you.