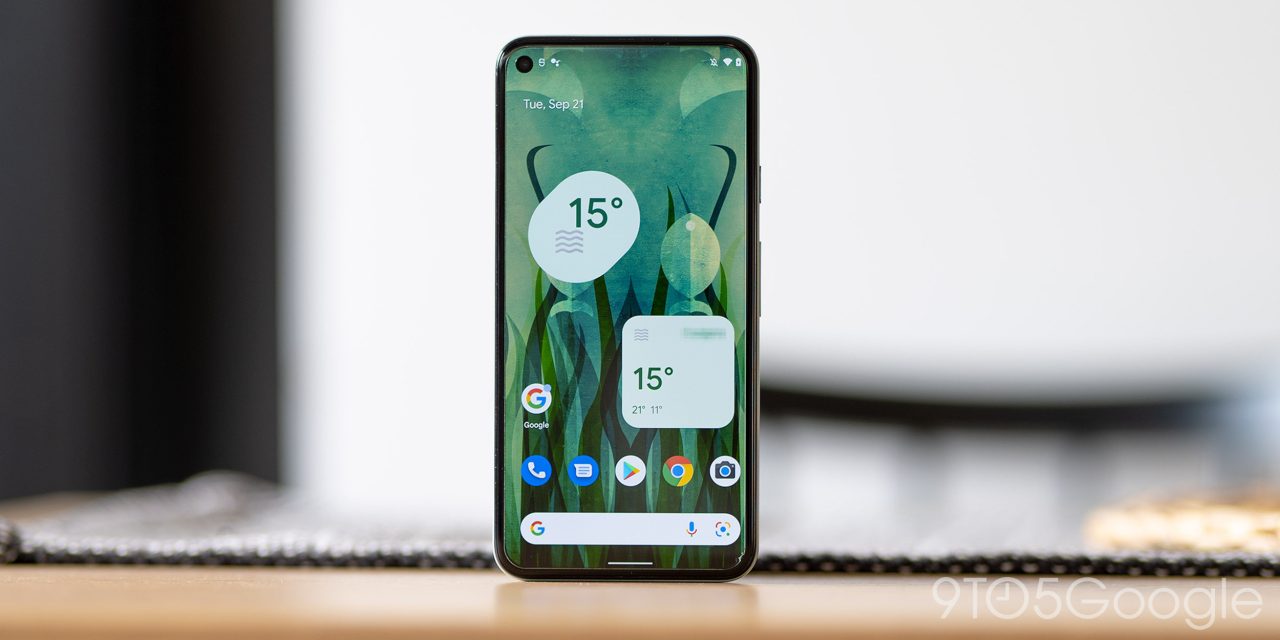 New Pixel phones released in the fall usually launch with exclusive software features that later become available on older Google phones. The Pixel 6 and Pixel 6 Pro will be the first to feature Material You weather widgets powered by the Google app.

As seen in Pixel 6 marketing and from what we’ve enabled, the Google app is working on two Material You widgets. The first is a rather straightforward rounded square that shows the temperature, weather condition, high/low, and current city.

The more visually interesting widget is the slanted pill with large temperature digits and condition icon. Both are themed with Dynamic Color, with the shape quite unconventional. Google often pairs it with the Material You clock in advertising.

According to the latest Google app beta, the two weather widgets will check that your device is a Pixel 6 or Pixel 6 Pro before appearing. Google is preparing to support other Pixel phones, but that won’t initially be the case. Meanwhile, the widgets will be exclusive to Google devices, and all other Android 12 users will have to make do with the existing homescreen icon/shortcut.

Meanwhile, Android 12 is another requirement for the weather widgets. So far, Material You app redesigns appear on all versions of Android, but lack Dynamic Color on Pixel devices not running version 12.

Homescreen items are not as clear cut. The vast majority of updated widgets appear on Android 11 and older, including those for Google Calendar and Drive. However, while the X-shaped one for quick actions appears in the cloud storage app, Keep’s similarly shaped widget only appears on Android 12.