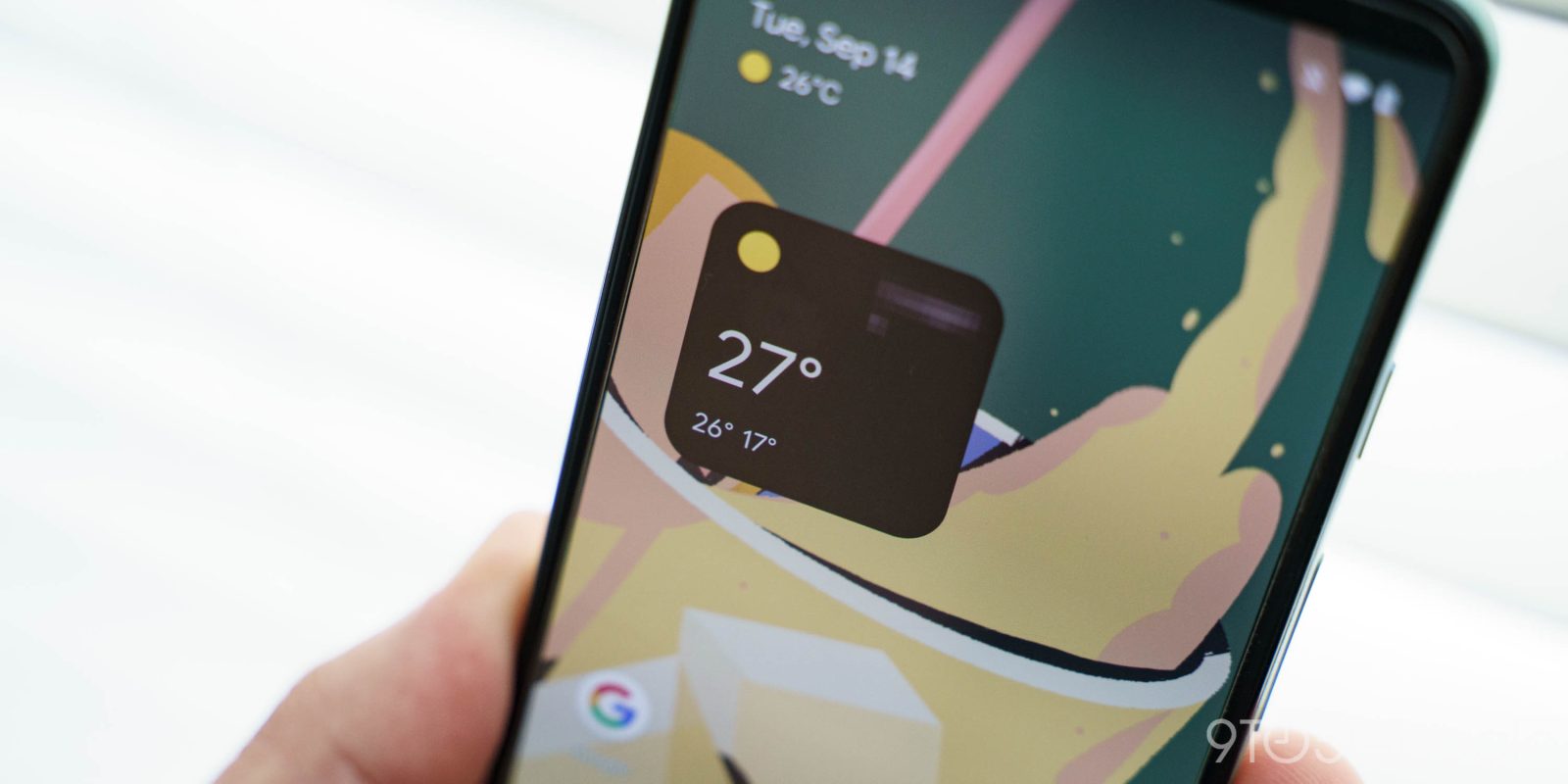 Android 12 brings a huge refresh to the look of the platform, and one place that’s immediately apparent is with homescreen widgets. As Google works to revamp its catalog, we’re getting an early peek at a new Google Weather widget that will be coming to Android 12.

The latest version of the Google app for Android, v12.34, brings with it a new widget for the built-in Google Weather experience. That experience, notably, just got a Material redesign in recent weeks.

The new widget we dug up for Google Weather on Android 12 is very simplistic, only showing an icon to indicate current conditions, a large piece of text showing the current temperature, and the high/low temperatures lower on the widget. Finally, the current location is shown at the top of the widget. Presumably, this widget will also work on Android 11 devices when it properly debuts.

As it stands today, the widget appears to be a work in progress with plenty of missing functionality. For instance, the color of the widget doesn’t support Android 12’s Dynamic Color feature, a signature of the Material You design language. Right now, the widget is only white or dark, with the dark theme taking on a slight bit of color. Notable too is that the widget cannot adapt to show multiple cities or a specific city upon the user’s request. Somewhat hilariously the reported temperature from the new widget and the built-in “At a Glance” widget on the Pixel Launcher are different despite sourcing from the same location.

In any case, it’s nice to see Google giving its useful Weather app some attention, and we only hope the widget will get better from here. More Weather Frog would be a great start.