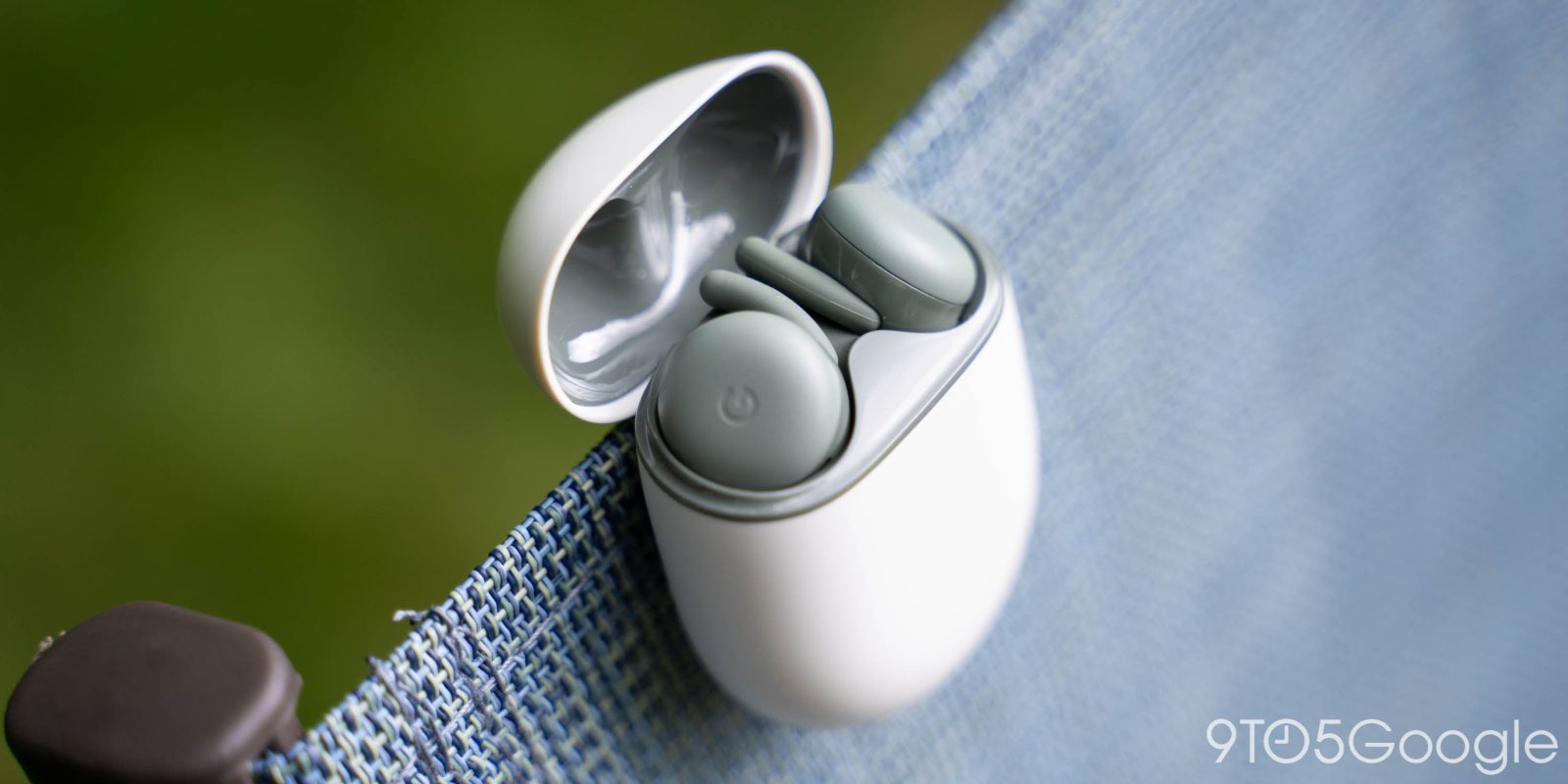 If you put off shopping or just want to find a good last-minute gift for someone in your life who has an Android phone or loves Google products, we’ve got you covered. Here are some of the best gifts you can get for an Android user that are shipped quickly or can be purchased locally for under $100.

Truly wireless earbuds have taken the world by storm for good reason – they’re incredibly useful! While Google’s Pixel Buds A-Series aren’t leading the pack in anything but their smarts, they are a fantastically well-rounded option that will work wonderfully for just about any Android user.

Pixel Buds A-Series utilize Google’s Fast Pair feature that allows for quick pairing and better integration with virtually every modern Android smartphone. The earbuds themselves run for around five hours on a single charge, with up to 24 more hours in the included case that can be recharged over USB-C. The earbuds can be located through the “Find my Device” app on Android, too.

As far as their audio features, Google is using custom drivers to deliver sound quality that’s better than most products at the same price point, and a special design allows sound from the outer world to come through so you aren’t totally cut off from those around you, great for working out on walking in a city. Google Assistant is integrated and ready with a “Hey Google” command, while notifications can be delivered to the earbuds with the ability to quickly reply. Pixel Buds A-Series can also easily adapt to your surroundings and adjust the volume to match, as well as react to the sound of a crying baby or an emergency siren.

Pixel Buds A-Series are a great gift for Android users, and at $100, they’re a solid pickup. The Google Store will ship Pixel Buds A-Series with free two-day shipping through Christmas with the coupon code 2DAYHOLIDAY at checkout. Alternatively, you can pick them up locally from Best Buy, Walmart, and other retailers.

Alternatively, a pair of earbuds we’ve had the chance to use lately that serve as a great Pixel Buds A-Series alternative are the ColorBuds 2. These $80 earbuds just about match Google’s buds on sound quality while adding active noise cancellation, Qi wireless charging, and more.

They’re missing a lot of the smart features that make the Pixel Buds A-Series so great, but they’re a great option if you’re trying to take advantage of Amazon’s shipping speeds to get a gift for someone on Android in time for the holiday (they do work on iPhone too, as a bonus).

Smart speakers have countless utilities, which make them super useful for everything from controlling smart home products to setting a timer in the kitchen. Plus, in most cases, it can’t hurt to have more than one, which makes them a great gift. Making the Nest Mini and Hub great for Android users is the Google Assistant integration, which means their new smart gift can pass along infomation from their speaker to their phone and vice versa, along with other integrations. For instance, “Hey Google, where’s my phone” on a smart speaker will start ringing your phone.

Google’s Nest Mini is in impulse-buy territory at $50 and usually under $30 when discounted. It offers all of the usual features you’d get from a Google Assistant speaker as well as shockingly great audio quality given its size and price. You can buy it from the Google Store – free two-day shipping with coupon code 2DAYHOLIDAY – and most retailers that sell electronics locally. It’s been on sale as low as $25 lately.

Alterntively, Google’s Nest Hub offers the same features and more. The smart display can play videos, show your photos from Google Photos, and even track your sleep if you want it to, and it does that for under $100. In fact, around the holidays, it’s been on sale as low as $60.

Alternatively, the Lenovo Smart Clock 2 costs under $100 and delivers a Google Assistant experience tailor-made for the bedroom. In addition to the usual commands and functionality as a speaker, the Smart Clock 2 has shortcuts for setting an alarm, the ability to hit the device to snooze an alarm, and more. It’s also bundled with a special dock that enables wireless charging and an extra USB port for charging accessories overnight.

Streaming devices are a no-brainer gift, and with all of the shuffles that have moved countless shows and movies to new services, Google TV may be one of the best ways to handle content. As we detailed in our review last year, Google TV can easily show you which service has which show or movie, and that support has only grown in the time since.

While you can find Google TV on some TVs, your best bet is to just buy Google’s affordable Chromecast. The $50 — currently down to $40 — streamer is a bit limited on storage, but for streaming from a handful of apps and playing games on Stadia, it works wonderfully. Because it’s based on Android TV OS, too, it’s a great gift for someone with an Android phone, as it features a phone-based remote option and sync with various Android apps. You can even play some games you purchased for your phone on an Android TV!

Chromecast with Google TV is available at the Google Store and ships with two-day shipping when you use the coupon code 2DAYHOLIDAY at checkout, but you can also pick one up from virtually any major local retailer.

On the other hand, if you want to get something even more affordable, Walmart’s Android TV streaming devices are an excellent alternative. While they’re on the slighlty older Android TV interface, these devices can use the same apps and services as the Chromecast for less than half the cost.

Walmart currently sells its 4K Android TV box for $20 and its 1080p streaming stick for just $15. They’re dirt cheap, but very good. The retailer says orders put in before December 20 will arrive by the 25th, and you’re very likely to find local stock on these devices, too.

Wireless charging has become a standard for nearly every flagship phone nowadays, and one of my personal favorites comes from Nomad. The Base Station Stand holds your phone at a near-vertical angle and charges at 10W. It includes an 18W charger and a high-quality USB-C cable in the box, too.

What’s the benefit of buying such an expensive charger? It really comes down to quality. The metal and leather build of Nomad’s design is downright gorgeous and will likely last for years to come. So it’s pricey, but it makes a thoughtful, beautiful, and practical gift for just shy of $100.

Currently, the Base Station Stand is only sold on Nomad’s website and should arrive in time for the holidays if orders are in by December 17.

If you’re not on board with a $100 wireless charger, trust me, I get it. There are countless other affordable wireless chargers that get the job done without any particular frills. This Anker charger costs just $16 (and is often discounted to $10) and provides the same 10W speeds as Nomad’s charger.

However, it doesn’t include a charging brick, so I’d recommend a 30W brick from the same brand. The Anker Nano II is a personal favorite of mine with 33W USB-C PD that will fast charge just about any modern Android phone quickly. The PowerPort Slim III offers 30W speeds in a different form factor for around $20. Either charging brick will provide more than enough juice to charge up your phone wired or wireless with a wireless charger.

A bit of extra security can’t hurt in today’s day and age, and one easy way to add some security is to install a home security camera. Google’s Nest Cam now starts at under $100, offers basic features without a subscription (though we’d highly recommend getting one), and works wonderfully to monitor your home. It may still need some software updates to catch up with older models, but if you’re just starting a home security setup, it’ll serve your needs well.

The Nest Cam is shipping from the Google Store with two-day shipping using the code 2DAYHOLIDAY at checkout, and can be purchased from local major retailers, too. It’s even on sale at most places right now for just $80.

Alternatively, there are some super-cheap home security cameras out there that work great with Google’s ecosystem. The TP-Link Kasa Pan we covered in a past installment of Google Home Essentials offers local SD storage as well as a motor that can turn the camera to view and entire room, all while costing just $30-40.