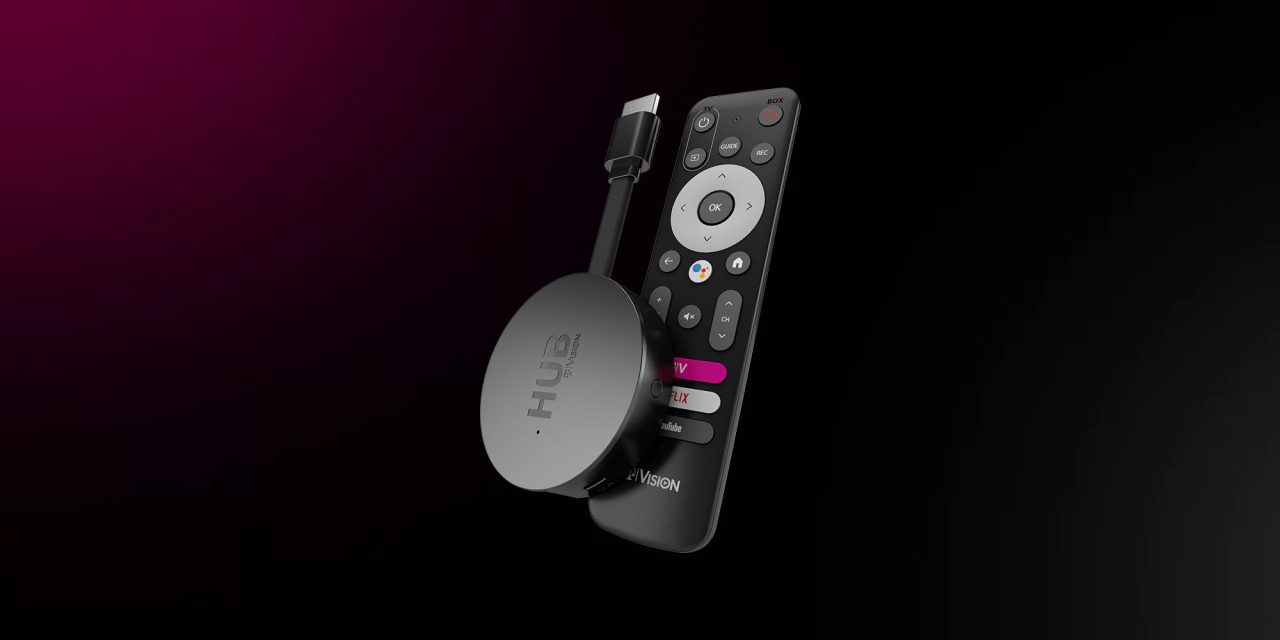 Google TV launched in late 2020 on the Chromecast, but it’s seen slow adoption in the time since with Sony, TCL, and Realme getting on board. Now, though, T-Mobile has quietly announced the TVision Hub, which is the second Google TV streaming stick to be sold in the United States.

Update 12/29: T-Mobile has quietly opened up sales for the new TVision Hub with Google TV, with pricing confirmed at $50. The device is also available on a monthly payment option for $4.17/month. At this time, T-Mobile has the device in stock and ready to ship immediately. You can order now from T-Mobile’s online store.

Announced on the carrier’s website but not yet available for purchase, the “TVision Hub” is a streaming dongle with essentially the same form factor as the Chromecast with Google TV. However, there are two key changes to T-Mobile’s Google TV dongle.

Notably, the name “TVision Hub” was used by an Android TV device sold by T-Mobile last year, before the company killed its live TV service of the same name.

For one, there’s a clearly difference remote which has dedicated power and input controls for the TV as well as power for the box, a live TV guide shortcut, and three app shortcuts to YouTube, Netflix, and some sort of T-Mobile-branded TV app. It’s unclear what this might be given that T-Mobile shuttered its “TVision” service that this dongle is branded after early this year, pushing customers over to YouTube TV. Our guess is that T-Mobile has created some sort of app to pull in curated or subsidized content by T-Mobile itself.

The other notable change is that T-Mobile’s Google TV dongle has a built-in Ethernet port. This appears to be paired with a microUSB port for power, but T-Mobile’s website says USB-C is available.

As detailed by SEI Robotics on Twitter, this device is using the Amlogic S905Y4 chip. This is a newer and stronger chip than what’s found in the Chromecast with Google TV, and comes with AV1 decoding. Notably, too, this device is based on Android TV OS 11 out of the box, an update the Chromecast has yet to see.

It’s unclear if T-Mobile is making any changes to Google TV’s UI, but the product page notes 4K HDR support. Apparently, this device will be free with new T-Mobile Home Internet customers. The full price isn’t entirely clear, but it seems like it may be just $50.