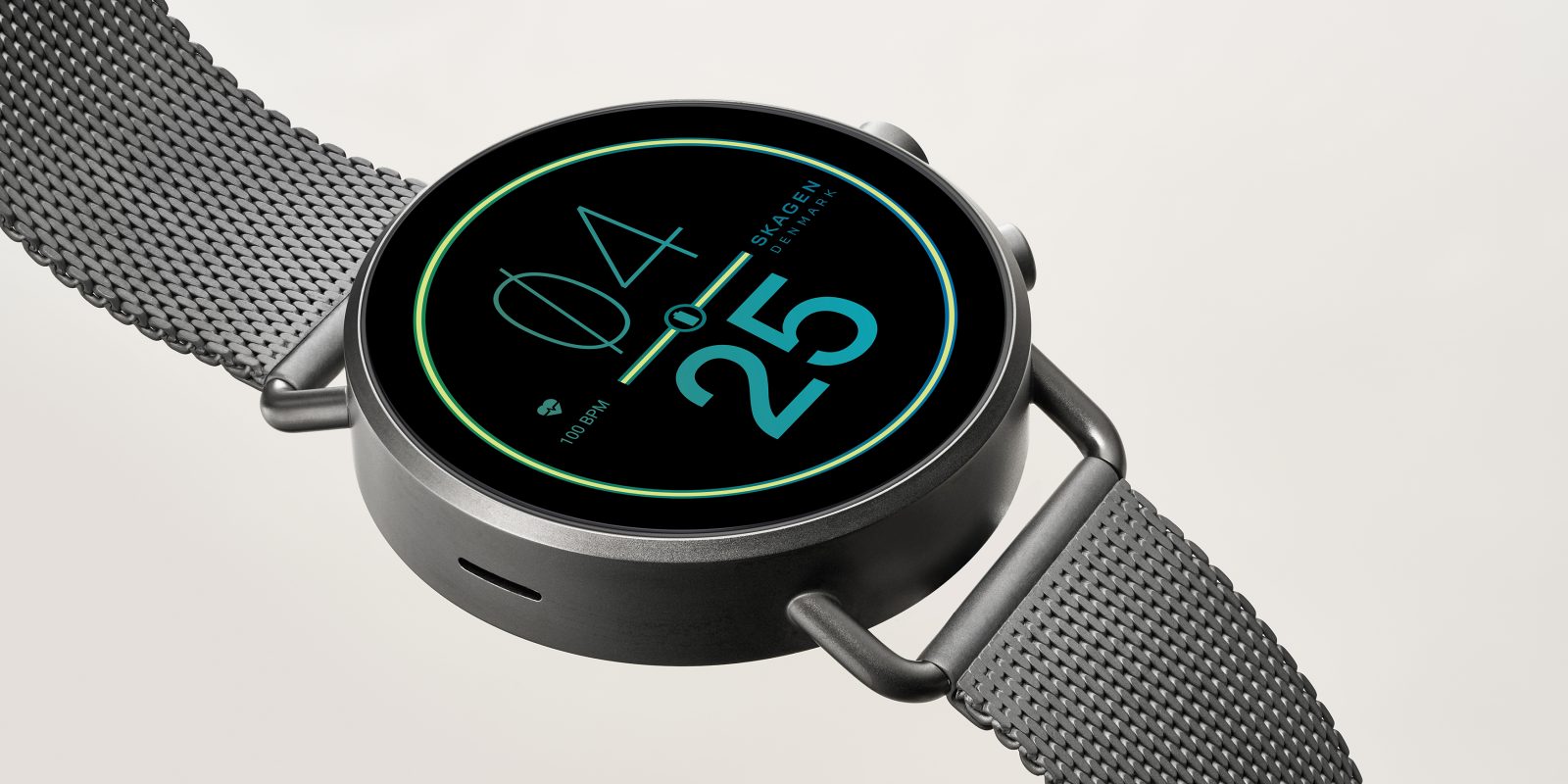 Style has always been a strength on Wear OS, with more choices for design and often classic watchmakers at the helm. This week, Fossil Group is introducing the Skagen Falster Gen 6, which brings next-gen capable specs to one of our favorite hardware designs.

Skagen Falster Gen 6 has a design that’s virtually identical to the previous Falster generations, just with some improvements across the board. The size of the watch is the same width as the Falster 3 at 42mm, but it’s slightly thicker at 11.5mm.

Update: Fossil tells us that the Falster Gen 6 is, in fact, a 41mm watch, despite spec sheets previously claiming otherwise. This would make it the same size as the original Skagen Falster, and one of the smallest Wear OS watches in recent memory — and certainly the smallest with a Snapdragon 4100.

On the outside, the biggest change is the charging ring, which is now better sealed inside of the design to prevent the metal rings from coming out as was a common issue on Gen 5 products from Fossil Group. The Falster Gen 6 also supports 20mm watch bands, a slight step back from the 22mm straps that Falster 3 had adopted, with a mesh steel band being the default. The same 1.28-inch AMOLED display is in use, too.

Under the hood, Skagen Falster Gen 6 is running Qualcomm’s Snapdragon Wear 4100+ chipset, 8GB of storage, and 1GB of RAM. It further has 3ATM water resistance, a rotating crown for a power/primary button, and two additional buttons that can be defined by the user. NFC, Bluetooth 5.0 LE, and a heart rate sensor round out the spec sheet.

Pricing for the Skagen Falster Gen 6 lands at $295, depending on which band/finish is selected. The smartwatch is available today from Skagen.com and other online retailers, such as Amazon.