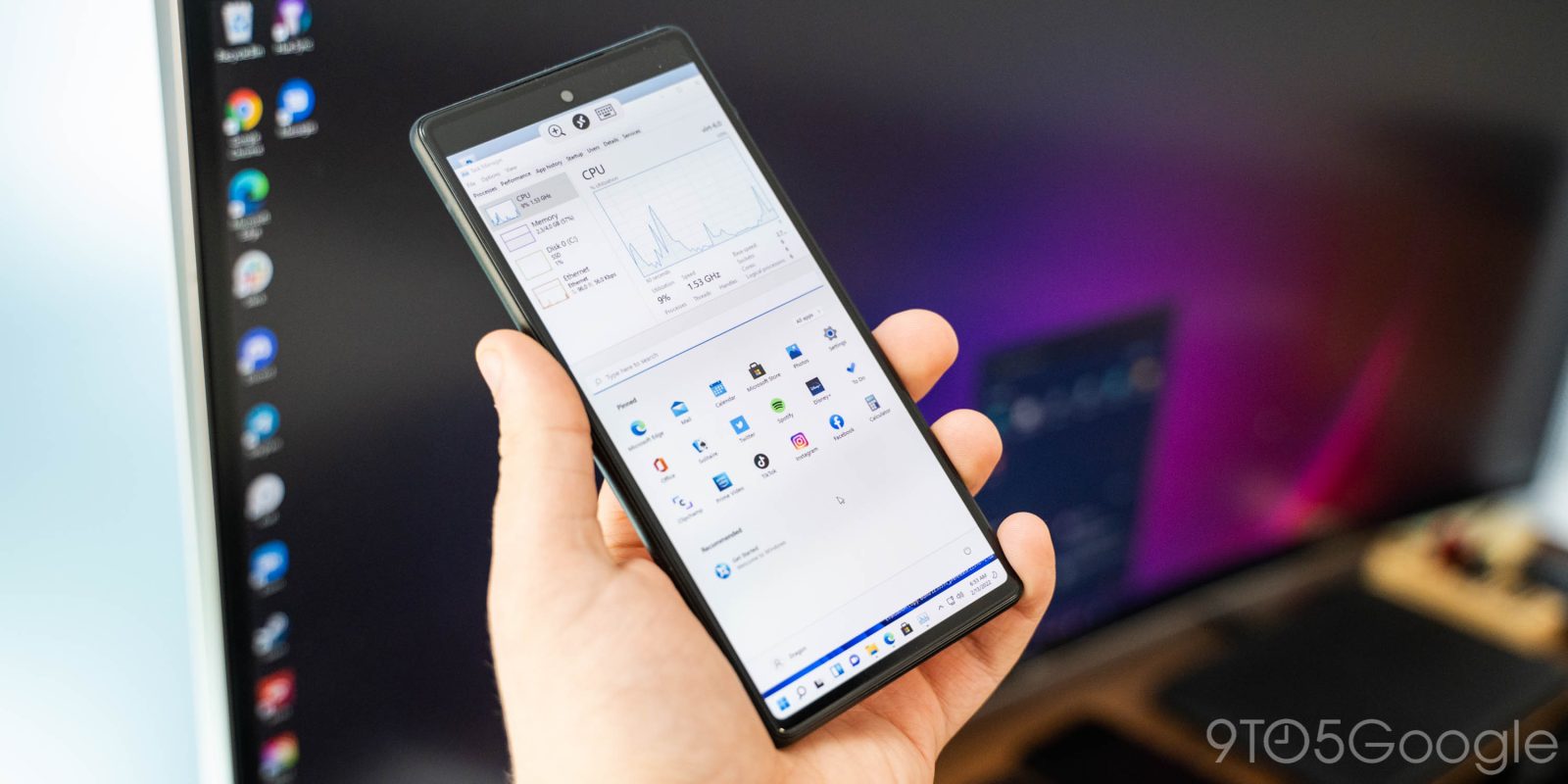 Android is already a flexible platform, but it seems power users will get even more flexibility in the next major update. Thanks to Android 13, phones such as the Pixel 6 are able to run virtual machines for Windows and Linux with better performance and fewer headaches.

Android developer Danny Lin (aka kdrag0n), known in part for his recent work on Repainter, took to Twitter over the weekend to share that he was able to achieve “full-blown virtual machines” on the Pixel 6 thanks to Android 13’s first developer preview. This includes running virtual machines with “near-native” performance of various Linux distros as well as Windows 11.

How is this possible? It comes down to Android 13 featuring better handling of virtualization. Android 13 supports a common hypervisor in the form of KVM — a kernel-based virtual machine. The technical details of how exactly this works get very complicated, but a recent deep-dive helps make sense of it.

In short, Android 13 enables a more consistent experience when creating virtual machines than was previously possible, leading to this week’s developments.

Clearly, Google’s work has paid off too. kdrag0n says that the performance running Windows 11 is “usable” on the Pixel 6 with Google Tensor, despite lacking graphics acceleration. It even managed to run Doom! It’s in clear contrast to other attempts we’ve seen to run Windows on Android phones in the past.

Now, this doesn’t necessarily mean that you’ll be able to boot up Windows or Linux on a whim when Android 13 comes to its final release. Google’s primary use for this improved virtualization is for the sake of security and handling DRM. But, clearly, it’s something that’s going to expand what Android is capable of, and that’s always exciting.