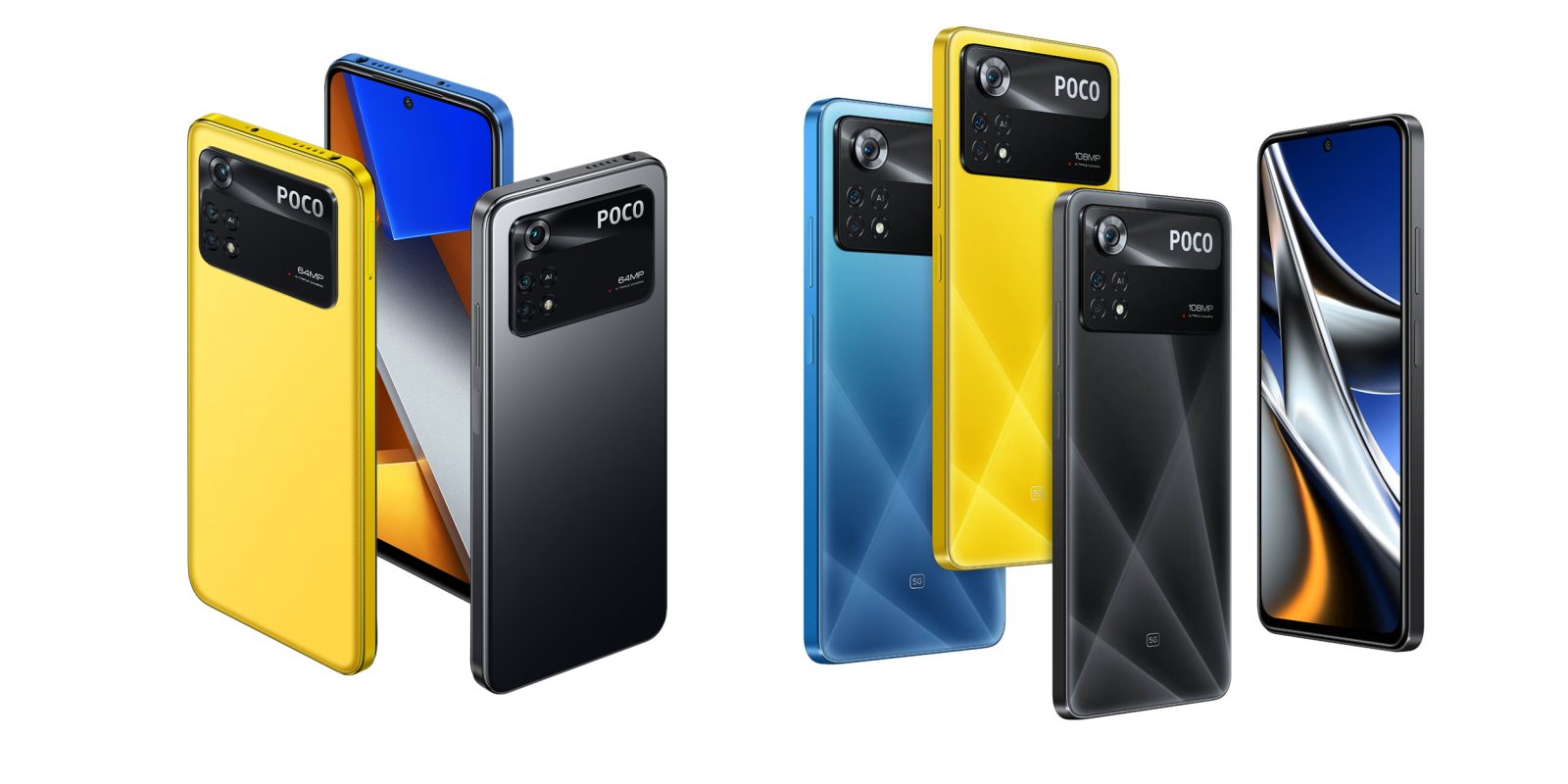 Xiaomi has increased its affordable enthusiast Poco lineup options with the launch of the Poco M4 Pro and Poco X4 Pro 5G.

The Poco X4 Pro 5G, meanwhile, offers a fairly sizable step up over the impressive X3 series from last year. It packs in a 6.67-inch 120Hz AMOLED panel that has a 360Hz touch sampling rate at 2,400 x 1,080 pixels or FHD+. This improved display is powered by the Qualcomm Snapdragon 695 processor along with 6/8GB RAM, 128/256GB of onboard storage, and relies on a 5,000mAh battery. 67W fast charging is also included but there is no room for wireless charging this time around. However, Xiaomi has added an IP53 water and dust resistance rating for added protection.

Another big improvement here is in the camera department. The Poco X4 Pro 5G packs a 108-megapixel 1/1.56” main sensor. This is paired with an eight-megapixel ultrawide and two-megapixel macro sensor. This is quite a leap over the 48-megapixel sensor used on the X3 series last year, and with nine-to-one pixel binning it will produce 12-megapixel shots in the auto mode. As for the selfie camera, that is rated at 16-megapixels here too.

Both devices will ship with MIUI 13.0 atop Android 12, with a number of added features coming to the latest software build for western markets. You’ll be able to pick up the duo in selected regions from March 2 with the base models priced at €219 (6/128GB) and €299 (6/128GB) respectively. Xiaomi is sweetening the deal with two months of free YouTube Premium for all early buyers and discounted “early bird” prices for both Poco X4 Pro 5G and Poco M4, starting from €249 and €179 respectively.