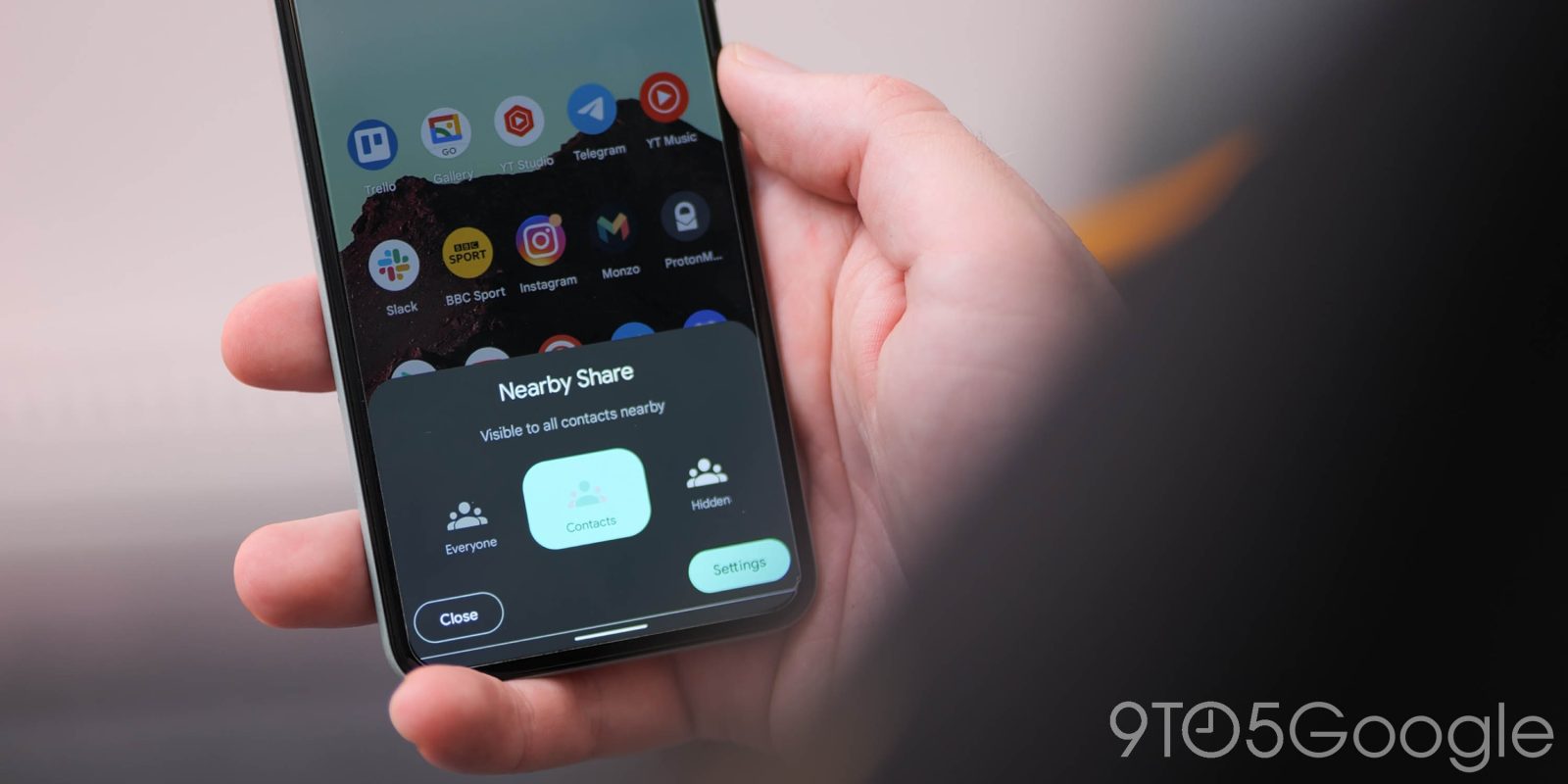 Nearby Sharing, Google’s answer to AirDrop, is gaining the ability to send files and more to more than one Android or Chrome OS device at the same time.

First launched a few years ago, Nearby Sharing started out as a simple way to share photos, files, contacts, and more between Android phones and tablets. Things expanded from there to let Chromebooks both send and receive through Nearby Sharing, making it easy to copy from your phone to laptop and vice versa. Most recently, it also became possible for Windows devices to receive via Nearby Sharing.

Up to this point, though, it’s only been possible to send to a single recipient at a time, making it impossible to do things like the sometimes humorous prank of mass-sending a meme to all AirDrop devices in a room. Instead, you had to send to one person, wait for that to finish, then send to someone else. While this missing feature was a minor inconvenience at worst, Google is enhancing Nearby Sharing to make it easy to send to multiple recipients.

As seen in Google’s demo of Nearby Sharing above, you still have to select one recipient at a time, but you can continue to choose additional people to send your file to. Somewhat surprisingly, the feature seems almost identical to how it appeared when our APK Insight team first enabled it over a year ago. It’s not clear at this point when or if this Nearby Sharing expansion will arrive for sending from Chrome OS devices.

The ability to use Nearby Sharing with multiple recipients comes as part of Android’s latest seasonal slate of updates, alongside improvements to Google Messages, Gboard, Google TV, and more.