Google prepares to open up Nearby Share to everyone near you, multiple people at once 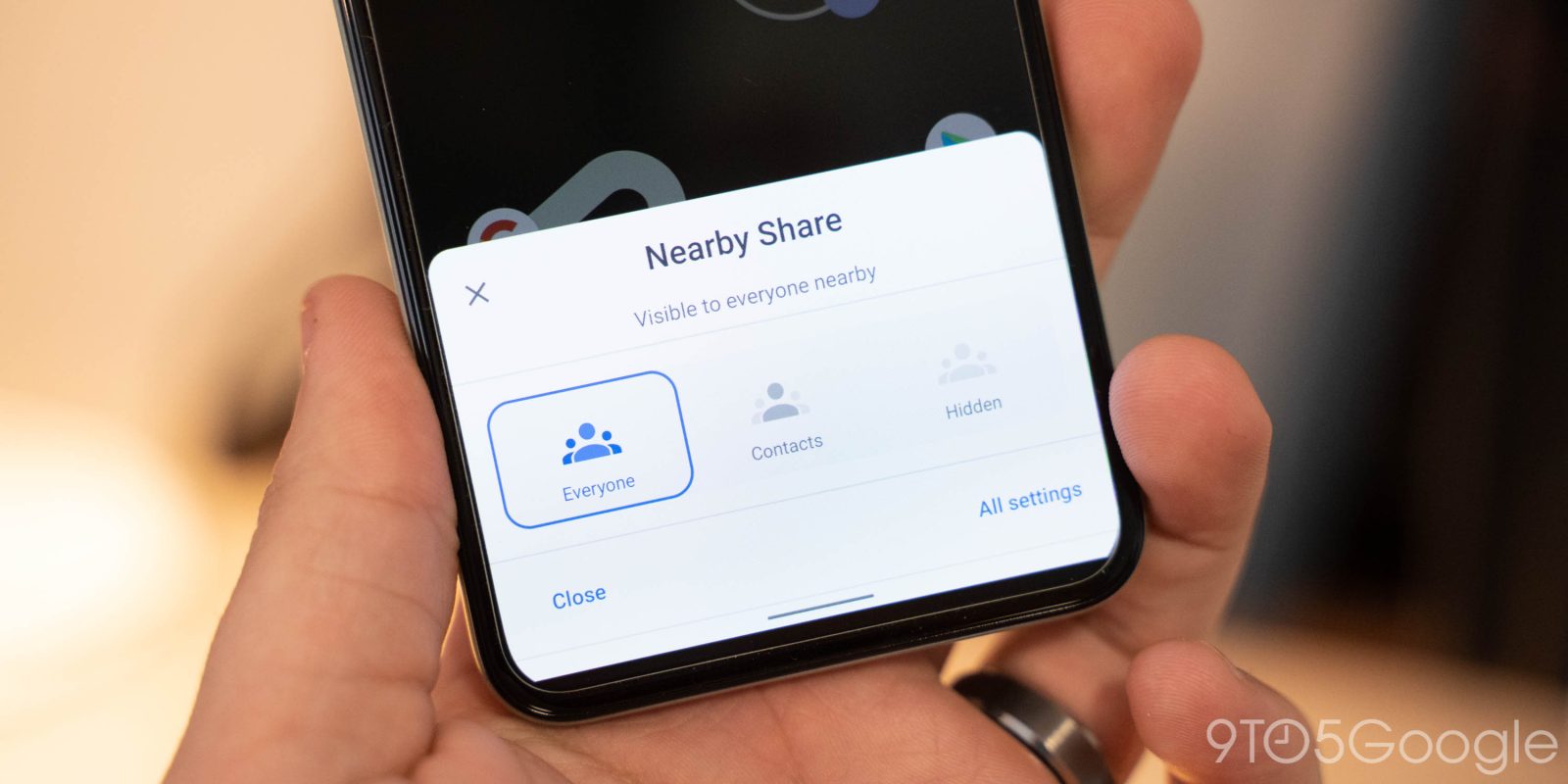 After years of users clamoring for the functionality, Google finally debuted its own version of Apple’s AirDrop last year. Now, we’ve spotted what’s next for Nearby Share — the ability to see everyone around you and to send files to more than one person at once.

Nearby Share is already useful in its current form, but there’s plenty of room for improvement. As it stands today, the feature can only share files, links, and other bits of information to one person and one device at a time, and that person needs to be a known contact as well.

In a coming update, Nearby Share will extend visibility to any device near you, with the setting appropriately being called “Everyone.” The setting is, of course, optional, but it will allow anyone near you to share media with your device as long as your screen is unlocked. Apple’s AirDrop has a similar feature which, sometimes hilariously, can be abused in schools and other places. To prevent that sort of abuse, though, Nearby Share will offer a “temporary mode” that switches back to the previous, contacts-only start after 5 minutes. With this change, the “All Contacts” mode changes to a toggle rather than a dedicated mode.

We’ve also discovered that the Nearby Share quick settings toggle will soon launch a revamped pop-up menu using the same bottom sheet UI. This new menu allows a quick swap between the “Everyone” and contacts options. Currently, tapping that icon immediately launches a Nearby Sharing window, but when this new visibility setting is added, that UI will be replaced by the ability to switch visibility options. The quick settings icon will also indicate whether or not the feature is turned on – definitely an appreciated addition.

Beyond this, we’ve also discovered that Nearby Share will soon support a form of group sharing. This allows users to share their information not just to one device or contact, but to multiple targets in the same go. Unfortunately, this feature is not fully working just yet. You can see below how it will look when in use, but when we attempt the feature, it fails.

Notably, it seems like this feature won’t share media to all devices at the exact same time, but rather one at a time in succession. That could change before the final release, though. Still, it’s a substantial improvement over the current state.

The timeline for these features making their formal debut is unknown at the moment, unfortunately, as is often the case with early findings like this. Google didn’t formally release Nearby Share for over a year after we first discovered it, for example. Still, it’s nice to see that Google is actively working on expanding the scope of this very useful feature.