[U: More images]Samsung Galaxy A53 leak leaves little to the imagination with renders, specs 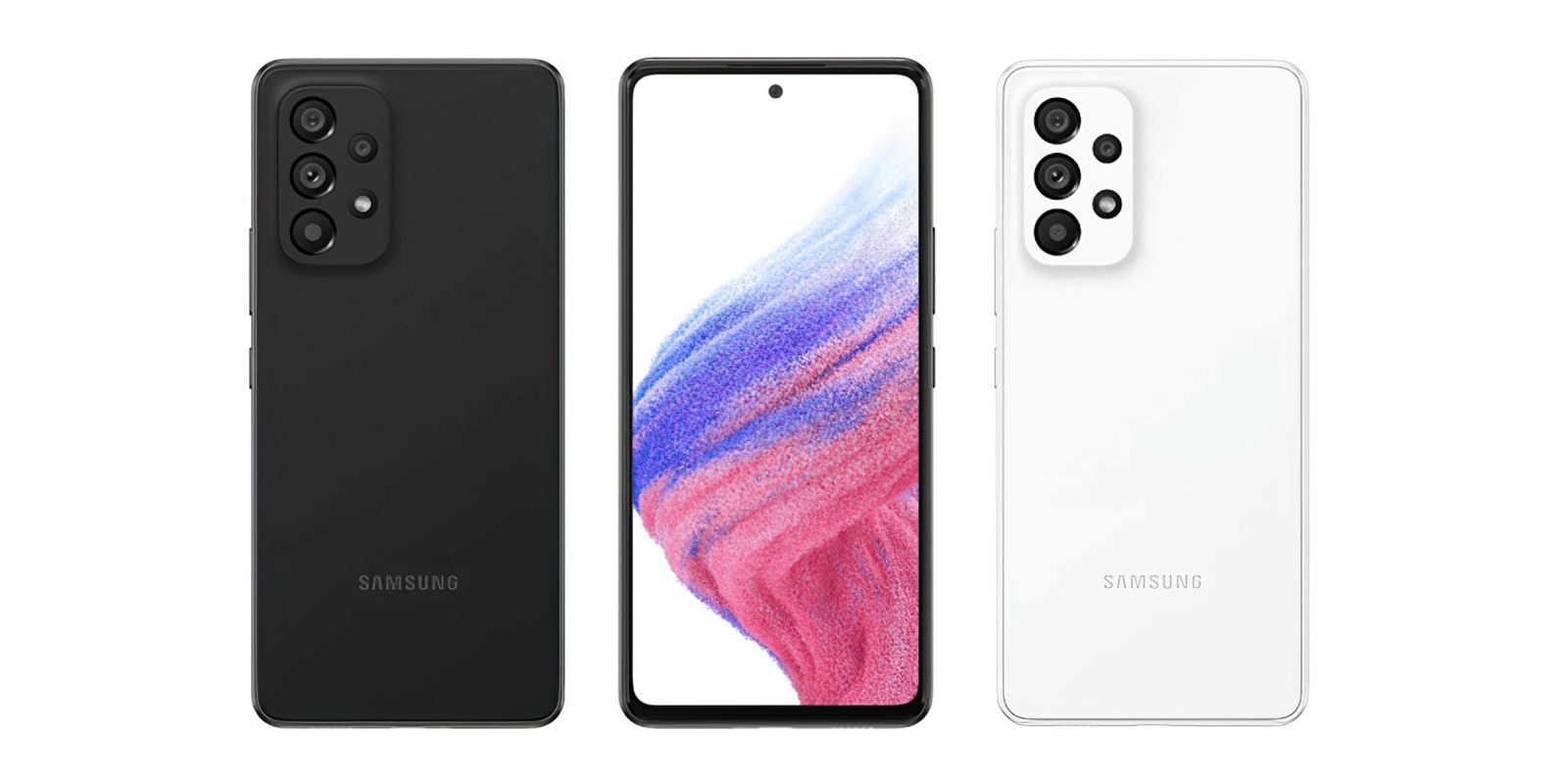 Samsung’s popular Galaxy A-Series is slowly rolling out its latest generation of devices, and it seems the Galaxy A53 is not far away from its formal launch. This week, a huge leak divulges just about everything you need to know about the Galaxy A53, including its specs and some official-looking renders.

The folks over at WinFuture have published a full breakdown of the Galaxy A53, giving us our best look yet at the phone’s design as well as what specs it will deliver.

Looking at those specs, the Galaxy A53 appears to be a mostly modest upgrade over its predecessor. The report mentions the use of a 6.5-inch FHD 120Hz display with a built-in fingerprint sensor under the glass. The chipset is apparently set to be a new Samsung mid-range chip, likely the Exynos 1200, at least in some markets. That chip will be paired with either 6GB or 8GB of RAM and “at least” 128GB of storage with a microSD expansion slot. Battery size comes in at 5,000 mAh, a fairly big upgrade over the previous model, with the phone also supporting 5G. Many of these specs were seen in a previous regulatory leak.

Meanwhile, in the camera department, the Galaxy A53 will apparently offer up a 64MP primary camera, 12MP ultrawide, and two 5MP rear cameras for depth information and macro shots. A 32MP sensor lives inside of a hole punch on the display.

In terms of the physical hardware, the design seems almost unchanged from the Galaxy A52. Black and white models are shown off with this report, with the white design being particularly striking in these official-looking renders.

A firm release date for the Galaxy A53 is unknown at this point, but the device and its upgrade specs package would likely arrive around the same time as its predecessor. The Galaxy A52 was released in March 2021, so it’s probably a safe bet that the A53 will follow suit.

Update 3/2: WinFuture has come back with more renders of the Galaxy A53, this time depicting the phone in higher-resolution shots as well as showing two new colors — blue and orange. We’ve swapped out the above shots in black and white with the high-resolution versions.

Update 3/16: Evan Blass has posted another batch of Galaxy A53 renders depicting all four colors, confirming the 6.5-inch display and device dimensions, and showing off some of Samsung’s key marketing points including what seems to be 2-day battery life.

Samsung is expected to unveil the Galaxy A53 tomorrow, March 17.