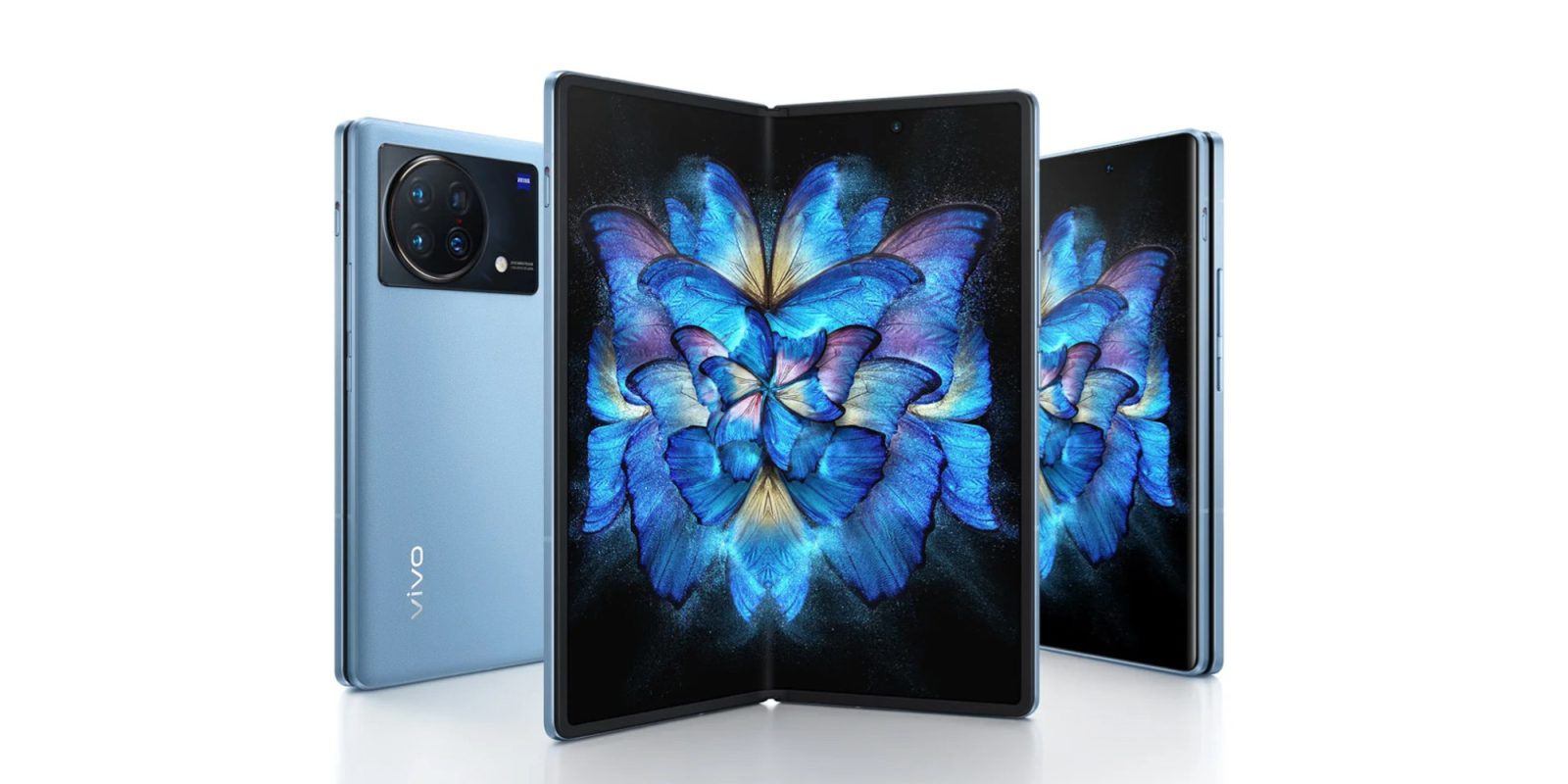 The foldable phone has become a popular device category, and the market is on the rise. Vivo has announced that the company is also capitalizing and releasing the Vivo X Fold, which will be a China-exclusive.

As you would expect from a foldable, the Vivo X Fold notes quality in a lot of ways. First off, the inner display is housed under the same stuff Samsung uses in its Galaxy Z Fold 3, a layer of UTG (Ultra Thin Glass). Under that display is an 8.3-inch LTPO2 AMOLED panel that runs at 120Hz. The outer display is also AMOLED coming in at 6.53 inches, which also runs at a high 120Hz refresh rate.

As pointed out by GSMArena, this hinge takes a few cues from Samsung and Oppo. Between the two sides is a floating wing hinge that stops at angles between 60 and 120 degrees, allowing users to position their X Fold at the best viewing angle.

Under the display are some highly regarded internals. The SoC Vivo went with for the X Fold is a Snapdragon 8 Gen 1 with 12GB of RAM to accompany it. To power the device is a 4,600mAh battery with Vivo’s quick charge, which would get you a full charge in 37 minutes thanks to 66W of raw energy running through that cable. In addition to wired, the X Fold will have wireless charging up to 50W.

To add to the laundry list of high-end specs, the camera array is genuinely beefy as well. The main sensor is a 50MP f/1.8 setup with OIS powered by Samsung’s GN5 sensor, a similar sensor to what’s found in the Galaxy S22 series. To accompany it is a 12MP 2x zoom lens and a 5x periscope zoom camera. For wide shots, the X Fold also has a 48MP 114-degree setup. This whole array is backed by Zeiss – in case you missed the Zeiss branding on the array – and has a few features to make the experience a little more professional. Users will be able to take advantage of Texture Portrait, Motion Capture 3.0, Zeiss Nature Color, and more.

As mentioned, Vivo’s new foldable will be a China-exclusive for the time being with no certainty of expansion. The Vivo X Fold comes in three colorways: Black, Blue, and Grey. As for price, users are looking at CNY 8,999 or around $1,415, which makes it a genuine competitor to the Galaxy Z Fold 4.

Editor’s Note: This article’s headline has been updated to correct an erroneous statement regarding the camera sensor.