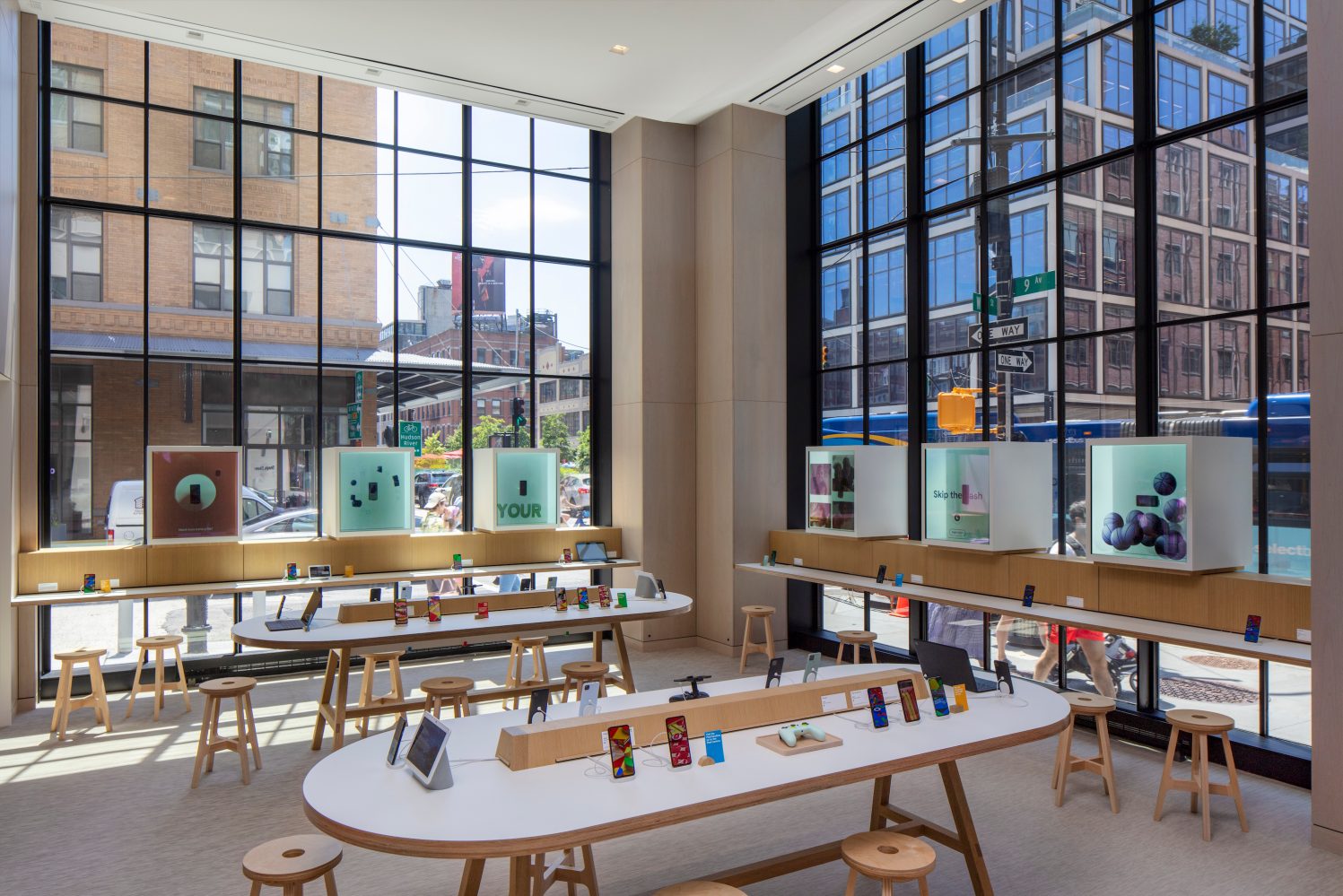 Made by Google opened its first permanent retail store last June. Since then, Google Store Chelsea has hosted a number of events and April will see a handful of sessions, including one about making Pixel Planters for Earth Day.

Past events let people watch the Pixel 6 livestream in person, while there was even a “Halloween Celebration” involving spooky stories and tasty treats. Events continued with a Pixel Photography Walk in November. Sessions in 2022 started with a “Feature Focus Series” about the Magic Eraser on the Pixel 6, and there was a Women in Tech talk with Googlers in March.

Every year, more experts warn us about the catastrophic repercussions of continuing to extract polluting resources from the environment. And as those consequences forecasts draw ever nearer, companies like Google have a greater responsibility to change. Join Okalo Ikhena (Head of Delve, Sidewalk Labs) at the Google Store Chelsea on Thursday 4/21 for a discussion on designing, building, and optimizing for sustainable spaces. Also, they’ll discuss how Google is using recycled materials, meeting higher energy standards, and building hardware products to steward a more environmentally conscious future.

Meanwhile, there will be a delightful “Pixel Planters workshop” on Saturday, April 23 from 1:00–4:00 p.m. for families:

While Google has made strides in reducing its packaging and how much recyclable material goes into it, there’s still the issue of what to do with a box after it’s been opened. In the Pixel Planters workshop at the Google Store Chelsea, we’ll help children give used packaging a second life as windowsill planters. They’ll learn more about sustainable technologies and recycling. They’ll also get hands-on experience with gardening basics as they decorate their recycled planters and start growing succulents of their own.

The last events on the current schedule are two Pixel Photo Walks. On Sunday, April 24, there will be a focus on “Spring Foliage,” while the May 15th event is focused on “Urban Landscapes.” Both run from 3:00 to 4:00 p.m.

Built on one of the world’s largest naturally covered harbors, the land that would become downtown Manhattan was once defined by its marshlands, crisscrossed by streams and rivers branching off from the Hudson and East rivers. And while much of the water has been filled in, and the swamps replaced with skyscrapers, the natural brilliance of New York’s landscapes and vegetation is still plainly apparent for those who know where to look. Learn how to find and photograph this beauty for yourself with our two Earth Month Pixel Photo Walks. Led by #TeamPixel photographer Karma Lama (@_badkarma), you’ll learn how to use the Pixel Camera’s Ultrawide Lens, Dual Exposure Controls, 4x Optical Zoom, and other features to illuminate the city’s landscapes on April 24th, and its vegetation on May 15th.