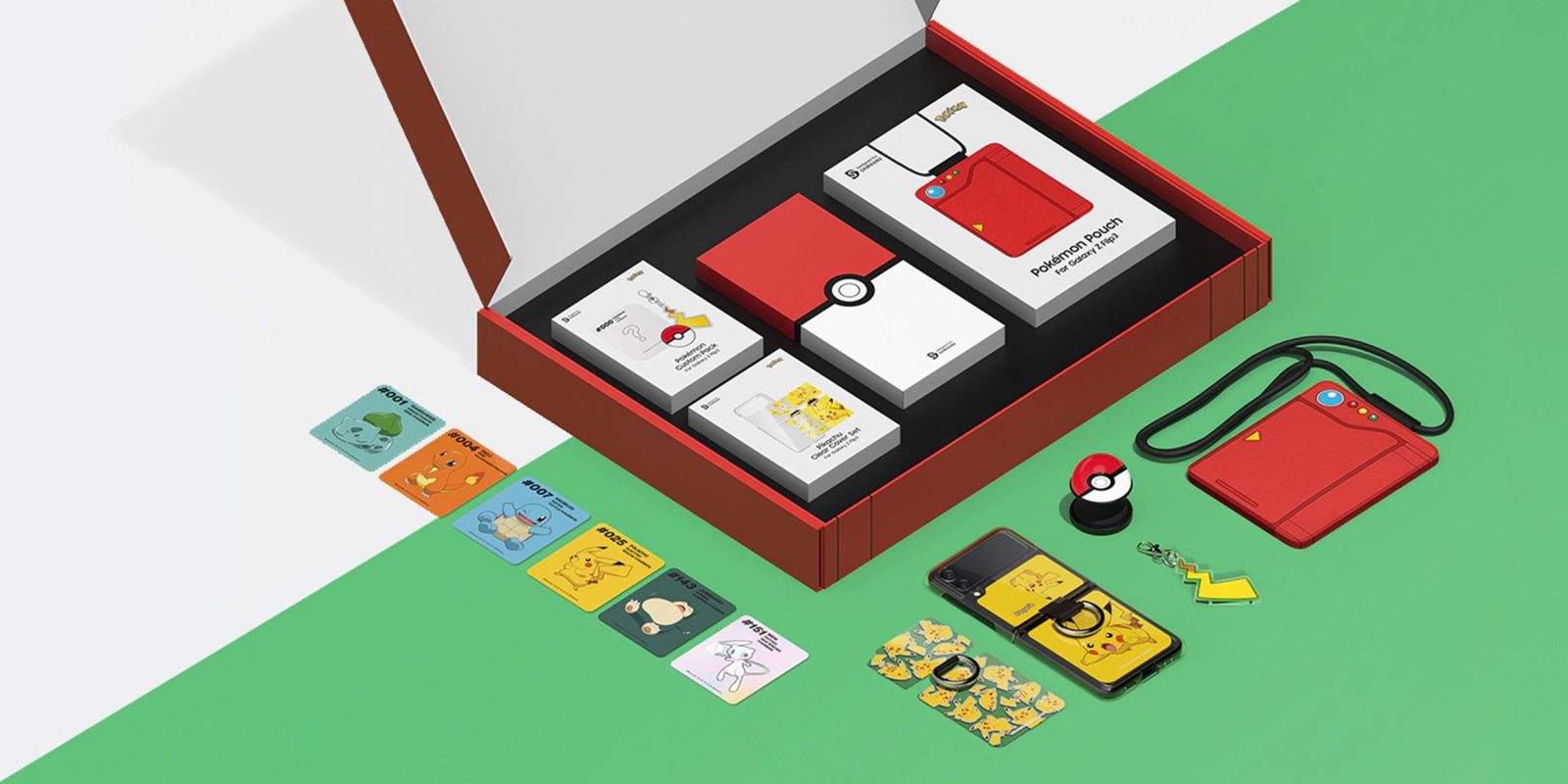 Not content with partnering with the Olympics, BTS, Thom Browne, and numerous other global brands, Samsung is now joining forces with Gamefreak for a limited Pokémon Edition Galaxy Z Flip 3.

For those hoping to see the device outside of Korea, a Samsung spokesperson told Yonhap News that the firm has “yet to device on the launch of the special edition in overseas markets.”

Trainers across the globe will be envious of the Korea-exclusive device, which comes in a special presentation box that contains a number of Pokémon-themed accessories and extras. There is a Pokédex carry pouch, along with a Pokéball pop socket, Pikachu-tail key ring, plus a customizable clear case for the Z Flip 3. The smartphone packaging even looks like a Pokéball to match the rest of the adjustments.

This case includes inserts for the three main starters from Gen 1 — Bulbasaur, Charmander, and Squirtle — plus Pikachu, Snorlax, and Mew. Each case insert includes the Pokédex listing and number and means you can switch up the Galaxy Z Flip 3 on the fly.

As for the Galaxy Z Flip 3, it comes in the standard matte black color but is pre-loaded with a number of software tweaks including Pokémon ringtones, wallpapers, and device themes. It’s unclear if these will be made available via the Galaxy Store at a later date or not, but we are hopeful those of us in global regions will be able to get a taste of these limited extras.

Elsewhere it’s the same old Galaxy Z Flip 3 with Qualcomm Snapdragon 888 processor, 8GB of RAM, and 128/256GB of storage, but we’d wager the maximum will be used here as this is a limited option after all. There’s a dual 12-megapixel camera on the outside, with a 10-megapixel centrally placed punch-hole inside.

One confusing aspect to the entire limited edition is that Samsung isn’t offering a Galaxy Z Fold 3 that is themed like a Pokédex – now that certainly would be something. If you happen to be live in Korea, you can sign up for pre-order notifications direct on the official Galaxy Z Flip 3 Pokémon Edition microsite.