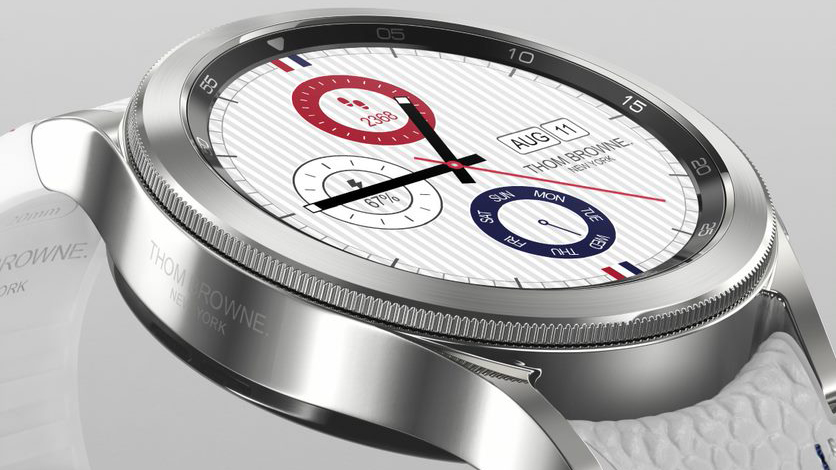 Tonight Samsung is announcing the launch of a new Galaxy Watch 4 variant, a special Thom Browne edition that will sell in limited quantities for nearly twice the price.

Available starting on September 29 from Samsung.com, the Galaxy Watch 4 Classic Thom Browne Edition will be a special version of the smartwatch with a few key changes. First and foremost, is the hardware itself. Samsung says the watch’s body is crafted with a “rare, premium rhodium plating” that has the designer’s logo etched in. Overall, though, it’s the same design here.

The bands are also different with three interchangeable bands including leather, fabric, and rubber designs. The leather and rubber bands adopt the designer’s trademark blue, white, and red color scheme. Even the charging cable/puck adopts that design too as a neat touch.

For now, the Galaxy Watch 4 Classic Thom Browne Edition will only be sold in a Bluetooth variant, meaning there’s no LTE option for using the watch independent of your phone. We’ve also confirmed with Samsung that a version based on the standard Galaxy Watch 4 will not be sold.

This special edition watch will be sold only in limited quantities and will cost $799.