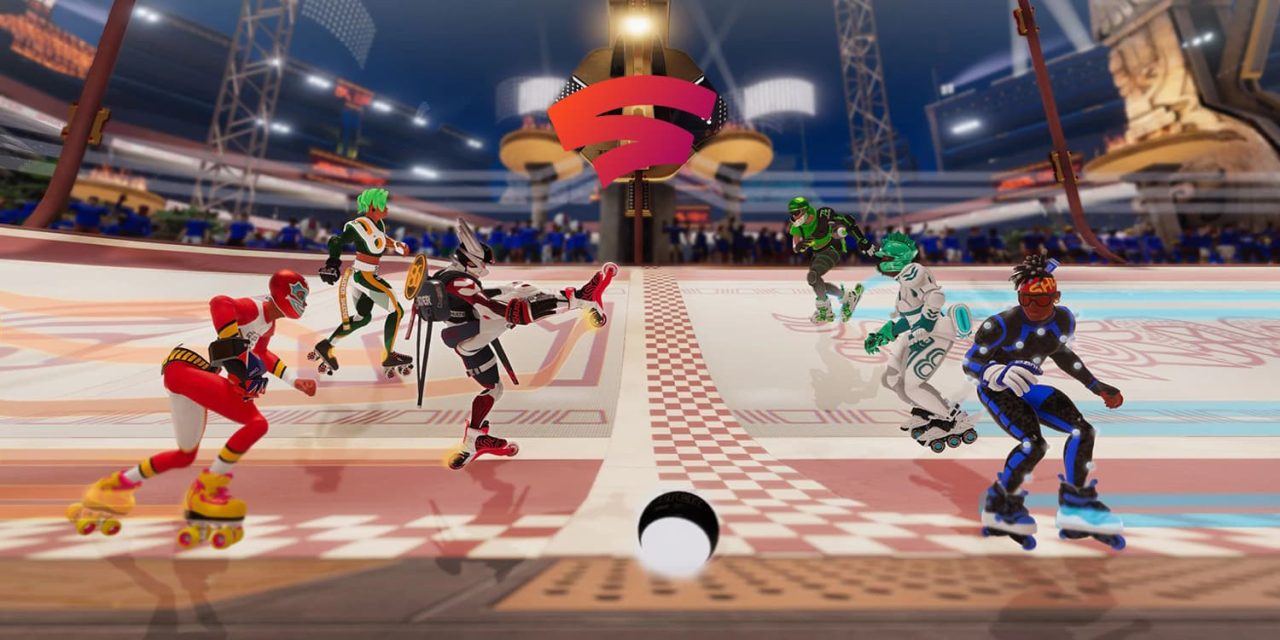 As confirmed last week, Ubisoft is bringing its new game Roller Champions to Stadia. Today, the publisher officially announced everything about the upcoming free-to-play game, as well as announcing that it won’t launch day-and-date on Stadia.

Roller Champions will launch on May 25 across PC and consoles including Xbox and PlayStation. The game supports cross-play and cross-progression linked with an Ubisoft account.

Matches in Roller Champions take two teams of three players with the first to five points being the winner. The game will rank players based on their skills, and players can customize their characters with helmets, gloves, and more. A “Roller Pass” unlocks new items, both with free and paid tiers. The game itself will be free-to-play.

In each match, you and two teammates will face off against another team of three in an elliptical arena. The goal is straightforward – reach five points before your opponents do – and the basics are easy to grasp. Keep control of the ball by skating and passing, steal it from your opponents with a well-timed tackle, and make a full lap of the arena to open up the goal and take your shot.

Stadia, along with Amazon Luna and Nintendo Switch, will be adding Roller Champions at a “later date,” after the May 25 launch on other platforms. Ubisoft hasn’t specified exactly when the Stadia port will arrive.