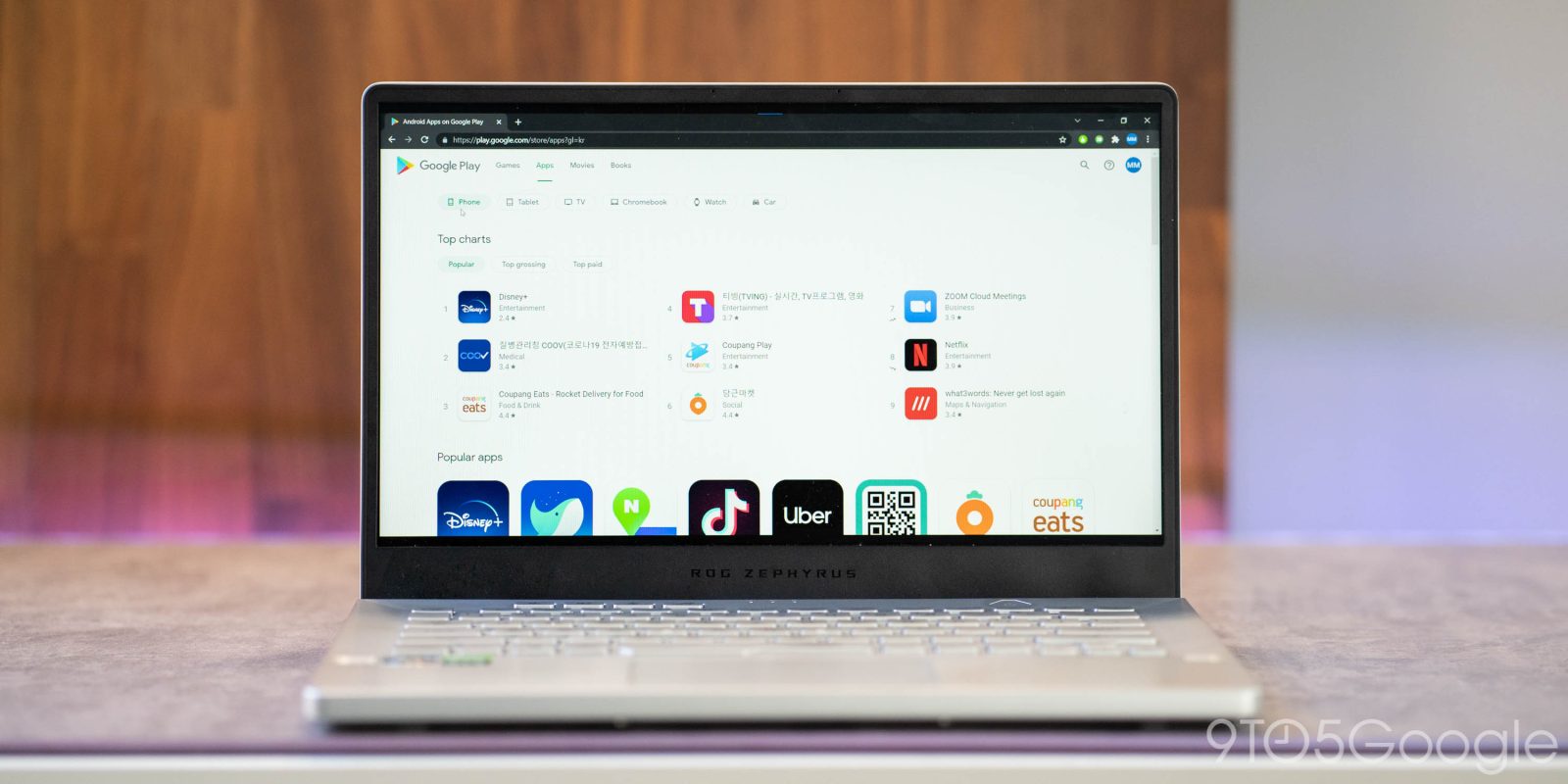 As first tested in November, Google is rolling out a big redesign of the web Play Store that brings it inline with other services after many years of the same user interface.

Original 5/23: For a website, it’s rather app-like and looks right at home on a tablet, though the design shown for large screen Android form factors is a bit different. It starts with the Google Play logo and tabs for Games, Apps, Movies & TV, Books, and Kids. Search is now just a button at the right along with help and your account switcher. This top bar is visible on every page as Google no longer links to “Devices” when the Play Store sold hardware in the Nexus era.

In the Apps view, you get device filters for: Phone, Tablet, TV, Chromebook, Watch and Car. The usual row of app carousels follows. The Games section is similar, though the Watch and Car filters are gone, and there are much larger application previews.

When looking at an app listing, there is now a large section up top that notes key details (rating/reviews, downloads, and rating) against a blurred background. This is rather similar to Play Games for PC. The install button appears below, though the actual prompt and “Choose a device” list hasn’t really been modernized.

The rest of the app listing shows screenshots, About this game, and the Data safety section, while there’s heavy use of a right sidebar to recommend more things to download. As seen in the third screenshot above, it makes for a quite busy view.

Movies & TV gets a similar treatment and has a nice browsing experience, while the Library tab is very much like the Android version. Unfortunately, as far as we can tell, there’s no dark theme. This follows the Android redesign in October that brought over Material You.

Compared to last year, the Google Play Store’s web redesign is more widely rolling out, though not all users are seeing it just yet. It started to appear for people over the weekend and availability appears to be International.