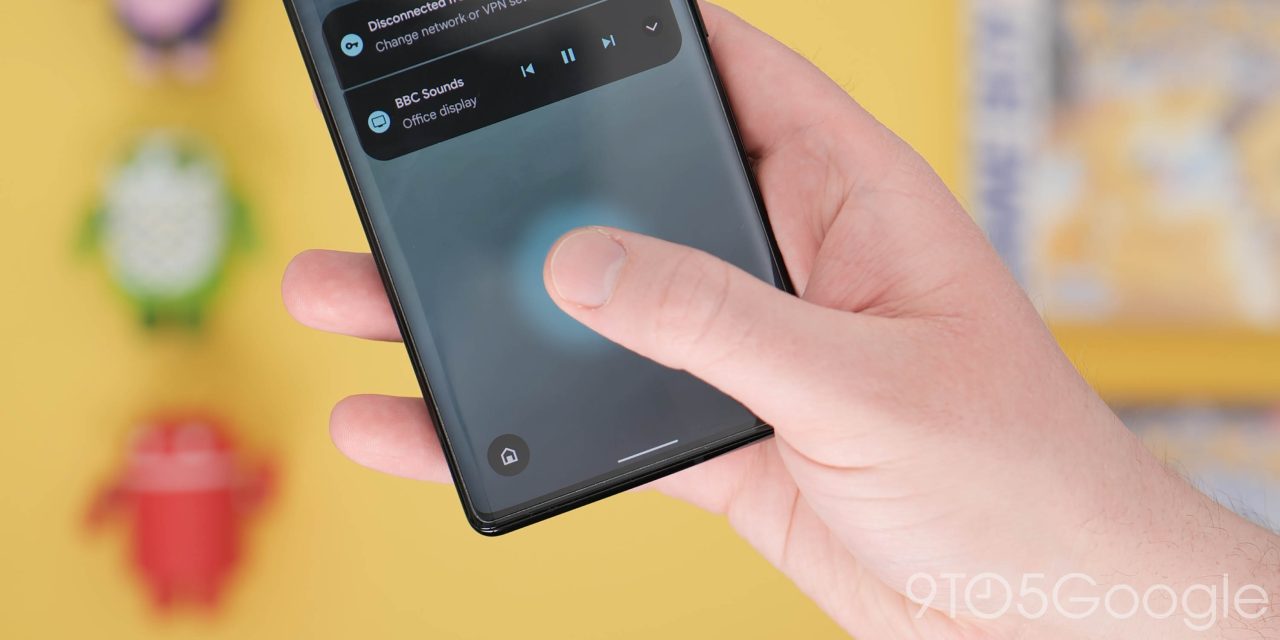 Likely to help improve the process of registering your fingerprint on devices with in-display readers, Android 13 Beta 3 has gained a new enrolment UI.

Of course, with the Pixel 6a and Pixel 7 series yet to be officially available, that means the new UI is currently limited to the Pixel 6 and 6 Pro. If you update a device which already has pre-registered biometric data, you may never actually see this new UI. However, when enrolling a fingerprint or thumbprint, during the latter stages of this process in Android 13 Beta 3, you will see a new animation and guides to help you get a better reading of your finger.

Given the bad press that the Pixel 6 and 6 Pro in-display fingerprint scanners have received, it’s likely that this new guidance and improved UI have been added to ensure better registration processes for all users. We do know that the upcoming Pixel 6a will utilize a different in-display scanner, but it remains to be seen if this new change will help alleviate the Pixel 6 series issues.

By adding a new fingerprint enrolment UI within Android 13, it makes it more obvious just when to begin adjusting your finger and add the extremities or edges. In Android 12, a text prompt alongside guide brackets are currently used, which are actually not entirely visible when pressing your finger on-screen.

Making this change to the fingerprint enrollment section within Android 13 could have major benefits for the upcoming Pixel 7 series, but could also help those with problems with their existing Pixel 6 series handset and ensure better unlock times when using the new unlock method.

Be sure to let us know what you think of this change down in the comments section below. Alternatively, if you have managed to flash the Android 13 Beta 3 build on your device and spotted anything new or noteworthy be sure to reach out on Twitter.