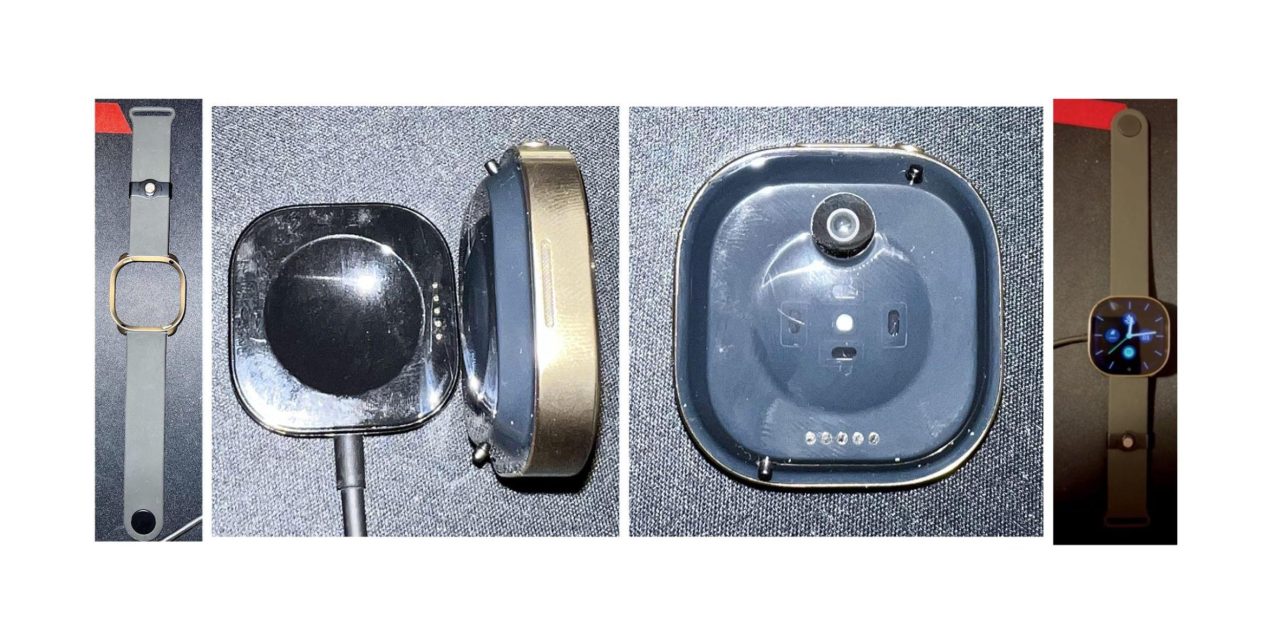 For the past two years, Meta’s Reality Labs hardware division has been working on a smartwatch that was just canceled this week, though not before extensive details fully leaked out.

Revealed by Bloomberg today, this Android-powered Meta smartwatch is a rounded square with iPhone 12/13-esque side rails that are quite thick with long pill-shaped and circular buttons.

Cameras serve as the defining feature with a 5-megapixel front-facer and 12-megapixel one on the back that’s accessed by removing the watch from the frame that bands attach to. The rear-facer caused some design issues with Meta’s goal of using wearables as an input method for AR glasses:

The second camera was designed so users could remove the watch face from its strap to quickly take pictures. But the presence of the camera caused issues with another feature for translating nerve signals from the wrist into digital commands, the person said. Having that technical ability, known as electromyography, is a top priority for Meta.

This frame design is not all too different from 2016’s Fitbit Blaze. Battery life is said to be rated at 18 hours, like the Apple Watch, with Wi-Fi, GPS, and cellular (eSIM) connectivity.

Meta told employees working on the project this week that it would not be released, but the company is still developing “multiple other wrist-worn devices,” according to Bloomberg. This move comes as the company faces cost-cutting measures and other big hardware efforts like smart glasses and AR headsets.