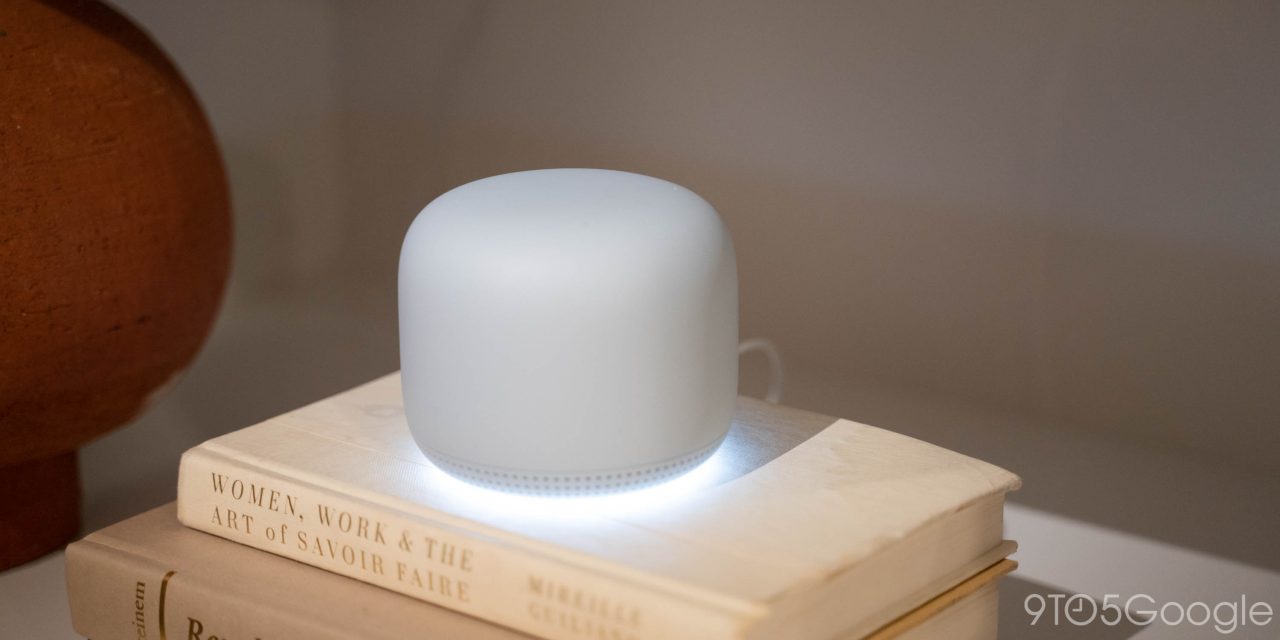 A source has shared new details about the next mesh router in the Google/Nest Wifi series, including the introduction of Wi-Fi 6 and a return to the simplicity of the original Google Wifi.

Update 9/18: According to a leak, this Wi-Fi 6E router will be sold as the “Google Nest Wifi Pro.” It notably has a higher starting price and no point unit.

First unveiled in 2016, the Google Wifi series is designed to make a fast and stable internet connection available throughout your home. Under the hood, this experience is powered by mesh networking, but Google generally does a great job of making things as simple as possible to set up.

Part of this simplicity was in the hardware itself, as the original Google Wifi (and its 2020 rerelease) use the same hardware for both the base router that connects to your modem and the mesh points that extend your network’s signal.

In 2019, the line was expanded to include the Nest Wifi system, which ever so slightly complicated things by having two distinct pieces of hardware. These were the base Nest Wifi router and the Nest Wifi point, which cleverly doubled as (an excellent) Google Assistant speaker.

According to a source, the company’s next router will see a return to the unified design of the original Google Wifi. Like before, you’ll be able to buy the next Nest Wifi in packs of one, two, or three, depending on the needs of your home. So far, we are unable to confirm whether the new router will feature a Google Assistant smart speaker like its predecessor.

Shortly after Nest Wifi first launched, it was outmoded in the eyes of networking enthusiasts due to the formal launch of Wi-Fi 6. The Pixel series adopted Wi-Fi 6 with the Pixel 6 generation, but the standard began its broader public adoption with the iPhone 11 in 2019. The source has confirmed that the new hardware will gain the benefits of Wi-Fi 6 and, potentially, also Wi-Fi 6E.

In the best-case scenario, a Wi-Fi 6–powered Google Wifi router could be capable of providing 9.6 Gbps of data across your connected devices, a huge improvement over the 3.5 Gbps maximum of Wi-Fi 5. Beyond these raw speed improvements — which internet providers now need to catch up with — Wi-Fi 6 is also optimized for the smart home reality of having many devices in close proximity and on the same network. As you update individual devices to ones that support Wi-Fi 6, you’ll gradually notice improvements across the network.

Meanwhile, Wi-Fi 6E, an as yet unconfirmed feature for this next Google/Nest Wifi, adds a third band of signal to the mix. Up to this point, Wi-Fi routers have connected in the 2.4 GHz and 5 GHz spectrum. Over time, these ranges have become more crowded, especially in urban areas. To counteract potential interference, Wi-Fi 6E uses the 6 GHz spectrum.

While Wi-Fi 6E wouldn’t have any direct effect on your max connection speed, it should get you closer to a “best-case scenario” for your home network. More importantly, as the Google Wifi series has always been built to make things easy, you don’t need to think much about the exact improvements of Wi-Fi 6 and 6E.

We’ve also heard that Google’s upcoming mesh router could be released in several colors, like the Nest Wifi before it. The new device is expected to have a color palette that is complementary to other Nest and Google devices releasing this year.

Given every other Google Wifi device has launched at the end of the year, it would make sense for this Wi-Fi 6 capable Nest Wifi successor to be announced during the Pixel 7 event this fall.