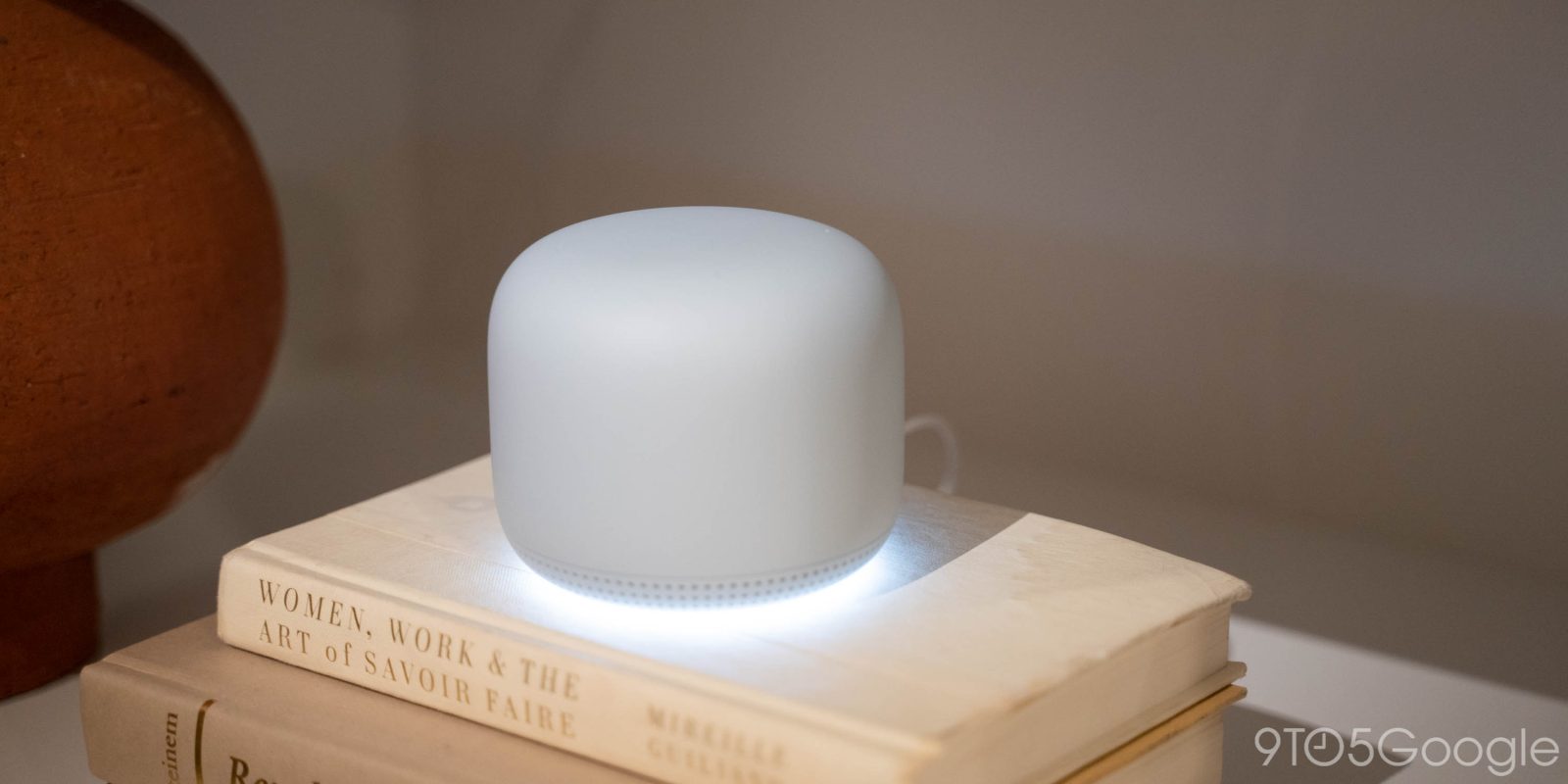 Back in June, we reported that Google was working on a new Wi-Fi 6 router, and it has now leaked as the “Nest Wifi Pro.”

This device hit the FCC just over a month ago, and B&H has now listed it as the “Google Nest Wifi Pro 6E Router.” The name is presumably just “Google Nest Wifi Pro,” with the product page confirming the use of Wi-Fi 6E, which is the latest available connectivity standard that maxes out at 9.6Gbps in ideal conditions. Additionally:

The core difference between Wi-Fi 6 and 6E is the use of a third range of bandwidth, roughly between 6 GHz and 7 GHz. Generally speaking, Wi-Fi 6E shouldn’t have a direct impact on the potential speed of your home/office network. Instead, that 6 GHz band is typically less crowded, meaning there’s less potential for home devices to interfere with one another.

A 2-pack costs $299.99 and 3-pack is $399.99, while the Nest Wifi Pro is available in Snow (white), Linen (light brown), Fog (light blue), and Lemongrass (light yellow/green). This color lines up with recent products like the Pixel Buds Pro, Nest Doorbell (battery), and upcoming Pixel 7. Besides that, we know nothing else about the physical design.

Meanwhile, none of the listings mention a point, which acts as a network extender and Google Assistant speaker. This is a return to the Google Wifi model of offering just one device. The price difference with this single-hardware approach is not that much as a Nest Wifi router and point bundle today ($269), while adding another point brings you to $349. In return, every unit has an Ethernet jack.

The “Pro” naming scheme implies that the existing Nest Wifi will stick around, and follows the Pixel 6 and 7 Pro, as well as Pixel Buds Pro.

This listing clearly went up prematurely, and B&H says Google’s Nest Wifi Pro is a “New Item – Coming Soon.” It’s expected to launch at the Made by Google event on October 6 alongside the Pixel 7 and 7 Pro, as well as the Pixel Watch. Google said to expect Nest hardware at this event, and this new Wi-Fi router could join the 2nd-gen Nest Doorbell (wired) that we leaked last week.