Nothing Phone (1) unboxing and first impressions: Cyberpunk cousin of the Pixel 5 [Video] 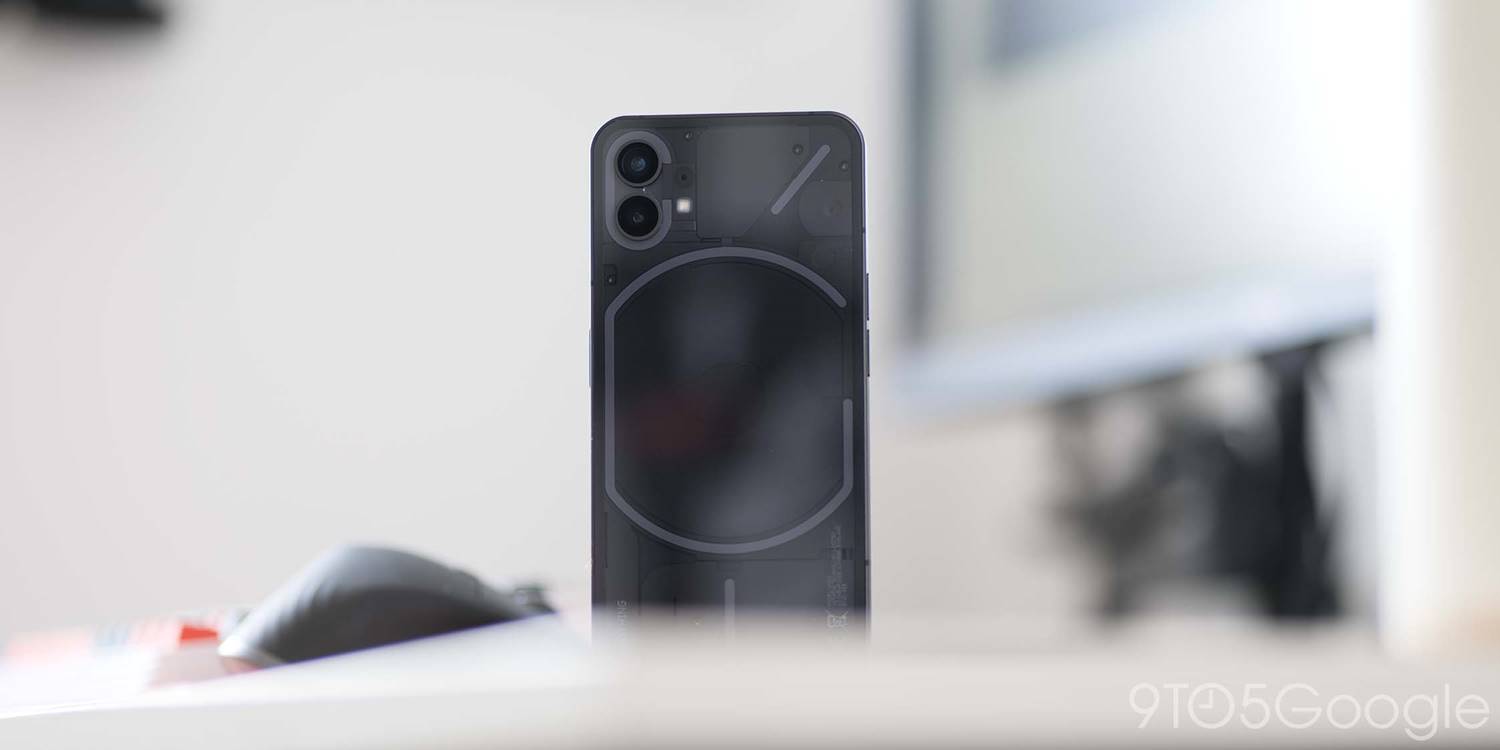 Clear tech is making a comeback, and Nothing certainly wants to be at the forefront of that. The Ear (1) earbuds were a fairly safe start for the brand, and although we’ve spent limited time with Nothing’s first release, the Phone (1) certainly leaves a more lasting impression for better or worse. The good thing is that once you wipe away the hype, it actually seems fairly solid.

From a sheer design perspective, the Nothing Phone (1) is impressive given its £399 start price here in the UK. The boxy aesthetic is not something I personally like, but due care and attention to detail mean this is a bit better than just standard mid-ranger. Because there’s no high-end alternative or “Pro” version to speak of, Nothing has gone all-out, or as much as they can given associated cost constraints.

It’s hard not to see the obvious iPhone 12/13 influence here, but there are certainly more than a few ingredient changes to the design recipe. In black, it’s a stealthy smartphone that isn’t fully transparent, but the clips, covers, cooling pipes, and charging coil are an enticing differentiator from staid mobile designs all across Android.

The eye-catching “Glyph” lighting is an interesting alternative to an LED notification light, but the “fill light” capability when using the camera is something I feel is more inherently useful. The white light is softer than a sharp, bright LED, the result is going to be better photos and videos in all kinds of lighting. Nothing has an affinity for little touches of red, and at first, I couldn’t spot it. It turns out there’s a little red LED that flashes when you’re recording video on the rear camera. As I said, there are small details here that don’t add drastically to the overall daily experience but are great to see.

While I would love to dig into the camera quality on offer, I haven’t even had enough time to properly test it out. There are some nice modes available and a clean camera UI, which is always a good start. Again, the camera is something I’m hoping to thoroughly test over the coming days. My first impressions of what the Nothing Phone (1) can do in the camera stakes are good so far though.

Nothing OS is lightweight enough that it’s hard to actively tell the difference from Android 12 on the Pixel 6. It isn’t quite as polished, and some things certainly feel unfinished in areas, but it’s not as janky as I initially expected it could be. Given that Nothing is a startup, it’s all the more impressive. I’ve seen minor performance slowdowns here and there, as things can get bogged down when you download lots of apps during startup or opening apps after a few hours closed. The Phone (1) is not quite as smooth as the Pixel 6 series, but it’s not lagging behind by any stretch of the imagination.

Some of the changes within the Nothing OS launcher, such as the larger persistent internet toggles in Quick Settings, feel tacked on, but overall my first impressions of Nothing Phone (1) and Nothing OS are mostly positive. It’s practically the same as using a Pixel but with a few nips and tucks.

While I’ve had little time with the Nothing Phone (1) so far, I’ve left with a few Pixel 5-like impressions right away. It’s a really similar device at its core in that it’s a mid-ranger that feels a lot more premium than you’d expect, and although aesthetically the two devices diverge quite drastically, it’s almost like the Pixel 5’s cyberpunk cousin. At least at this early stage, that seems like a good thing.