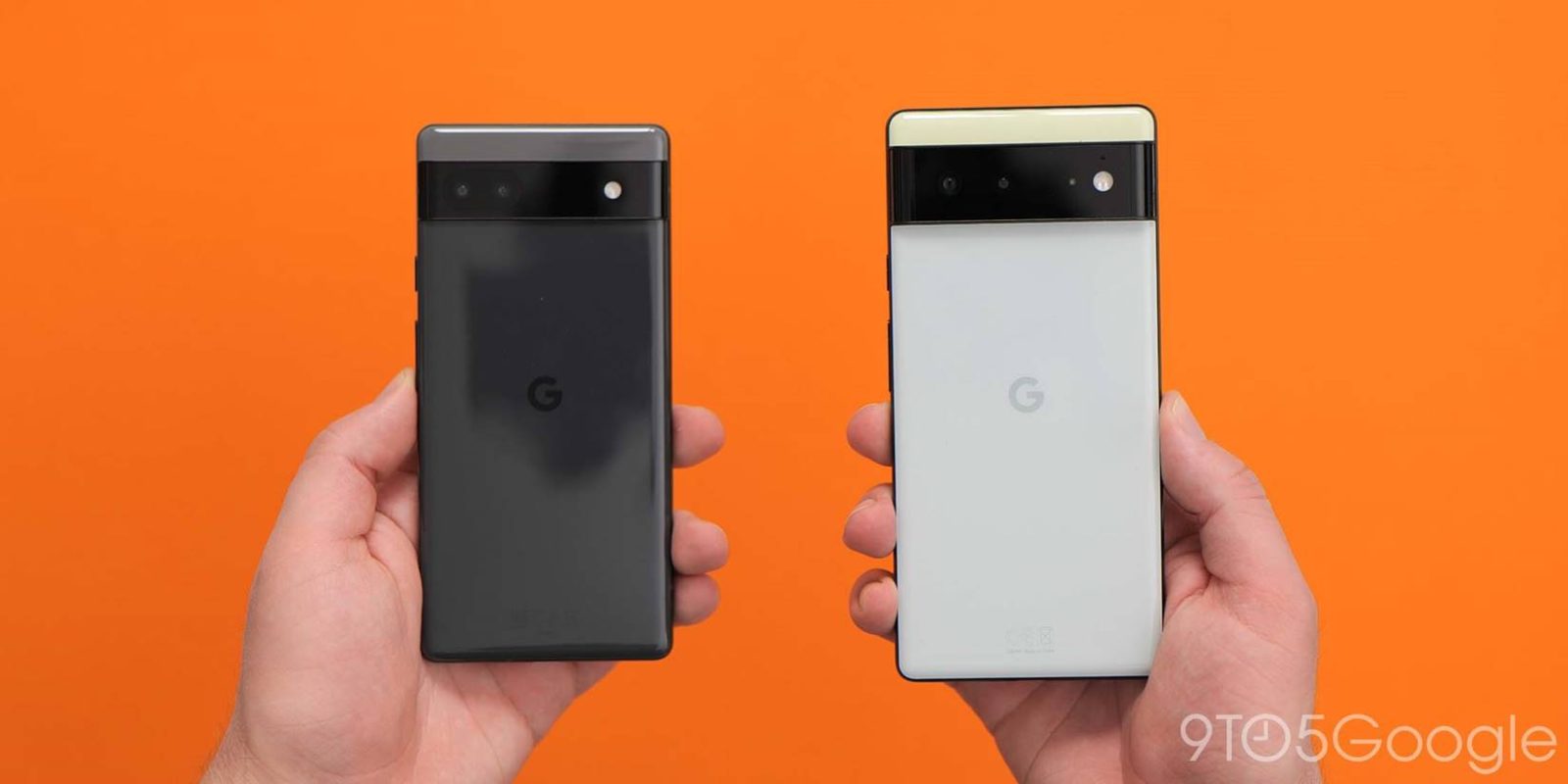 If you’ve held off picking up the Pixel 6 series ahead of the Pixel 6a launch, you might be wondering just what the difference is. Here’s everything you need to know.

Google’s first smartphone release for 2022 is the annual mid-ranger that will serve as the entry point into the Pixel series. Announced by Google back at I/O 2022, it feels like a long time since it was detailed on stage alongside the Pixel Buds Pro, Pixel 7 series, Pixel Watch, and Pixel Tablet. It’s certainly an interesting launch for many, as at $449 it offers a cheap entry into the Tensor chipset abilities.

As you’d expect, the Pixel 6a and Pixel 6 share a common design language which is to say they look similar from afar. The distinct camera bar is a core selling point and it helps differentiate the entire Pixel 6 series from the rest of the industry.

In the hand, you can tell that Google has opted to use more lightweight materials on the Pixel 6a, while the Pixel 6 is dense, firm, and it feels more “premium.” While the frame is made from the same materials on either device, the 6a has a polycarbonate backplate which is far lighter than the Gorilla Glass 6 back glass used on the Pixel 6.

In terms of footprint, the screen size is marginally smaller and with thicker bezels buit it comes with some notable downgrades. Firstly, the Pixel 6a OLED display is capped at 60Hz, there are slightly larger bezels on all sides, and a Gorilla Glass 3 coating.

Complaints over the in-display fingerprint scanner have been rife since the launch of the Pixel 6. The 6a has a new scanner which appears to be more accurate or at least more consistent than on the Pixel 6 and 6 Pro. If you are worried about biometrics, then the Pixel 6a is the better option.

Unlike previous generations, the flagship Tensor processor is being used for the first time in the A-series. This means that you’ll get almost high-end performance without the associated price-tag. Gaming, video editing, and much more are all easy with either device even with the lower 6GB RAM allocation on the newer smartphone.

Most of the other hardware areas favor the Pixel 6 with a higher base RAM allocation, more storage options, and a larger battery. The color options will be down to personal preference but the bright and attractive Coral option is ditched on the Pixel 6a with a gray and white “Chalk” option offered instead.

Try to tell the difference between Android 12 running on the 6a and the 6 and you won’t find any. This the full-fat, full-featured version of the mobile OS running on both handsets with only hardware-specific — such as the high refresh rate display settings.

Magic Eraser, Motion modes, On-device Live Translation, and more are available for the 6a courtesy of the Tensor processor. This means you can access the plethora of Tensor-powered options on Pixel 6a that have been available on the Pixel 6 since being unveiled back in October 2021.

Software support will cease after 5 years for the Pixel 6a and Pixel 6. This will include 3 full OS upgrades all the way to Android 15 with regular monthly security patches guaranteed until July 2027 and October 2026 respectively. If you want to hold on to your phone for a long time, the Pixel series proves to be among the best on Android.

Despite being smaller, the Pixel 6a manages to stuff in a relatively sizeable 4,410mAh battery. That’s almost 200mAh less than the Pixel 6 but it should fare well given the smaller lower refresh rate display on offer.

Both phones last all day and include the whole plethora of Battery Saver Modes alongside Adaptive Battery and Charging tweaks to help learn, improve, and bolster your device longevity as it learns your use habits.

A contentious issue with the new 30W “fast” charger released alongside the Pixel 6 and 6 Pro was the capped top-up speeds. There is no such controversy with the Pixel 6a, which retains 18W charging as seen on every Pixel up to and including the Pixel 5a. It takes around two hours to go from 0-100% but that gives you enough.

For the first time since the inception of the Pixel A-series, the 6a is set to come with a lesser camera setup than the Pixel 6. Google is diverging the lineups and that means you get a tried-and-tested setup but one that is now almost four years old.

The Sony IMX 363 is paired with the IMX 386 ultrawide on the Pixel 6a. By 2022 standards it’s towards the low-end of the camera hardware spectrum but with four years of sensor image tuning, the quality is just a few steps behind the best in the business. Comparing directly to the Pixel 6 and the 50-megapixel main sensor leaves only one winner but the Pixel 6a is capable of impressive images and solid video that is backed by EIS and OIS.

What is more impressive is that Google has managed to pack in many of the biggest selling features of the Pixel 6 and 6 Pro into the Pixel 6. Real Tone, Cinematic Pan, Locked Focus, Face Unblur, and much more are included and available right out of the box. Despite the dip in resolution for the main sensor, you don’t lose out too drastically as the ultrawide angle remains the same across both devices.

Pixel 6a vs. Pixel 6: Which should you choose?

Google’s newest mid-ranger is yet another excellent price-accessible option for those wanting the cleanest Android experience that you can buy. However, the minor price difference between the Pixel 6a and baseline Pixel 6 means it’s hard to recommend that someone choose the A-series model unless you are happy with selected omissions — or downgrades.

Even at $449, the Pixel 6a is a tough sell for those wanting everything that a Google Pixel can offer. What’s more, even at that price, the 6a becomes harder to suggest when the Pixel 6 is available at under $550 at most retailers. Because of that, you might want to look towards the more “premium” device unless you want the marginally smaller handset and can deal with certain hardware being cut. The simple fact is that paying an extra $100-150 gets you a better overall handset.