Pixel 6 and Pixel 6 Pro get Magic Eraser’s new ‘camouflage’ feature next week, already on Pixel 6a 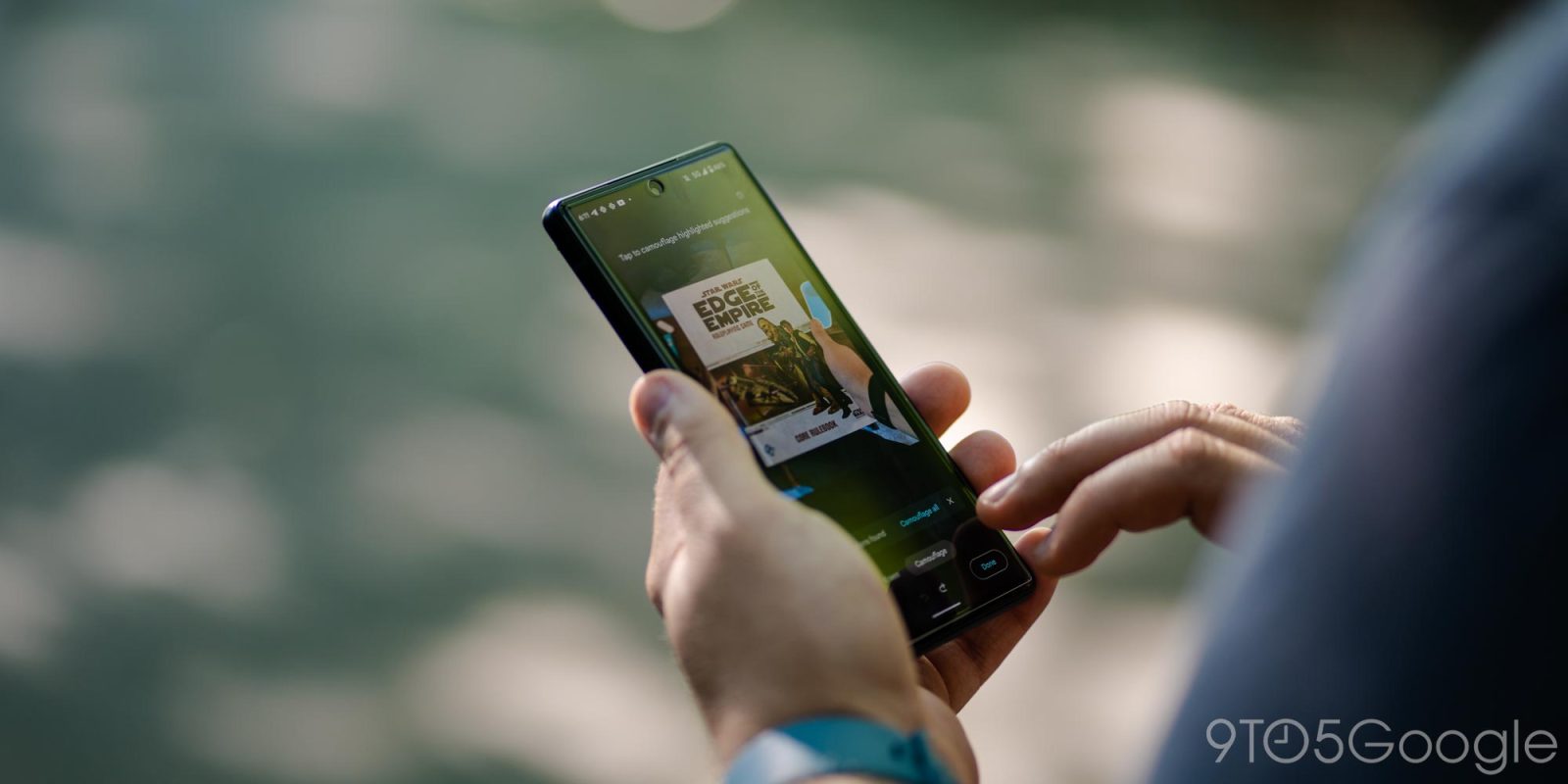 “Camouflage” joins Magic Eraser’s usual ability to remove photobombers or objects from an image through the Google Photos editor on Pixel 6 series phone. The feature was first announced at Google I/O 2022, and arrived mostly unceremoniously as a perk to the Pixel 6a.

We noted the feature in our review of the Pixel 6a earlier this week.

The one new feature arriving alongside the Pixel 6a, but is soon to come to the rest of the lineup, is “Camouflage” in the Google Photos app. This expansion of Magic Eraser was announced back at Google I/O with the ability to mute the colors of objects in the photo so they don’t distract from the subject. We’ve only tested this feature briefly, but it does exactly what Google claims, and with decent results.

You can see our results with Magic Eraser’s “Camouflage” below, with the feature’s ability to quickly pick up a distracting bright-colored cup in the background of the shot, which gets toned down to a less attention-grabbing muted orange color. We found that the feature doesn’t always work perfectly, and some shots just aren’t a great fit for the tech. But like the regular object remover, it can certainly be a handy tool to have around.

“Camouflage” is available on the Pixel 6a right out of the box, but the feature is supposed to work on the Pixel 6 and Pixel 6 Pro as well. Speaking to The Verge, Google confirmed that “Camouflage” will be rolling out to both phones on July 28, the same day that Pixel 6a ships to customers.