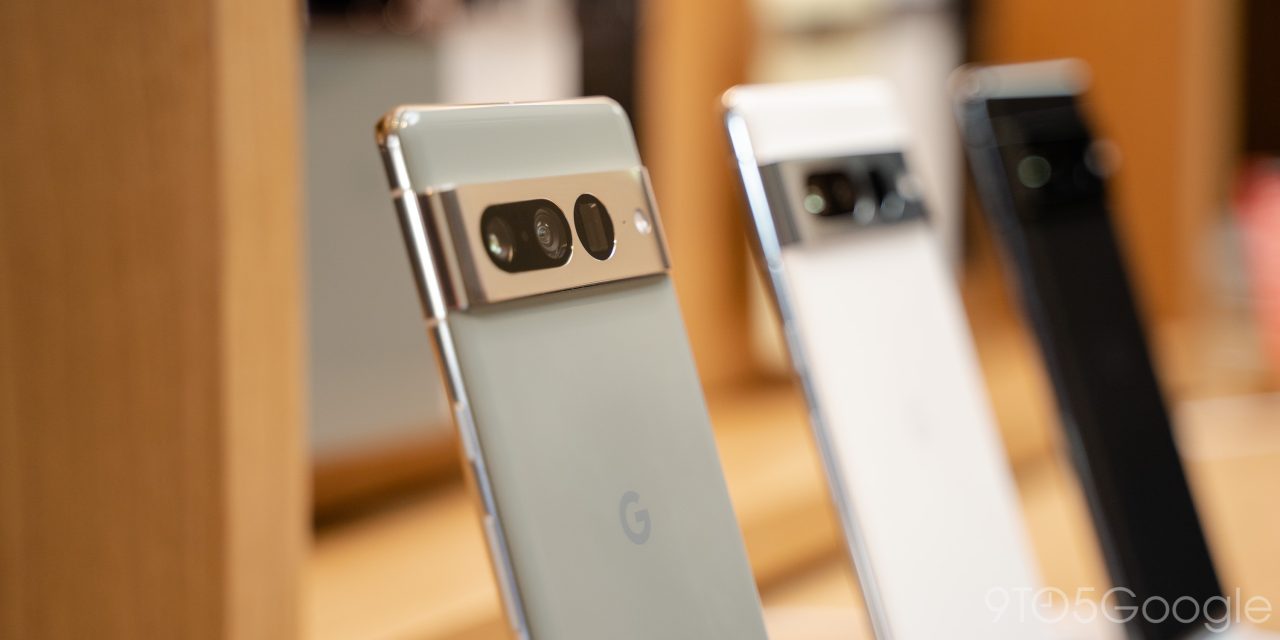 The Pixel 7 and Pixel 7 Pro just went official as Google’s latest flagship phones, but at a glance, there’s not much new. So, what’s actually changed? Here’s everything we could find.

The unique design language of the Pixel 6 and Pixel 6 Pro really stood out, but one of that design’s core elements is gone this time around. Regardless of which color you pick, the Pixel 7 and Pixel 7 Pro will be one uniform color from top to bottom, minus the camera bar, as you can see above.

Google made both devices just a bit easier to hold

Pixel 6 and Pixel 6 Pro were big phones, something that was surely for the best. Pixel 7 and Pixel 7 Pro have the same display sizes, but they’re a bit less cumbersome to use.

Both of Google’s latest phones trim down their bezels and overall hardware a bit with the end result being a device that’s easier to hold. If you thought last year’s phones were too big, these changes likely won’t change your mind entirely, but it’s a nice change overall. My only complaint is that it means cases for the Pixel 6 and Pixel 6 Pro won’t fit this year’s generation.

Google moved the buttons on the Pixel 7 Pro

We’re not sure why, but the buttons on the Pixel 7 Pro are mounted quite a bit lower than the Pixel 6 Pro.

Also, the mmWave window is now far less obvious, and more in line with the likes of Samsung and Apple.

The evil is (partially) vanquished!

The Pixel 6 Pro had essentially a “waterfall” display which curved dramatically on each side, but the new model has a much more tame curve on either side. It probably won’t make it drastically easier to use a screen protector with this device, but it’s a step in the right direction.

Google. Flat screen next year! Please! The Pixel 7 screen is so much better.

Only time will tell

Under the hood of the Pixel 7 series is the Tensor G2 processor, which gives Google an opportunity to work on performance, heat, and efficiency issues with the previous model. This has the potential to be by far the biggest upgrade in Google’s new phones, but only time will tell if they actually work out.

Two of the main new features of the Pixel 7 series come from the camera, with “Cinematic Blur” available on both phones as a video recording feature. We were able to briefly try it out, and it works reasonably well on the non-human subject I picked, a pair of Pixel Buds.

The other new feature is Macro Focus, which works brilliantly with the Pixel 7 Pro’s ultrawide camera. The level of detail is excellent, and I was stunned at just how close you could get. I have a feeling this is going to be the killer reason to get the Pixel 7 Pro over the smaller, cheaper model.

You can see a whole lot further now

We were also able to briefly try out 30x zoom on the Pixel 7 Pro and, yup, it works great. Details remain sharp even at maximum zoom, and the stabilization Google touted during the launch event works great. It feels very similar to what Samsung does with “Space Zoom,” just far less dramatic in branding.

The Pixel 7 and Pro bring back face unlock, a feature missing from Pixel phones since the brief introduction in 2019’s Pixel 4 series. That’s the good news. The bad news is that, unfortunately, we haven’t been able to test it as Google’s hands-on opportunity was a bit limited as to what we could do. We’ll certainly be excited to try it out in our forthcoming reviews though.

Pixel 7 has a smaller battery

Something else that will require testing to see if it’s a problem is the battery life on the smaller Pixel 7, as it loses about 300 mAh from the prior generation. Hopefully that won’t have an impact, as battery life was one of our favorite things about the smaller phone last year. But on the bright side, this year’s $599 model feels noticeably lighter.

One of the things I immediately noticed when picking up the Pixel 7 and Pro was the new display. Both phones have much brighter, and what felt to me as much sharper panels. Of course, they’re still the same size and resolution as last year, but the bump to 1,400 nits of peak brightness ought to be a ready improvement for next Summer.

The Pixel 7 and Pixel 7 Pro are very much showing that Google is going for a “tick-tock” release cycle. As we said before, that’s certainly for the best!

Still, these are pretty minor changes on the whole. My gut feeling is that, if you have a Pixel 6 or 6 Pro today, it’s probably not worth it to even consider upgrading at this point in time, especially as Google’s trade-in values remain somewhat underwhelming. But that might change in time. Much of what Google has changed on the Pixel 7 series will take time to decide if it actually has an impact.

Stay tuned for our full review of the Pixel 7, Pixel 7 Pro, and the Pixel Watch, and let’s discuss in the comments! What do you want to know about these devices?