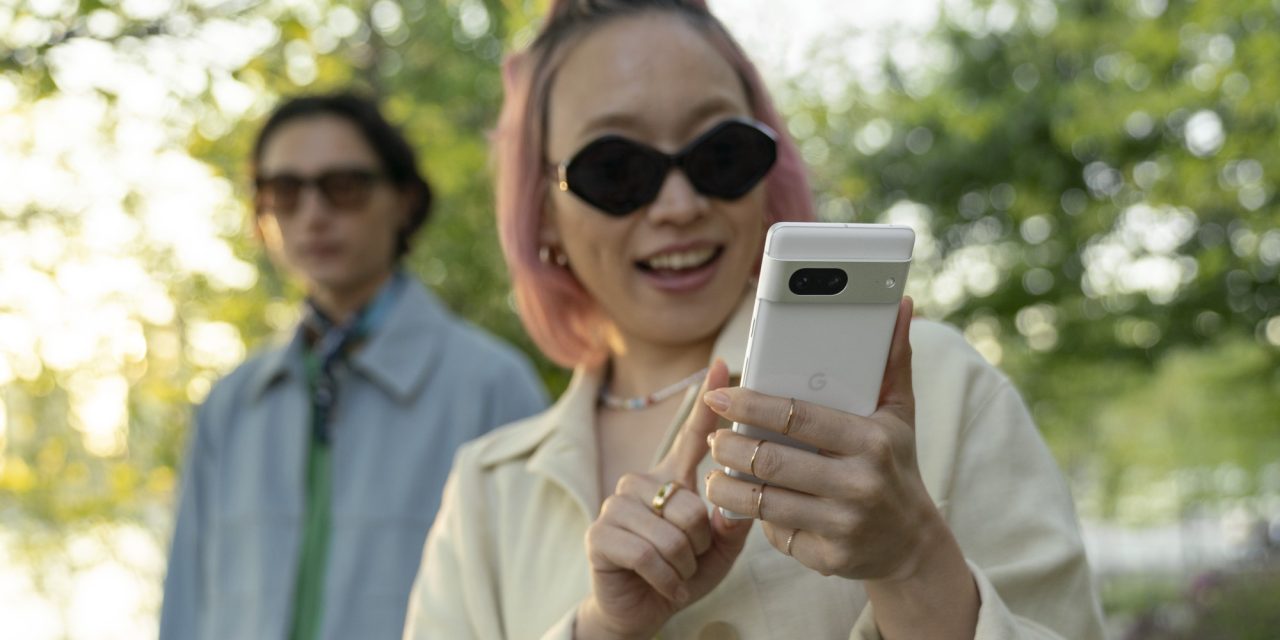 Each year, Google packs its latest Pixel phones with exclusive software features, particularly with the AI enhancements of Google Tensor. Here’s the latest Google software included in the Pixel 7 and Pixel 7 Pro, including a built-in VPN and crystal-clear audio.

In building the Tensor chip series, Google focused the hardware on machine learning and AI uses, enabling wild features like last year’s Magic Eraser in Google Photos and Google Assistant Typing in Gboard. Google’s chips are back and better than before in the Pixel 7 series, with the new Tensor G2 processor making new features possible.

For instance, both the Pixel 7 and Pixel 7 Pro are capable of face unlock, without needing any of the special hardware included in the Pixel 4 series. Using the depth information available through the dual-pixel autofocus (DPAF) on the selfie camera, the software in the Pixel 7 is able to be more sure it’s looking at a real face and not simply a picture. The speed of Tensor should help ensure face unlock is a swift process.

The Tensor G2 chip also enables the Pixel 7 series to make your phone calls sound more clear than ever before, by automatically eliminating background noise. Think of it like turning on Krisp in a Discord call, automatically editing out the ambient noises — wind and cars, for example — that low-quality voice calls can have. This “Clear Calling” is set to arrive sometime after launch in a Pixel feature drop.

The Pixel 7 series is also here to improve your digital and physical wellbeing. To help encourage a good night’s sleep, Pixel 7 includes a suite of “Digital Wellbeing” tools to reduce your evening phone usage. Meanwhile, Pixel 7 also introduces optional Cough & Snore Detection to help you be more aware of what may be disrupting your sleep.

To further emphasize the broader Google ecosystem, the Pixel 7 and Pixel 7 Pro come with free access to the VPN service from Google One. Normally requiring a subscription to the $9.99/month 2TB plan, Pixel 7 owners will have access to Google’s secure VPN, encrypting your traffic to protect it from attackers. While not as nice of a perk as the days when Pixel phones came with free Google Photos uploads, a free VPN is a nice addition for the security conscious.

Notably, the free VPN access does not include the other perks of Google One, which still require a separate subscription. Additionally, Google says the Pixel 7’s free VPN is “coming soon,” meaning it likely will not be available immediately after launch.

Carrying over from past years, the Pixel 7 and Pixel 7 Pro still have the full suite of fantastic Google software features like Call Screening, the next-generation Assistant, crash detection, Quick Phrases, and Live Transcribe (newly expanded to a few more languages). And that’s before mentioning everything included with Android 13 like the revamped media player, expanded theme options, and new Quick Settings tiles. As ever, the best way to experience the advantages of Google’s software is on its latest phones, the Pixel 7 and Pixel 7 Pro.