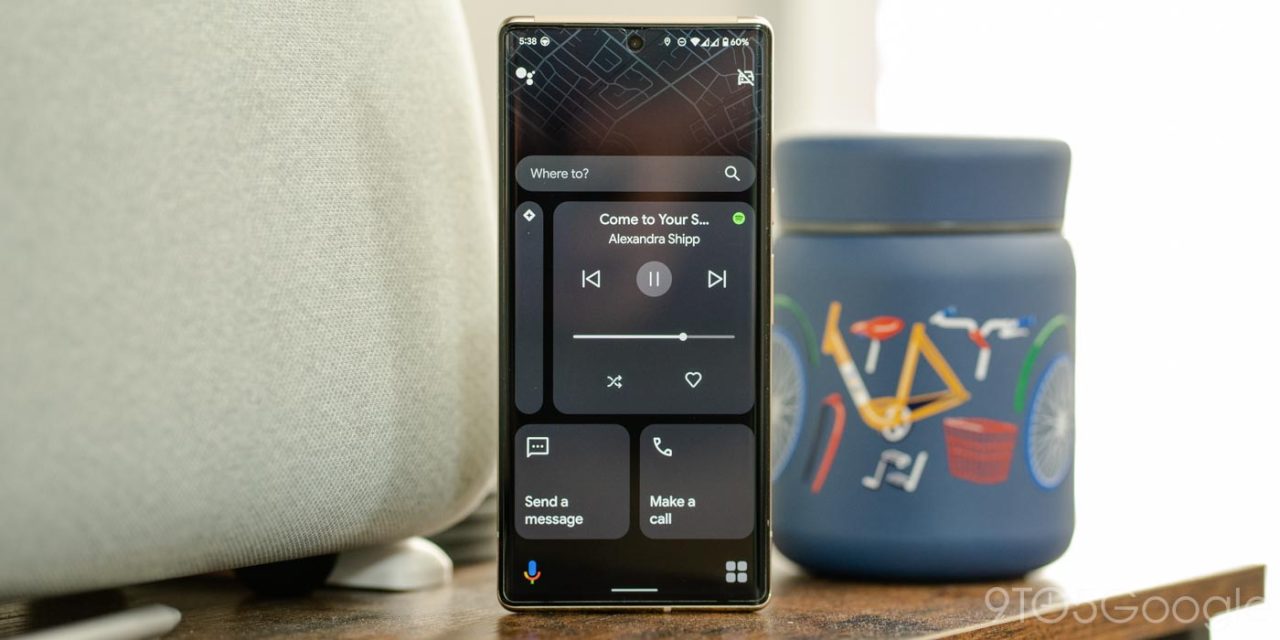 Earlier this week, Google told us that the Maps integration in Assistant Driving Mode is going away. The company’s confirmation following a “sunset” notice we discovered in the Google app turned out to be incorrect, and Google now tells us it is shutting down the entire Assistant Driving Mode Dashboard that was announced at I/O 2019.

Google originally told us it was shutting down the Maps card that appears at the top of the Driving Mode Dashboard (more commonly referred to as the homescreen), which launched over a year ago.

Google now tells us that it is shutting down the entire Assistant Driving Mode Dashboard on November 21. This homescreen features media suggestions and quick access to audio controls, as well as shortcuts for calling and texting. This was accessed by either a homescreen shortcut or “Hey Google, launch driving mode.”

The car-optimized experience in Google Maps for Android, which Google also refers to as Driving Mode, will remain. The company is focusing on that and finds that most people are using just that anyways.

It is accessed after starting driving navigation, and features a black bar with access to Assistant and a grid of app icons (seen at the right below) for YouTube Music, Google Podcasts, and other compatible streaming services. There are also voice shortcuts for texting and calling. It is much simpler compared to the Driving Mode Dashboard/homescreen.

With this change, Google no longer has a direct successor to Android Auto for Phone Screens. We already thought that when it was believed that Google was just removing the Maps card/integration from Driving Mode.

Driving Mode was already perceived as a downgrade compared to Android Auto, but some people liked it, with Google noting that millions of people use both instances of Driving Mode everyday.

This follows Google Assistant gradually pulling away from projects that are not solely focused on voice assistant functionality, like Snapshot, for Look and Talk and Quick Phrases on the Nest Hub Max.