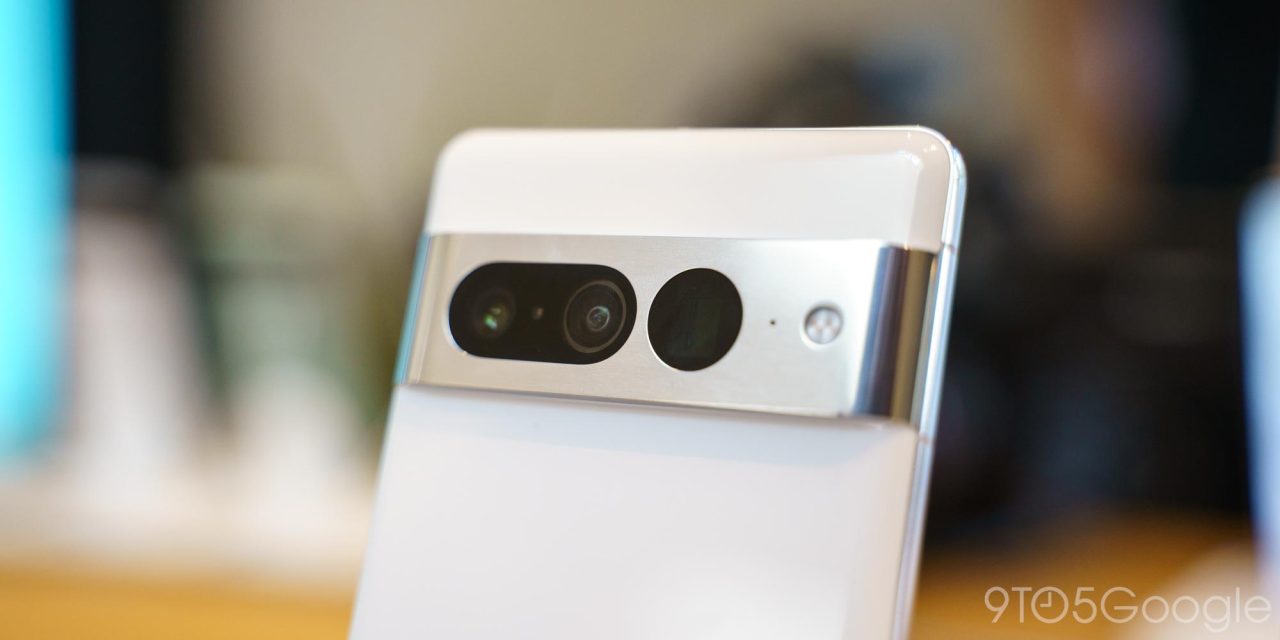 All of this weekend’s best deals are now up for the taking and headlined by pre-order discounts on Google Pixel 7 series smartphones with up to $200 in bundled Amazon gift cards. Then, for those who aren’t impressed with Google’s latest, Pixel 6 Pro starts at $400 and is then also joined by all-time lows on Samsung’s Galaxy Z Flip 4 from $851. Hit the jump for all that and more in the latest 9to5Toys Lunch Break.

Yesterday, Google officially took the wraps off the new Pixel 7 series smartphones, and now you can save on both of the new flagship releases. Courtesy of Amazon, you can score the unlocked Pixel 7 Pro 5G 128GB smartphone for $899 with a bundled $200 gift card. By throwing in $200 in credit for picking up Google’s latest, this is the best offer out there for those not trading in a device and is the closest you’ll get to a cash discount for some time. Packed into a refreshed design that still delivers the same size 6.7-inch QHD+ 120Hz screen as before, the Pixel 7 Pro arrives as Google’s most capable handset yet. The updated build also houses a new camera assembly on the back of the handset, which comes centered around a 50MP main sensor, 12MP ultrawide lens, and upgraded 48MP telephoto zoom capabilities. All of that comes powered by the new second-generation Tensor G2 chip, which is complemented by 128GB of storage and 12GB of RAM. We break down all of the details in our launch coverage as well.

Those same gift card savings are also being applied to the new Google Pixel 7, with Amazon offering the 128GB model for $599 with a $100 credit in tow. This isn’t quite as steep of a promotion as the Pixel 7 Pro, but still lets you get in on some launch day savings. Pixel 7 arrives with much of the same enhancements as its larger counterpart, coming centered around a 6.3-inch FHD display that now boasts a faster 90Hz refresh rate with 1,400-nit peak brightness. There’s much of the same Tensor G2 performance, as well as a dual sensor rear camera array that comes outfitted into a refreshed design. You can get a better idea of what to expect from our launch coverage, as well.

Not impressed with Pixel 7 Pro? Google’s Pixel 6 Pro starts at $400

If you’re not impressed by the latest and greatest that the brand has to offer, some of the best discounts to date are available on the previous-generation flagship Google smartphone. Leading the way at Amazon, the unlocked Pixel 6 Pro 128GB is down to $650. You’d more regularly pay $899, with today’s offer delivering the second-best price to date at $249 off. Those who don’t mind activating the handset on a carrier can benefit from even more savings with a $400 sale price over at Best Buy.

Even though this is now the previous-generation smartphone, Google’s Pixel 6 Pro still arrives powered by its in-house Tensor chipset and backed by some other flagship-worthy specs. There’s a 6.7-inch AMOLED 120Hz display which is supplemented by 128GB of onboard storage and 12GB of RAM, as well as all-day battery life backed by fast charging support. Throw in the 50MP triple camera array around back, and you’re looking at quite the capable handset. Dive into our hands-on review for extra insight and then head below for more.

After seeing Samsung’s flagship foldable fall to a new all-time low with the Galaxy Z Fold 4 earlier in the week, Amazon is now carrying over those savings to the smaller folding smartphone experience. Marking a new all-time low, you can now score the Samsung Galaxy Z Flip 4 256GB Android Smartphone for $900. While you’d more regularly pay $1,060, today’s offer is undercutting our previous mention by $26 in order to deliver the best discount ever. There’s a total of $160 in savings, as well. Plus, save on the 128GB capacity, which now sits at an all-time low of $851 from the usual $1,000 price tag.

Samsung’s new Galaxy Z Flip 4 takes on a more casual approach to folding devices with a design that’s inspired by old-school flip phones. Housed within the flip design is a 6.7-inch Dynamic AMOLED 120Hz display that comes powered by the new Snapdragon 8+ Gen 1 chip. On the outside is the 1.9-inch Super AMOLED display for checking notifications, which also doubles as a preview for taking selfies with either of the dual 12 MP cameras. Its internal 3,700mAh battery is larger than its predecessor and rounds out the package that you can read all about right here.

Home Depot is now offering the original wired Google Nest Video Doorbell for $100. Normally fetching around $150 these days, today’s offer amounts to 33% in savings and a new all-time low. This is one of the first discounts in months and below our previous $113 mention. Nest Video Doorbell integrates with your Google smart home and keeps an eye on your porch with the help of Assistant.

It touts intelligent motion and person alerts, which makes it a versatile option for seeing who’s at the door, if a package was delivered on time, and just keeping tabs on the activity outside your home thanks to its 1080p sensor. There’s also the perk of 24/7 recording, that rounds out the package you can read more about in our coverage.

TCL’s official Amazon storefront is offering its unlocked 20 Pro 5G 256GB Android Smartphone for $300. Down $200 from its normal going rate, $and $15 below our last mention, today’s deal matches the Amazon low that we’ve only seen once before. Unlocked to be used with Verizon, AT&T, and T-Mobile, this smartphone can work on Verizon and T-Mobile’s 5G networks and both of those carriers plus AT&T’s LTE networks depending on who you have for service.

It utilizes the Snapdragon 750G 5G mobile processor as well as sports 6GB of RAM to deliver a solid experience all around. The NXTVISION 2.0 AMOLED Dotch 6.67-7inch FHD+ display also allows you to watch content and enjoy your favorite apps with ease. There’s a 48MP OIS quad camera array around the back as well, which will help you take family photos and videos that are stored on the internal 256GB of storage. Though, if that’s not enough, you can expand it with up to 1TB more through microSD. Dive into our launch coverage for a closer look at the budget-friendly smartphone