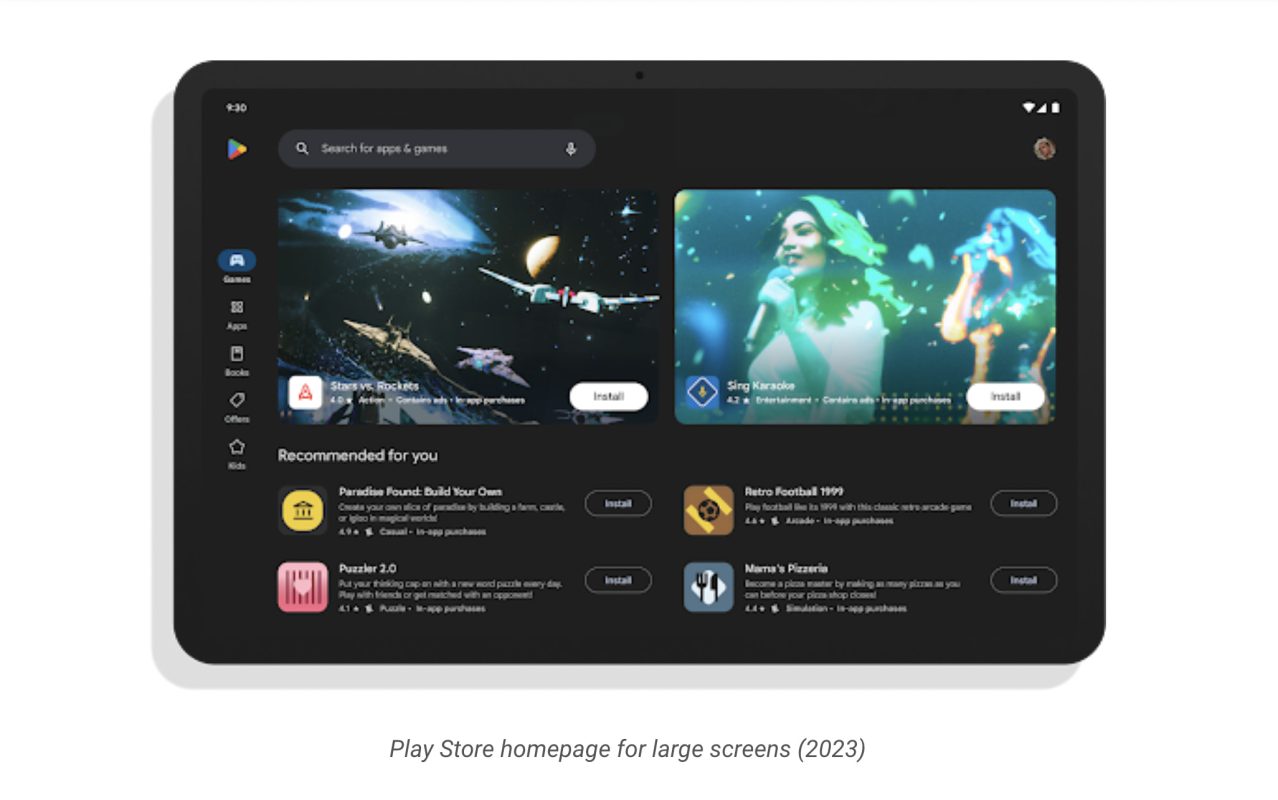 Google previewed a Play Store tablet, foldable, and large screen redesign at I/O in May, and the most important aspect of it is coming in 2023.

The navigation rail component of the revamp launched in late September and replaced a much wider drawer. This new element is easier to reach since it’s vertically centered, while the top search bar is no longer as wide. But at the moment, Google Play is just comprised of one app carousel after another.

That will be changing next year when app screenshots, videos, and descriptions will appear directly in the Apps and Games “Home” pages/feeds. Google says the “goal of this content-forward approach is to better represent your app in the store and help users make install decisions.”

We’ve published a set of content quality guidelines as best practices to showcase your app on large screens.

Developers with “assets that follow these criteria will be able to take advantage of richer formats in Play” starting early next year. Google says this does not impact app promotability, “just the way your app is displayed in the Play Store.”

Meanwhile, Google Play looks to be adding a dedicated “Kids” tab to the bottom bar alongside Games, Apps, Books, and Offers as part of the broader tablet redesign.

Google also announced today that developers can upload up to eight Chromebook-specific screenshots (16:9 screenshots for landscape with dimensions of 1080-7690px) to their listings from the Play Console in addition to phone, tablet, and watches. On Google Play for Chromebooks, these captures will appear in both listings and the Play homepages.