Google may be upgrading its Nest speakers to Fuchsia, with new models hinted for 2023 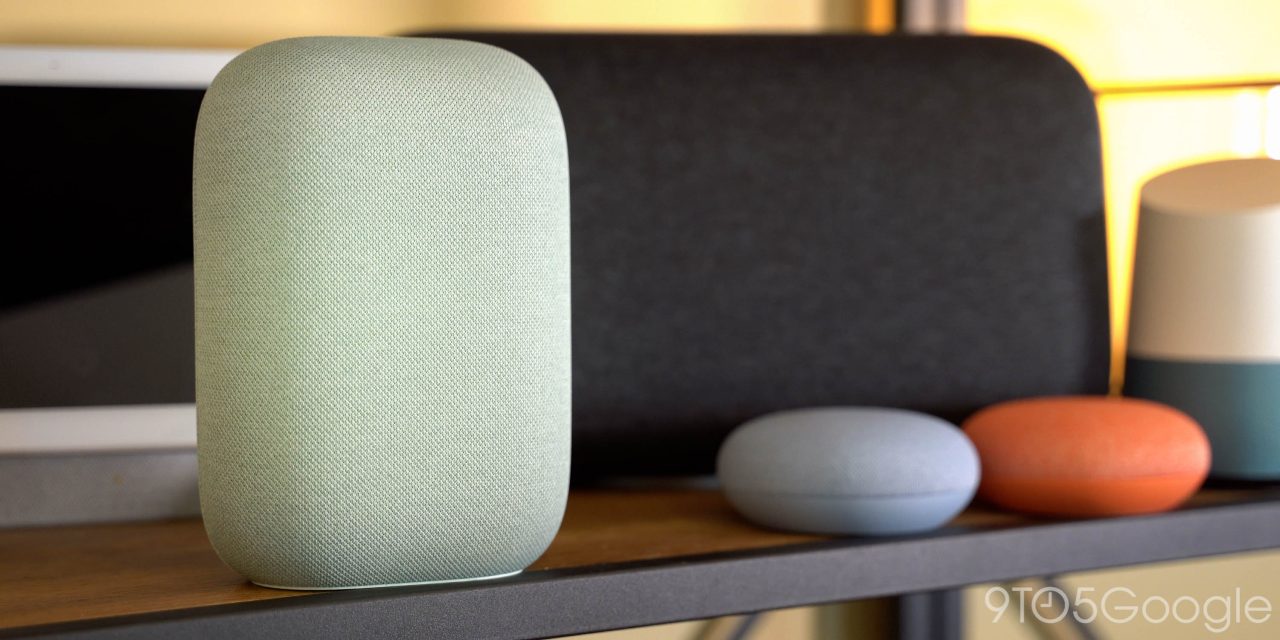 After upgrading most of the Nest Hub series, it seems Google’s Fuchsia team is looking to move on to supporting Google Assistant speakers like the Nest Audio and what looks to be a new speaker for 2023.

Over the last two years, Google has slowly upgraded its Nest Hub series from the older Linux-based “Cast OS” — originating from the Chromecast line — to its own Fuchsia operating system. At the annual pace these upgrades have been happening, we’re likely set for the Nest Hub (2nd Gen) to get updated to Fuchsia sometime next year.

With the Nest Hub series fully upgraded at that point — Google’s next “smart display” will actually be the Android-powered Pixel Tablet, not likely to run Fuchsia any time soon — the question becomes what will the Fuchsia team tackle next?

Of course, there’s no one single answer to that question, as there are multiple teams working on different projects within the operating system. But for today, let’s focus on Fuchsia’s smart home ambitions.

First, let’s rewind the clock to 2019 for a minute. Back before Fuchsia had officially launched onto the original Nest Hub, Google was working on a prototype device codenamed “Visalia.” At the time, we were able to determine — based on the use of the Synaptics AudioSmart AS370 chip — that this prototype was likely to be a Google Home or Nest smart speaker.

In the intervening years, we actually haven’t gotten much closer to figuring out what exact Google device Fuchsia’s Visalia is. Normally, we’re able to wait for devices to be released and hardware enthusiasts to tear them d2own to see what’s inside. The tricky part, however, is that across 2019 and 2020 Google actually released three Nest speakers based on the AS370 chip.

Interestingly, it seems Visalia has been joined in Fuchsia code by a second smart speaker, codenamed “Pinecrest.” According to early code, Pinecrest is a “copy” of Visalia, but with double the RAM (1GB vs 512MB) and a few other tweaks. Our current guess is that Visalia, being the older prototype, is the 2019 Nest Mini, while the new Pinecrest model is the 2020 Nest Audio.

More broadly, though, the fact that Google is actively working on these devices suggests that the company may intend for smart speakers to be one of the next frontiers for Fuchsia. In fact, there’s actually one more smart speaker in development right now within Fuchsia code.

A new prototype device appeared this week, with the codename “Clover.” From what we can find, it’s set to run on the Amlogic A113L chip. There’s not much information about this chip online, but CNX-Software speculated that it’s designed to be affordable.

As Clover is distinctly listed in the code as being from Google, and that no known Google device runs on the A113L chip, we can assume that this is a sign of a new Nest speaker in the works. Given what seem to be lower-end specs, it’s possible that we’re looking at a third generation “Mini” speaker from Nest. It’s already been three years since the Nest Mini’s release, which itself was only two years after the Google Home Mini launched.

A second possibility is that Clover could be related to the “Chromecast Audio” successor uncovered by our APK Insight team earlier this year. That said, all signs of that device have been removed from Google Home since that report was published.

Another noteworthy tidbit is that unlike every previous Google prototype in Fuchsia code, support for Clover is not being developed by Google themselves. Instead, a team of developers from Amlogic have been contributing the Fuchsia code for this likely Nest speaker.

This is a very common practice — for example, Intel directly contributed ChromeOS and Linux code for the Pixelbook Go. Amlogic’s direct involvement, to me, implies that this Clover speaker could become the first Google device to launch with Fuchsia out of the box. Thus far, the two Google devices that run Fuchsia today only began to do so well after they were initially launched.

It doesn’t make sense to me for Amlogic to put effort toward Clover support in Fuchsia if it were merely an experimental project or a post-launch upgrade that Google would normally handle themselves. For now, though, this is just speculation, with no firm evidence as of yet.

Another speaker, “Buckeye,” but is it Google’s?

Digging deeper, we find that Clover is not the only device that Amlogic has added to Fuchsia code in the last few months. Since May, Amlogic developers have been working on Fuchsia support for the A113X2 or “A5” chip. There isn’t much publicly available about this chip, though one listing says it’s an audio-focused SoC with enhanced machine learning features — much like the Synaptics AudioSmart line found in recent Nest speakers.

So far, though, there isn’t any sign that this chip is being used in a Google-branded project. That said, a new Fuchsia prototype codenamed “Buckeye” — built on that same Amlogic A113X2 SoC — appears to have been developed entirely in private then “moved” to public Fuchsia code.

For now, nothing points to Buckeye being made by Google. Instead, it seems to be solely an Amlogic product, though in one line it’s directly referred to as a “speaker platform.” We’ll be keeping a close eye on Buckeye’s progress, though, as the chip seems like a good candidate for the next generation of Nest speakers.

Considering it’s been over two years since Google released its latest speaker, the Nest Audio, we’re overdue for a new gateway to the Google Assistant in the home. Beyond that, the large-scale Google Home Max has long been discontinued without a proper successor being released.

Whatever Google has in store for the 2023 Nest lineup, we firmly believe that we’ll be seeing more of Fuchsia in the smart home — and particularly smart speakers — in the months to come.