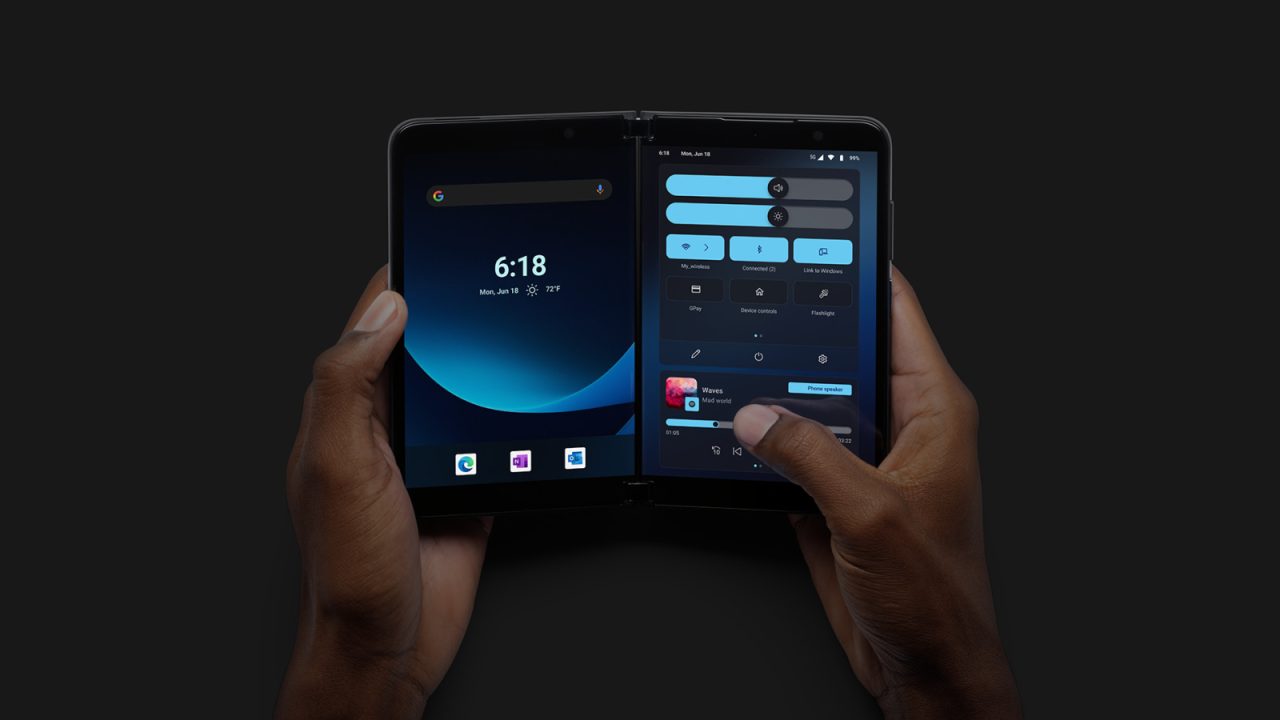 As teased earlier this month, Android 12L is now rolling out to the Surface Duo and Surface Duo 2 with more than a few visual inspirations from Windows 11.

Android 12L launched in March as a release optimized for tablets, foldables, and other large-screen devices. Microsoft opted to jump directly to this version after Android 11, which was released in January for the original Surface Duo. It comes as Samsung is today rolling out Android 13 and One UI 5.0 to the Galaxy S22.

The company is notably highlighting how the update “will build stronger connections between your Windows 11 PC and your Duo device.” This “strong connection to Windows starts with aligning visual language for core system components across Windows and Android.” On Android 10 and 11, the Surface Duo featured a relatively stock experience.

There is now “unified iconography, colors and UI controls,” as well as new Quick Settings and System Settings. Dynamic Color is adopted with “four additional wallpapers that align with new Windows desktop backgrounds, offering tailored accent color options that bring the vibrancy of Windows to Android.”

There are also Android 12’s camera and microphone status indicators as well as toggles, while you can see recent permissions access in the Privacy dashboard. On the accessibility front, Microsoft touts “more spacious design for UI elements, contrast optimizations and new visibility features from magnification to brightness and color management.”

On the Surface Slim Pen 2, tapping the top button will get you an Inking menu that shows up to four writing/drawing apps and shortcuts, as well as the battery percentage.

Android 12’s renewed focus on widgets is also emphasized with a new Photos widget from OneDrive and easier switching from an iPhone.

The Android 12L update is rolling out starting now for both the Surface Duo and Duo 2.