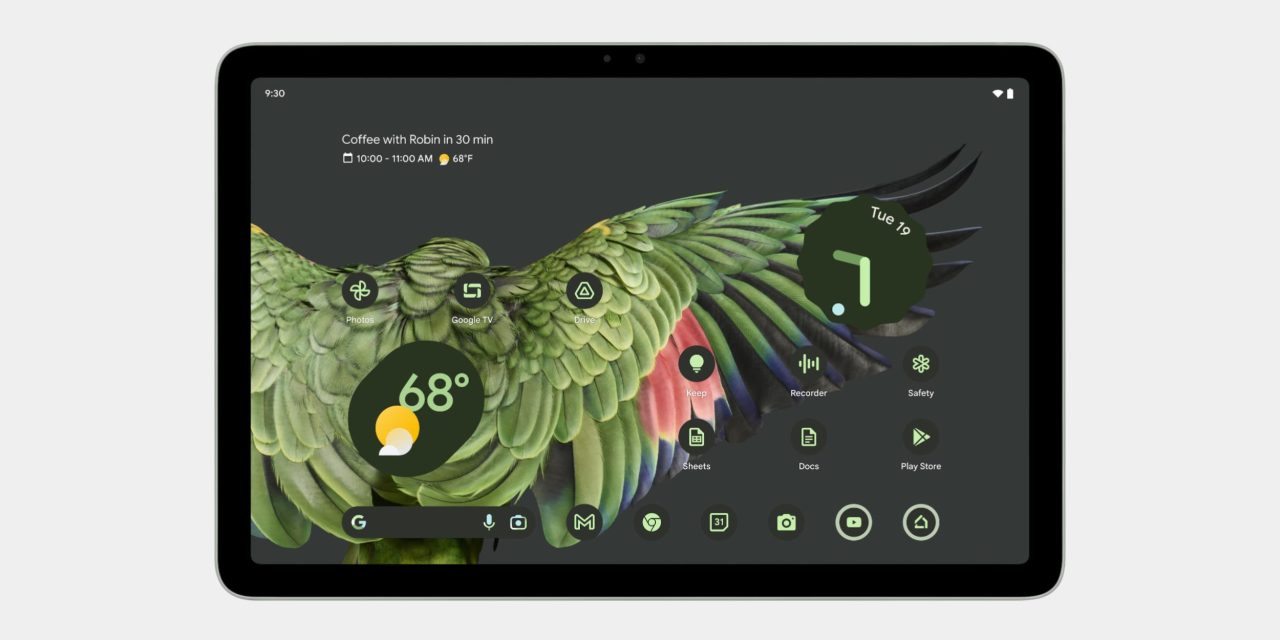 Earlier this month, Google revealed more about the Pixel Tablet, and several specs have emerged since the I/O 2022 tease. We might now have our first actual look at software running on the Pixel Tablet.

The Google Workspace team has been updating its app for large screens since May. Work continues, and Google Keep today announced “updated keyboard shortcuts for Keep on Android that better align with the web experience.” Once live, you can view the full list by opening the navigation drawer and scrolling down to “Keyboard shortcuts” for a list.

Of note in both screen recordings are the tall status bars. The icons, including the time, are further away from the edges of the screen than on phones. This space is used by a persistent, pill-shaped account switcher that should provide fast user switching. Such an element is already visible on the lockscreen of an Android 13 Pixel phone if you boost the DP to 600. This bodes well for Google’s tablet as a family device that can be easily shared.

Equally tall is the taskbar with the app window featuring rounded bottom corners. We see themed icons in one screen shot, as well as the shortcut for viewing your full app list. When two apps are displayed side by side, you can adjust the width using a slider in the middle.

Officially, Google has shown the Pixel Tablet’s homescreen with a look at an optimized Pixel Launcher that features a search bar in the dock. The company also showed off the lockscreen and Google Assistant in action, while we shared more of that earlier this week.