Pixel Tablet preview: A Smart Display dock is Google’s best chance at getting Android tablets in your home 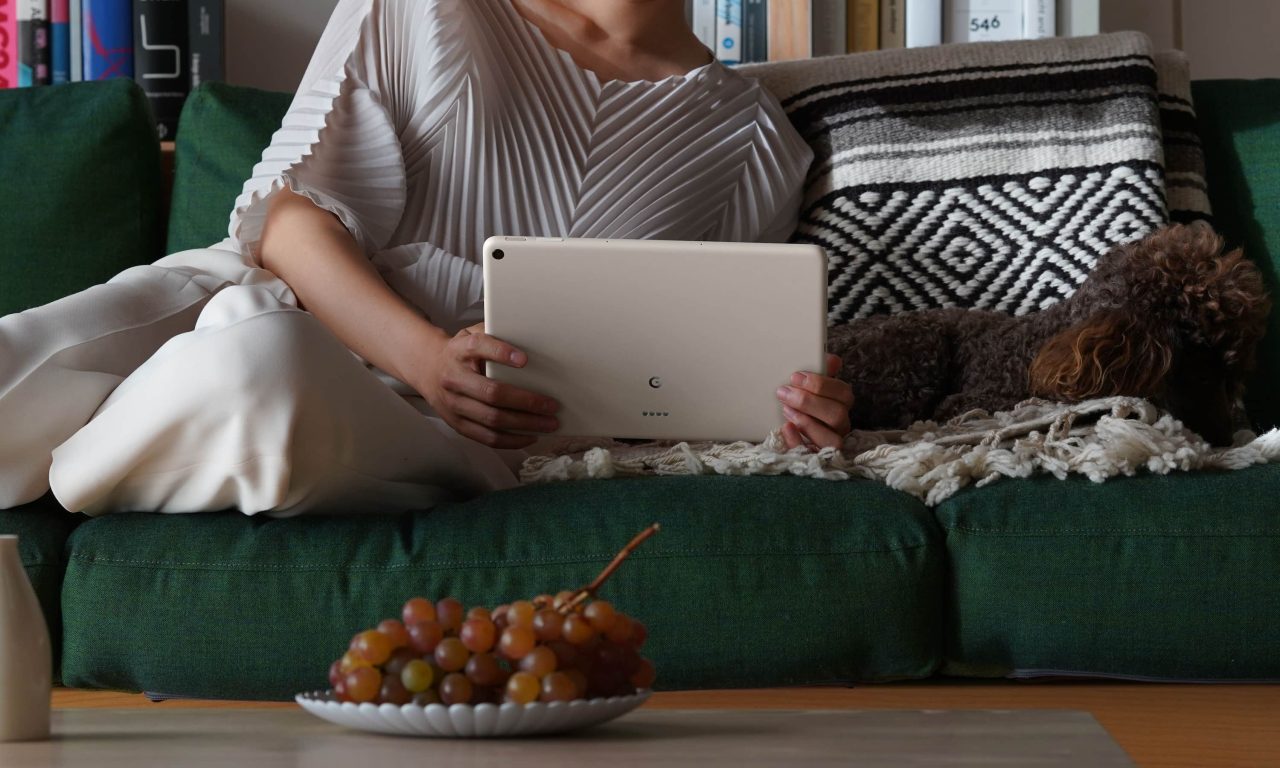 Stop me if you’ve heard this cycle before: Google is optimizing Android for tablets. I could either be talking about 2011’s 3.0 Honeycomb or an effort that started in 2021 with Android 12L, is continuing with Android 13, and is supposed to be ongoing. Recent app activity makes me optimistic, while Google in May made a non-insignificant first-party hardware commitment to support the latest form factor push. That continued today when Google made time during the Pixel 7 and Pixel Watch event to preview a few more details about the Pixel Tablet.

For starters, the company confirmed that it’s officially called the “Google Pixel Tablet” and it’s still on track for a 2023 release. Powered by Tensor G2 – the chip’s second form factor – it’s touted as allowing for better machine learning, speech, and image processing, which translates into video calling, photo editing, and Google Assistant.

On the design front, Google is touting “premium materials and finishes,” including how it developed a new nano-ceramic coating reminiscent of porcelain’s texture. Small ceramic particles are infused into the coating, which is applied to a 100% recycled aluminum body, for a “soft matte look and textured feel” that is said to be unique in the market.

It will be available in a range of colors, while it will also be offered with a black bezel that should be more slimming than the light, smart home-friendly one seen in May. Other tidbits we learned in talking to Google before the event include (USI) stylus support and that there will be a bright display with “great” resolution.

On brands and lineage

To date, the “Pixel” brand has applied to Chromebooks, Android phones, and most recently Wear OS watches.

Of the three form factors, I think the Pixel Tablet has most in common with ChromeOS devices, specifically the Chromebook Pixel. Google used that 2013 laptop to present its own vision of cloud-based laptops. While the Pixelbook product line has just come to an end and might not have been a market success, it ultimately played a big role in getting manufacturers to make mid-range and high-end Chromebooks that serve as a viable alternative to macOS and Windows.

The Pixel Tablet needs to do something similar for Android on large screens. However, a Google tablet won’t succeed by presenting a good productivity alternative to the iPad and Apple’s biannual attempt to make tablets a new computing paradigm.

Far from it. The idea that the Pixel Tablet needs to prove viable in the market is that all large screen Android devices can double as great Smart Displays.

The Dock-shaped ace up Google’s sleeve

Back in March, we reported that Google was working on a “dockable tablet form factor where the screen detaches from a base/speaker.” Google today announced a “Charging Speaker Dock” for the Pixel Tablet.

There are pogo pins on the back of the device with magnets presumably being used to make the connection for a combination that very much looks like a Nest Hub Max. When used in conjunction, Google tells us you get hands-free Assistant help, a speaker and leanback screen for videos, and the ability to showcase ever-popular slideshows from Google Photos.

Smart Displays are a proven, justified form factor for their utility, and it’s really not hard for an Android tablet to replicate all that functionality.

In fact, the fact the Pixel Tablet runs Android lets it excel over Cast and Fuchsia-powered Smart Displays. More recently, Google and others have been positioning Smart Displays as a dedicated video conferencing device for work. The Google Meet and Zoom experience on the Nest Hub Max is quite basic and can’t support too much interactivity. Android tablets could support the second screen experiences that Google Meet has been adding as of late for the web.

Meanwhile, Smart Displays today are popular in the kitchen for timers, recipes, and other cooking-related queries. The Nest Hub excels at countdowns, but many want more out of the recipe experience than what a light web wrapper can offer. Imagine allowing app devs to create dedicated cooking experiences with large touch targets that can be feature-rich and support more complex interactions.

This is the way

If the Pixel Tablet is the best possible Smart Display there is, the fact it runs Android is almost secondary. But now that it’s in the home, you’ll be more inclined to use it for other tablet things like personal media consumption of books and videos on a larger screen than your phone. Browsing is obviously better with more screen real estate, and from there you might be inclined to start triaging emails or planning in Google Maps with side-by-side note-taking with Workspace. These personal and productivity use cases are all things the company told us it’s serious about getting right for the Pixel Tablet.

However, I believe getting people to use all that secondary functionality starts with making a good Smart Display that people will buy if Google advertises the Pixel Tablet as a more advanced version of the Nest Hub. Google previewed that road today, let’s hope everything is in place for the Pixel Tablet ahead of its 2023 launch.