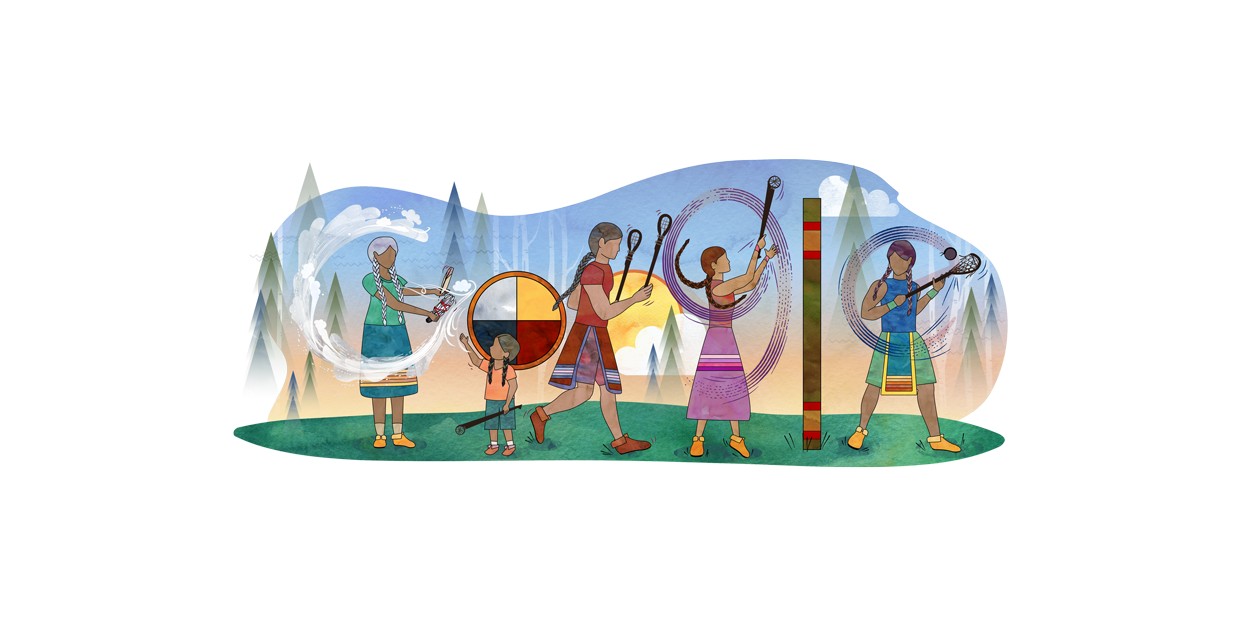 The latest Google Doodle shines a spotlight on Indigenous North American stickball, one of the oldest sports in North America.

Since 1990, in the United States, the month of November has been dedicated as Native American Heritage Month. The occasion is meant to be an opportunity to reflect on the contributions and history of the land’s first people, and Google has chosen to highlight the traditional game of Indigenous North American stickball.

The origins of Indigenous North American stickball are seemingly lost to time, with the first record of the (then centuries-old) game dating back to the 1600s. Historically, the “stick” of stickball was a tree branch or sapling, bent and bound with leather so as to create a netted opening big enough for the ball. Similarly, the ball was often made from cloth and wrapped with strips of leather.

As a team sport, the aim of stickball is to get the ball to the opposing team’s goal post, originally with the only rule being that you cannot touch the ball with your hands. As the game grew in popularity, stickball began to be used to settle differences and disputes between tribes. Given those stakes, stickball games would sometimes become quite violent, until additional rules were added to protect players.

With time, many immigrants from Europe took interest in Indigenous North American stickball and began to play it themselves. From there, the game was dubbed “lacrosse” and began to diverge from its predecessor. In recent years, stickball has seen a revival, serving as a primarily recreational sport to keep the tribes connected with one another.

For example, the initial letter G is represented by a sage or tobacco smudging ceremony, done to cleanse the players’ spirits. Meanwhile, multiple types of sticks are shown, including one player holding two netted sticks.

Each game starts with smudging or the burning of tobacco, so that people’s minds are in a purified and healthy manner before starting the game. These kinds of protocols remind us that we’re connected in a sacred manner to all life around us, including our “opponents”. I also included medicine wheels (in the update version) to further illustrate that we are part of a never ending sacred hoop. The medicine wheel is used by many tribes across the country to represent the four directions, the stages of life, seasons, all of these things in an endless circle that we’re centered in as human beings. It’s a symbol of how to live and respect the natural and supernatural worlds.