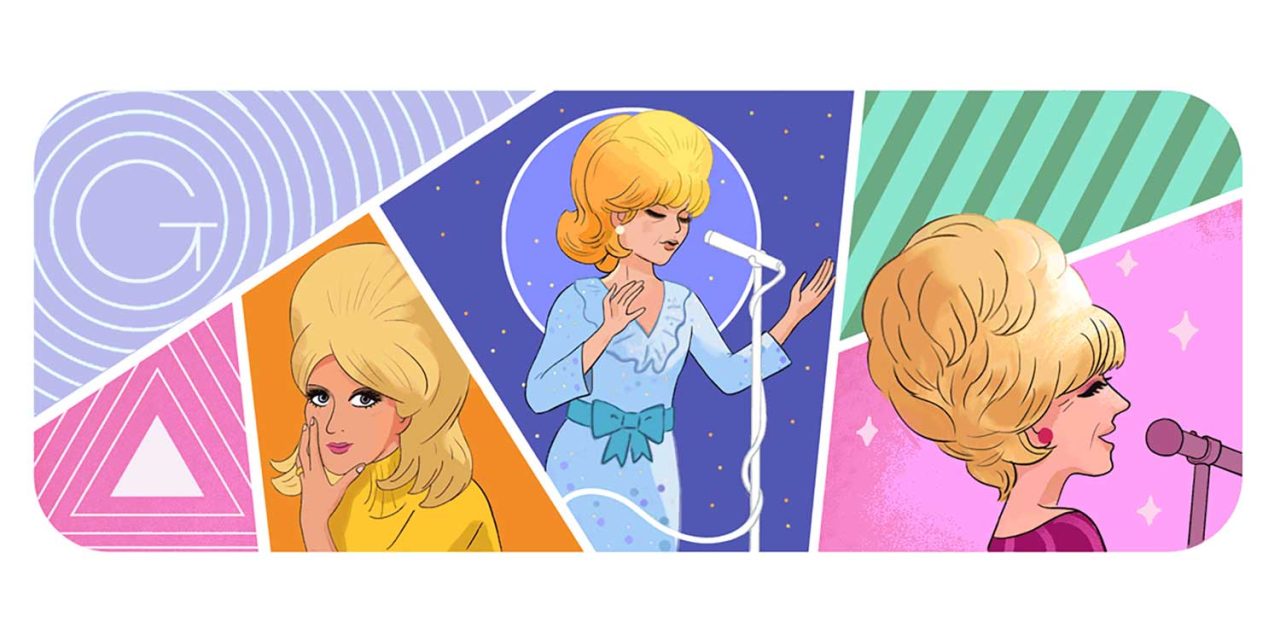 Google is today celebrating the late great British soul singer Dusty Springfield with an animated Doodle on the homepage.

Born on April 16, 1939, Mary Isobel Catherine Bernadette O’Brien grew up in West Hampstead, London, and it was not until 1958 that she joined the girl group The Lana Sisters. However, some two years later, O’Brien teamed up with her brother Tom Springfield and Tim Feild to form the folk-pop trio The Springfields.

It was with this group that O’Brien first tasted success as a performer, scoring a number of top 40 UK hit singles from 1961-63. On this day in 1963, Dusty Springfield released her very first solo single, “I Only Want to Be with You.” A string of classic hits followed in a career spanning five decades.

Transatlantic success followed with a number of top 40 hits in the United States including two iconic Dusty Springfield tracks: “You Don’t Have to Say You Love Me” and “Son of a Preacher Man.” At the time, this was a rare feat for a British act. Her critically acclaimed album Dusty in Memphis would follow in 1968, cementing Dusty Springfield as one of the biggest British musical exports.

Today Google honors the lasting legacy of one of Britain’s best-loved singers with an animated Doodle featuring Dusty Springfield in three iconic poses:

Sadly, Springfield passed away on March 2, 1999, after a prolonged battle with cancer. Just two weeks after her death, her close friend Elton John personally inducted her into the Rock & Roll Hall of Fame. A posthumous release of Dusty Springfield’s Faithful album came in 2015, which came 40 years after its originally planned release.