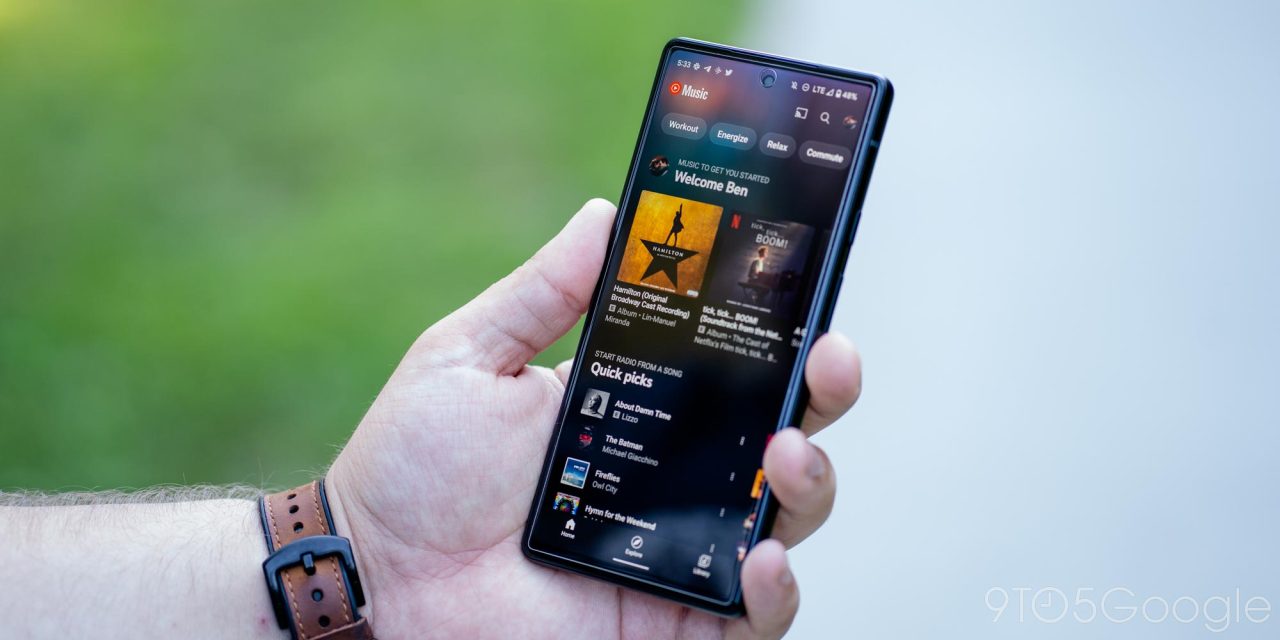 After bringing the new playlist view to phones, YouTube Music is introducing a redesign of the Now Playing screen.

At the top, this redesign sees YouTube Music identify where the current song is “Playing from.” This can be Your Queue, Your Likes, playlist, radio, or artist page, with longer titles scrolling. That’s somewhat distracting, but it’s fine for shorter collections and an interesting addition that boosts glanceability since that information previously required a swipe up to open Up Next.

Cast is positioned in the top-right corner instead of requiring a tap on album artwork, while the Song/Video switcher is now a line lower.

Artwork now features more aggressively rounded corners, while the song title is left-aligned (like Spotify) with thumbs up and overflow following. Notably, thumbs down/disliking is not immediately accessible as part of this redesign and is now found at the top of the overflow menu.

This again matches Spotify’s behavior, and comes in the context of main YouTube hiding public dislike counts. The change makes less sense in YouTube Music where you on occasion get a song you don’t like from autoplay. At the same time, it’s a waste to have thumbs down always showing if you mostly stick to your library.

The timeline scrubber follows with the row of controls below unchanged save for play/pause now featuring a white background that’s much more prominent. It’s no longer themed by artwork with the icon slimmed down.

Of the four Android devices we checked this afternoon, this YouTube Music Now Playing redesign is live on half of them with version 5.32. We’re not seeing this server-side change on iOS.