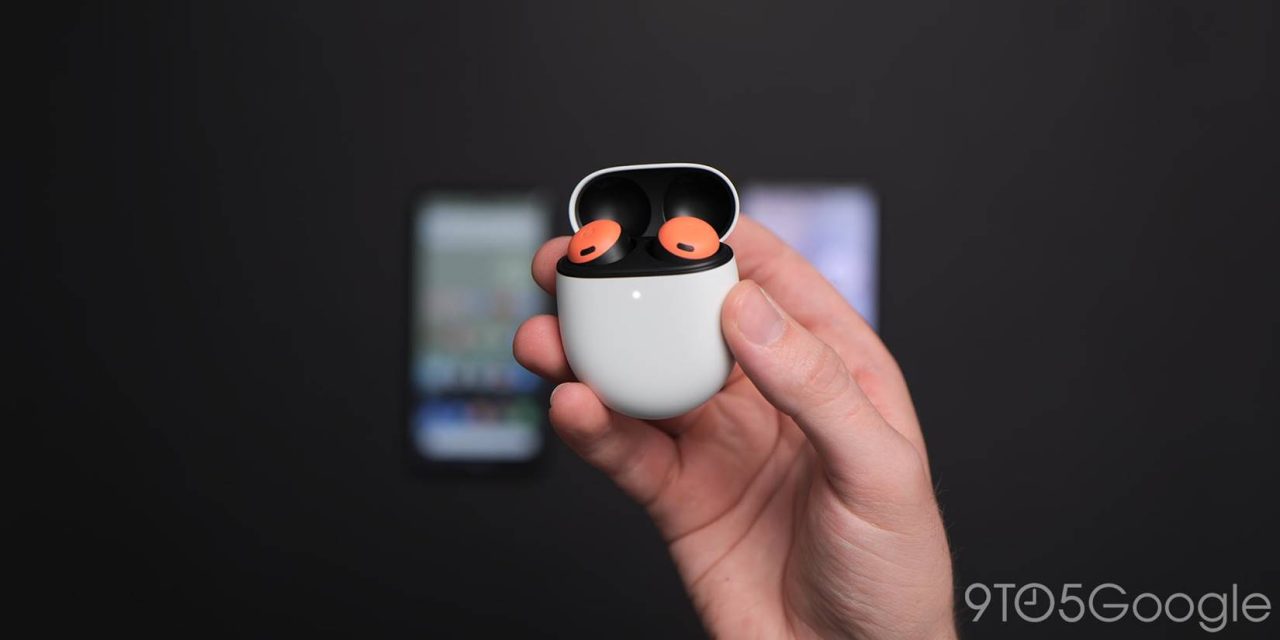 Google has had a number of near misses with product lineups over the years. Lackluster quality control or problematic areas have always let things down a little. 2022 has seen an inward look and closer attention paid to the finer details, and the Pixel 7 series is a testament to that and to a somewhat greater extent, so are the Pixel Buds Pro earbuds.

Stepping up into the “premium” Bluetooth earbud tier once again was no shock. While the 2020 Pixel Buds had a mountain of issues, there was a lot to like. No other Bluetooth earbuds for Android phones offered seamless Assistant integration nor the prospect of new functions and features past the point of purchase. Of course that was short-lived, but the Pixel Buds A-series have now filled in a gap between the premium segment and the budget earbud crowd.

Moving away from the fin-style shape to a larger bulbous design is not something I was eager to switch out to when I first saw the Pixel Buds Pro. I have always found that while the “fin” on the Buds A-series and 2020 Buds can be uncomfortable for long periods, it always felt secure and over time this rubberized stalk softened making it easier to bear or less noticeable.

Google’s decision to stick with the egg-like charge case is one things I love. I have noticed that the matte finish hasn’t picked up as much sheen after slipping in and out of my various pockets over the past few months. It has still taken a beating day-to-day, and one thing I will note is that the hinge is a little creaky on my unit. This doesn’t appear to affect the magnetic clasp which is still strong, but something I am weary of the longer I use the Pixel Buds Pro.

The move to a matte black finish with colorful nodes is one that feels at odds with the Pixel 7 series somewhat and more at home with the Pixel 6 and 6a specifically. It’s eye-catching for sure, with the color selection spanning bright and colorful to more muted and plain. Having used the Coral color for the latter part of three months, it’s actually nice and obvious to people that I have earbuds in my ears. The bright color being a dead giveaway I’m listening to something.

I’m still not fully convinced by the bean-style shape of the Pixel Buds Pro – often I have to readjust when wearing to get a secure fit in my ears. Sometimes I feel like I’m actively fighting to get the Buds Pro to sit just right, and that can be an annoyance when I was used to just plonking the previous generation into my ear without a second thought.

Fitting frustrations aside, the new design is infinitely more comfortable when sat right. I’ve worn the Pixel Buds Pro for upwards of five hours without any sort of discomfort. Usually, I’ll go and grab my practically ancient Bose QC 35 II when I know I’ll be wearing headphones or earbuds for longer than a few hours. The biggest compliment I can pay the Buds Pro is that I have been doing this less and less since my review unit arrived at my door.

One thing that I have noticed is that the silicone earbud tips can become unfurled or snag when I remove them from my ears. The rubber is thin and soft, which is more comfortable with the added bonus of isolation. You can upgrade these, but I’m not sure if this is worthwhile for most people.

After months of extensively testing the noise cancellation in all manner of environments, I feel that I can now vouch for the quality. The limitations of in-ear earbuds versus over-ear headphones when it comes to noise cancellation are somewhat pronounced but at no point a frustration. That said, the passive isolation that you can achieve by using the eartip seal function alone is especially useful.

The biggest test for the Buds Pro (and by extension most earbuds) in my experience has been the London Underground. I’ve used the Buds Pro for several hours multiple times now, and I’ve been pleasantly surprised. There is enough dulling of background audio that you can focus on what you’re listening to without being deafened by the hum or rattle of a train carriage. Ordinarily, I’ll avoid podcasts in general in this specific scenario as there is not enough background audio fill to minimize loud cracks, bumps, and rumbles.

However, it’s something I am happy to do every time I head onto a platform. I’m not often whizzing around London, but the Pixel Buds Pro ANC has passed my own personal proving grounds with flying colours.

Day-to-day in a quiet office or on a scenic walk, the experience is pleasant, and I find that the whoosh of passing traffic near a busy road is almost (but not completely) eliminated. The transparency mode is excellent. Letting just enough sound in without completely washing out music or spoken word, it’s something I use when I am waiting in line for a coffee or expecting someone to speak to me.

The touch controls on most Google products are excellent, but they were good on the previous versions as well. I’m still not completely sold on touch controls for Bluetooth earbuds, but the Pixel Buds Pro are the best that I have tried by some margin. Even soft or slight taps are recognized, which is ideal if you’re commuting or moving around a ton like in the gym.

While I can’t speak for every single person that has used these earbuds, I have found the connection strength and consistency to be flawless on the Pixel Buds Pro. At no point have I experienced cut-outs or dropped signal. The new multi-point feature is something I’ve thoroughly enjoyed here, too. Being able to link to my laptop and my phone simultaneously will always be useful for calls and whatnot.

Most Bluetooth earbuds live and die by their audio quality and the Pixel Buds Pro are no different. They are far from the best-sounding earbuds you can buy right now. I listen almost exclusively via Tidal and to podcasts using Pocket Casts. Without attempting to list off tracks that you’re not familiar with, I’ve found that the Pixel Buds Pro handle most genres well.

Here’s the crux of it, the sound is good enough for most – and I count myself in that group too, but there is a lean towards bass and bumped treble. “S” sounds can hiss a little in my experience, and bass can infringe upon tracks sometimes.

A major sore point though is the lack of truly high-quality audio codecs on offer. AAC and SBC are accounted for but there is no aptX. The former is favored by iPhone and iOS, while the latter is just better for Android users and a prominent absentee.

I love that Google has made good on a promise to add an in-built equalizer to tune on the fly, but it’s fairly basic all the same. You can make some fairly standard adjustments, and it’s dumbed down with default profiles here, too, which is great if you’re not confident tuning and tweaking. There’s no notable latency when watching videos on Netflix or YouTube. Even gaming latency when using the Pixel 6 or Pixel 7 series seems fine, but I haven’t tested extensively with more devices.

Call quality is still something I’m not always certain of when using headphones without a stem to move the microphone closer to my mouth. The microphone sounds fine – it’s nothing special and it’s fine for short calls in my experience. I wouldn’t advise using the Pixel Buds Pro for conference calls unless you have no other option. This is one area I’d like to see Google up the quality on the next iteration for sure.

The one area I have been blown away by with the Pixel Buds Pro even when compared to more premium earbuds is the improved lifespan. I have only managed to run the battery on each earbud below 30% on two occasions, which is exceptional in my book.

In terms of hours and minutes, I’m regularly seeing upwards of six hours per earbud. The case adds a few more days of listening for me before I even need to think about putting the Pixel Buds Pro case on the Pixel Stand. It’s a win-win as you never need to worry if you’ll run out of power with “regular” use. I see that as a couple hours per day of listening up to a maximum of say four hours. If you fall into that camp, these could be among the longest-lasting Bluetooth earbuds that you’ll ever use.

That’s not discounting those of us with headphones or earbuds practically glued in. Even with ANC active, I’m never thinking about the next charge. Google’s estimated 11 hours per earbud with ANC deactivated rings true with my experiences, too. You’ll just need to determine whether you want an extensive lifespan or a noise-cancelling and transparency mode.

Google has once again stepped into the premium audio arena and while there are undoubted downsides, things are better than ever. Audio quality remains a weak area, meaning that if you want fidelity, then you should probably look elsewhere. Cohesion and lifespan are two areas where the Pixel Buds Pro excel.

The ANC isn’t class-leading, but it offers a decent dull of background noises to be considered a worthy addition. I’m intrigued to see if the upcoming Spatial Audio function is as good as it is touted but, annoyingly, we’re still waiting. I don’t think the latest Google-made Bluetooth earbuds are the best you can buy. And at $199, you can get better audio at a much lower price.

Conversely, if you have a Pixel phone, there are few better partner accessories than the Pixel Buds Pro. You can use them with a non-Google phone, but even if features translate it’s clear to see that they are designed with Pixel in mind. There’s the added bonus that we might see more additions courtesy of Pixel Feature Drops later down the line, too. That said, you should never buy a tech product on promises of future functions or features – the Pixel Buds Pro are no different.

Where to buy Pixel Buds Pro