Google Tensor G2: How has the signal strength and speed improved on Pixel 7? 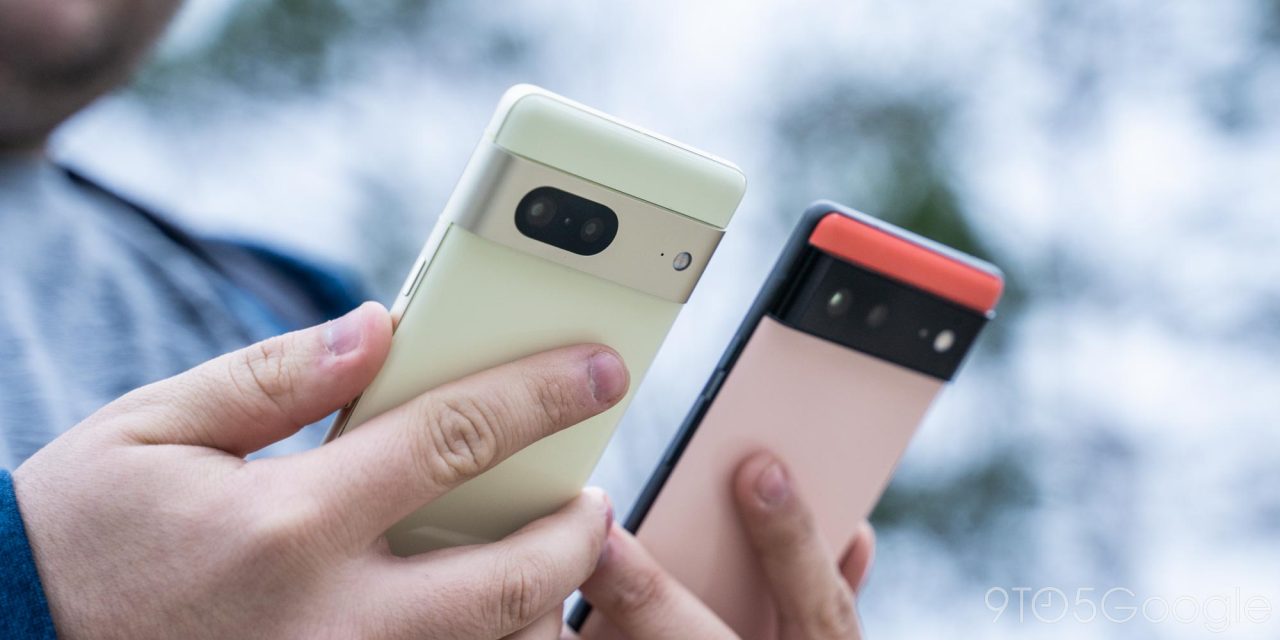 One of the biggest problems that Google’s Pixel 6 series suffered from over time was an unreliable modem. Compared to other Android devices, the Samsung modem used with Google Tensor just wasn’t up to the task. How does Google Tensor G2 compare in the modem department? We put the Pixel 7 and Pixel 6 head to head to see how they compare with signal strength and speed to find out.

The Pixel 6 used a Samsung Exynos 5123b modem on its Google Tensor chipset. Samsung modems are rarely used in the US market as Qualcomm generally dominates. In a comparison last year that put the Pixel 6 Pro up against the Galaxy S21 Ultra and its Qualcomm hardware, the Pixel was woefully behind when it came to both signal strength and the speeds it was able to pull from a cellular network.

On the Pixel 7, Google uses its new Tensor G2 chipset which utilizes an Exynos 5300g modem.

In anecdotal findings over the past few months, the consensus has been that this upgrade has made a stark improvement to both signal strength and speed. Most early buyers and reviewers, ourselves included, have found that the Pixel 7 series latches on to a network more easily and tends to have respectable speeds and power consumption that are improved over the modem on the original Tensor chip in Pixel 6 series devices.

Over the past couple of weeks, we’ve been able to do some side-by-side testing with the Pixel 6 and Pixel 7, both using AT&T’s network, to find out just how much of an improvement this new modem actually delivers on your cell signal.

How we tested Pixel 7’s modem

Our testing methodology for this comparison was to run three speed tests in Ookla Speedtest back to back on both devices in the same locations and average out those results. We did opt to exclude mmWave 5G from our testing due to it not being available in Winston-Salem, North Carolina, and the surrounding areas we tested, but did use both Sub6 5G and LTE networks, as those are all that AT&T offers in the areas we tested.

We also brought a Galaxy Z Fold 4 which uses the Snapdragon 8+ Gen 1 and a Qualcomm modem to test alongside the Pixels, but we ended up excluding the device from speed test results. Why? For whatever reason, our device was seeing highly inconsistent results through all of our speed tests. This eventually partially resolved itself after we performed a network settings reset, but to keep things consistent, we’ve excluded the Fold from the speed tests below.

As for signal strength testing, which we’ll get to later, we used NetMonitor Pro.

Is the Pixel 7 faster in speed tests?

My first test location was simply my home neighborhood in Winston-Salem, North Carolina, where the results were fairly predictable. The Pixel 6 with Tensor fell quite a bit short of the Pixel 7. This was in an area that’s not particularly rural, but also not near any “downtown” areas.

The second location was a public park in High Point, North Carolina, (around 20 miles away from Winston-Salem) that was fairly close to some network towers – I’m not certain they were AT&T towers directly, but the signal was strong in this location with both phones reporting back maximum signal strength. Here, the Pixel 6 and Pixel 7 saw roughly identical results.

My next location was in downtown Winston-Salem, where signal strength is strong, but speeds are usually under 50Mbps. I saw a difference of only 3-5Mbps between the two Pixels, but Pixel 7 was more consistent with its results when looking at each of the three tests.

Finally, I took the two phones to a more rural location. This final location — a park in Kernersville, North Carolina, 20 miles from Winston-Salem — was purposefully chosen for its weak signal from all carriers. I had 1-2 bars of 5G on both devices and speeds under 5Mbps on average – if I was lucky. Most tests saw barely 1Mbps. Here, the Pixel 7 clearly pulled a bit more than the Pixel 6, while my Fold 4 couldn’t even complete a speed test at all. I wasn’t able to complete the usual three tests on each due to the lacking signal strength, but the tests I could perform showed a clear trend that the Pixel 7 was having more success keeping and using its connection.

This is perhaps the most important test of the three. In my experience with Pixel 6, I never had much of an issue with keeping my connection in well-covered areas. It was in more rural locations that I always felt my phone was struggling and could actively see it drop a connection before phones I had from Samsung and others. With Pixel 7, I’ve noticed a definite uptick, and this test helped put some actual numbers behind it.

Will Pixel 7 get better signal reception?

After running through these speed tests, I took the three phones around Winston-Salem’s downtown area, which has strong 5G coverage on AT&T’s maps. Using NetMonitor, I measured the Received Signal Strength Indicator (RSSI) of the three phones. On that scale, closer to 0 indicates a stronger signal, but you’ll rarely get anything close to that figure.

Comparing the Pixel 6, Pixel 7, and Galaxy Z Fold 4 (note: while a network reset improved my Fold’s performance, it was still having issues), I found that the results were pretty much what I expected. The Galaxy Z Fold 4 led the pack, typically having the strongest connection in any given location. The Pixel 7 was roughly on par with that device but dropped out of the green a bit more often. And the Pixel 6, meanwhile, usually had the weakest connection of the three. The results below are an excerpt from over 1,000 side-by-side samples taken while driving from downtown Winston-Salem toward Wake Forest University for about 15 minutes.

Experiences will always vary by your area and your carrier – we’ll be looking to update these results with testing on Verizon and/or T-Mobile if the opportunity arises – but there is a clear trend I noticed in all of these side-by-side comparisons. The Pixel 7 is a definitive improvement. Signal strength tends to be at least marginally stronger, and speed tests are more often than not better too. Google’s partner in Samsung stepped up this time, and the numbers show it.

What do you think? Have you upgraded to the Pixel 7 and noticed better signal? Have you had problems with a Pixel 6 series device? Let’s discuss!

AT&T provided testing lines for this article but had no input on our testing methodology or results.