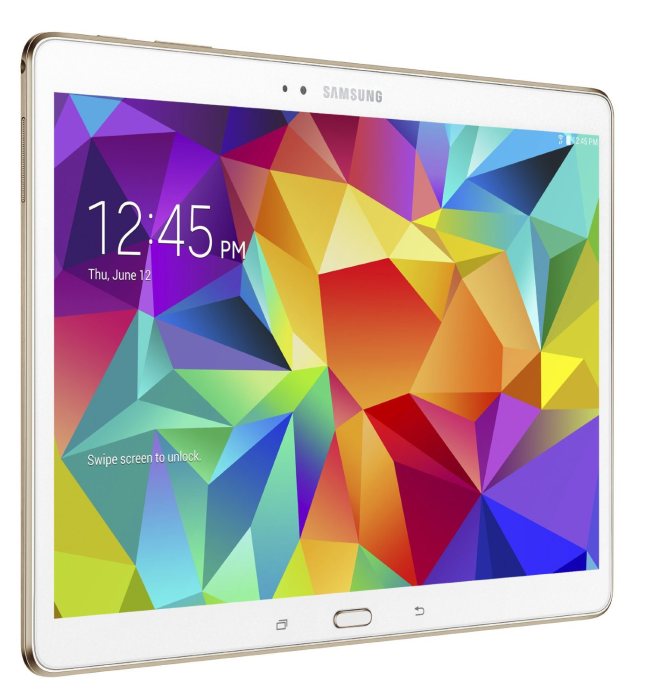 Samsung is reportedly planning to introduce two new tablets— the Galaxy Tab S2 8.0 and Galaxy Tab S2 9.7— sometime next month. Some details have leaked previously, including specs that come in thinner than Apple’s latest iPad Air, but today SamMobile reports that the tablets will get an official debut in June: END_OF_DOCUMENT_TOKEN_TO_BE_REPLACED

Messaging apps are another way to make tablets a more versatile tool. Verizon Messages lets you text from your tablet without having to use your smartphone. You can read a digital magazine on Papergarden and text friends about it instead of reading on one device and texting on the other.

Samsung first announced the latest generation tablet earlier this year in June, and various LTE versions have begun to roll out recently. Verizon’s LTE model starts at $599.99, and customers can pick it up for $499.99 for a two-year contract for a limited time, according to the carrier. Otherwise, users can add the LTE-equipped tablet to More Everything plans for $10/month after purchasing the Galaxy Tab S 10.5.

LGBT-related searches get rainbow banner on Google for Pride Month

As has happened every June for the last several years, Google has dressed up searches for many LGBT-related queries with a rainbow design. We’ve tried a variety of searches, seeing the above banner when typing queries such as LGBT, LA pride, SF pride, gay pride, marriage equality, and more. June was declared LGBT Pride Month by U.S. President Barack Obama in 2009, 2010, 2011, 2012, and 2013, as well as this year. Also worth noting is that this is Google’s second move (at least) of support for the LGBT community; the company put a doodle up earlier this year showing support for LGBT olympians.

The Galaxy S5 may have just hit store shelves and the hands of users, but it seems as if Samsung is already planning an upgraded version of its flagship device. According to a report from SamMobile (via Phandroid), the Galaxy S5 Prime will launch in June. In addition to the quad-HD (2560×1440) display, the device would also feature higher-end specs than the Galaxy S5: END_OF_DOCUMENT_TOKEN_TO_BE_REPLACED

While we knew from earlier reports that Samsung was planning on unveiling a new high end tablet with an Intel processor, today Samsung has officially announced the device alongside a new 8-inch variant of its Galaxy Tab 3 line.

Adding to the 7-inch variant that it launched back in April, Samsung today announced the 10.1-inch Galaxy Tab 3 (which it later confirmed is indeed using a 1.6GHz dual-core processor from Intel), as well as an 8-inch variant of the device with a 1.5GHz dual-core CPU.

Inside the 10.1-inch model you’ll find 1280 x 800, 149PPI WXGA TFT display, a 3-megapixel main camera and 1.3-megapixel front facing cam, Bluetooth 4.0, microSD slot, and a 6,800 mAh battery. It weighs in at 510g for the WiFi only model, but will also be available with 3G and LTE capabilities when it launches running Android 4.2 later this month.

Samsung said both devices will be arriving in 16GB and 32GB variants sometime at the beginning of this month. Full specs for both devices below: END_OF_DOCUMENT_TOKEN_TO_BE_REPLACED

It’s unclear what exactly this means for Samsung’s Galaxy Note III. It would be surprising for Samsung to introduce both the Note III and new Galaxy Mega tablet with a 6.3-inch display. Perhaps the Note III becomes the 5.8-inch device, and the Mega branding is reserved for the larger 6.3-inch variant? It’s also possible Samsung keeps the Galaxy Note III at the same 5.5-inch size of the Note II and introduces the Mega line to bridge the gap and cover all bases between its Note lineup and 7-inch to 10-inch tablet lines. We’ll keep you posted when we learn more.  END_OF_DOCUMENT_TOKEN_TO_BE_REPLACED Google is marking any LGBT-related query this month with a rainbow-colored banner under the search box.

The Mountain View, Calif.-based Company is once-again celebrating LGBT Pride Month, as it has down for the last five years in a row, by adding a bit of color to its search.

U.S. President Barack Obama declared June as LGBT Pride Month for 2012. The month-long stance is against discrimination and violence toward the lesbian, gay, bisexual, and transgender community, with promotion for equal and civil rights.

The Verge just posted a few leaked pictures (above) of T-Mobile USA’s Samsung Galaxy S III that is rumored to début in June.

The website noted the models depicted look more like the international versions, because American offerings tend to feature a customized iteration complete with a physical home button and four capacitive buttons. Despite the “Euro-style” button change, it seems the color flavors will remain the same—blue and white. The Verge wonders if this is in an indication that Samsung is starting to exert its power as the largest Android device manufacturer in the world, where as it previously cow-tailed to American carrier demands by modifying smartphone designs.

There are no details on pricing and availability at this time.

LG announced this morning that it developed a new LG Optimus 3.0 overlay.

The press release claimed Optimus UI 3.0 is “unobtrusive and simple” to use, and its primary design function has speed in mind. For example, a new memo function called “Quick Memo” allows users to jot notes on the screen in a “more convenient” method, and then users can share the scribblings through text messages, email, or social networks.

“With smartphone hardware becoming more and more similar, it’s important for manufacturers to differentiate their products from the competition through the user interface,” said President and CEO of LG Electronics Mobile Communications Company Dr. Jong-seok Park in the presser.

Other features include: an unlock function that allows users to drag anywhere on the screen; a preset Pattern Lock that enables the most frequently used function to automatically open; an easier method for organizing the primary applications, a new Voice Shutter for capturing images through voice commands; a camera feature for shooting the best picture within multiple images; an Icon Customizer that allows users to set their own images as icons and shortcut; and a Download category for the main menu.

The Optimus UI 3.0 is initially slated for Ice Cream Sandwich devices, because it debut on the LG Optimus LTE II that unveiling this week in Korea, and then it will roll out to the LG Optimus 4X HD in June.

LG’s full press release is below.