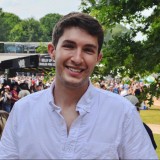 Earlier this week, Google rolled out Panda 4.0 and Pay Day 2.0. These updates to the search algorithm were touted as being designed to further reduce the ranking of low-quality and spammy content. According to analysis by Searchmetrics, Panda and Pay Day did just this, with websites that offer undifferentiated content suffering in terms of overall ranking.

However, Panda did not just punish websites: various major websites actually increased their rank in Google Search as a result of the change in algorithm. From the study: END_OF_DOCUMENT_TOKEN_TO_BE_REPLACED

LG teases the laser-focus camera, design, and display of the G3 (Video)

We’ve seen its unofficially official specs. We’ve seen its updated UI. We’ve even known about its announcement date (May 27th) for some time now. And now, LG is teasing its upcoming G3 flagship device with three new videos posted this morning to YouTube. The “Design” video below also gives us the best look yet of the device’s metallic-looking back, as the camera slowly pans around it. END_OF_DOCUMENT_TOKEN_TO_BE_REPLACED Google may acquire Skybox Imaging, a company with experience in taking incredibly detailed, high-resolution aerial satellite photos, according to TechCrunch. The purchase may cost Google in excess of $1 billion, though that number is fairly common anymore. END_OF_DOCUMENT_TOKEN_TO_BE_REPLACED The VR headset is being described as a peripheral, as opposed to a stand-alone product, and will require a connection to a Samsung device in order to function. END_OF_DOCUMENT_TOKEN_TO_BE_REPLACED

Motorola prices the Moto360 smartwatch at $249 in latest documents Motorola’s contest for designers to win a Moto360 carries with it an unexpected piece of information. Buried within the official documents for the rules and terms of the contest is an ARV — Approximate Retail Value — for the Moto360, stating that Motorola is currently valuing the device at $249. END_OF_DOCUMENT_TOKEN_TO_BE_REPLACED

Google has made two notable changes to its search algorithm in the past 24 hours, both of which continue Google’s crusade to keep its search results relevant. The 4.0 release of the Google Panda algorithm is intended to make it more difficult for websites with poor quality to rank highly in search results (via SearchEngineLand).

Payday Loan Algorithm 2.0 was also released yesterday, and it targets “very spammy queries,” and is unrelated to Panda’s rollout: END_OF_DOCUMENT_TOKEN_TO_BE_REPLACED

Sony today released Android 4.4 KitKat for some of its Xperia line of devices, including the Z, ZL, ZR, and Tablet Z. The update is rolling out based on location, as well as by carrier, so it may still be some time before you see the update notification on your particular device.

There’s leaks, and then there’s this. @evleaks has posted a full, rotating render of the HTC M8 Prime. The Prime is rumored to have updated specs and a larger design in order to better compete with the LG G3, rumored Galaxy S5 Prime, and a larger iPhone later this year. The full render is included after the break. END_OF_DOCUMENT_TOKEN_TO_BE_REPLACED Tom Wheeler — the Chairman of the FCC, the federal commission currently in the middle of a firestorm surrounding net neutrality — today praised Google for its checklist of requirements for cities to meet that are interested in working with Google to roll out fiber networking.

Google’s checklist includes various measures and decisions that help enable the company to quickly add their fiber services to a city or municipality. Wheeler specifically cites this as something that the FCC should look into, as it effectively cuts through red tape and speeds up deployment of faster service: END_OF_DOCUMENT_TOKEN_TO_BE_REPLACED

There is a United States federal agency that specializes in collecting and cataloguing scientific research papers of all kinds. The NTIS — National Technical Information Service — will serve up files or paper copies of these records for $25 or $73, respectively. The issue, as pointed out by NPR, is that most of these records are available for free elsewhere, and are easier to find with Google than with the NTIS’ outdated website. And so, ever the enemy of a wasteful budget, Tom Coburn has introduced the Let Me Google That For You Act of 2014 to abolish the NTIS. END_OF_DOCUMENT_TOKEN_TO_BE_REPLACED

With less than two weeks left to go until the rumored G3 announcement, we won’t have to wait long until we see the device in all of its glory. However, until then, more details continue to leak.

The latest involves the homescreen in landscape orientation. Since the device is expected to have a 5.5″ display, the screen will be closer to that of smaller tablets than that of a small phone. As such, it appears that LG will have certain features reserved for the display when it is in landscape. The above screenshot depicts the incoming call notification acting like a floating widget above the screen.

Samsung’s devices have a similar feature, though it’s unclear how useful this feature may be. Since floating widgets aren’t natively supported in Android, these types of features tend to receive very limited third-party support. Still — we’ll find out the full plan on May 27th!

Monument Valley, a popular and critically-acclaimed game that was released recently on iOS, is now available for Android devices. The game, available today for $3.99, features beautiful graphics and an interesting storyline.

In Monument Valley you will manipulate impossible architecture and guide a silent princess through a stunningly beautiful world.

While somewhat expensive for an Android game, Monument Valley is well worth the cost. It’s one of the best games I”ve played on a mobile device in the past year. My only complaint is that it’s relatively short — hopefully now that the game is available on both major platforms, the developers can start adding additional levels.

Five months after Google released Android 4.4 KitKat, Galaxy Note 3 users on Verizon are beginning to see the update being pushed out over the air. Various people are reporting that they have received the the update on their devices. The update includes various changes and small tweaks to the user interface, as well as enhancements to the software stack to make the device more stable and perform better.

If you’d like to grab the update, start pressing that “check for updates” button, or connect your device to the nearest computer with Kies installed on it, and get downloading. The Nexus 6 is also almost entirely a mystery. END_OF_DOCUMENT_TOKEN_TO_BE_REPLACED

[youtube http://www.youtube.com/watch?v=AjcHzO3-QEg] Minuum, one of the more distinctive third-party keyboards available for Android devices, is coming to Google Glass. The keyboard was shown off this morning in a video of the prototype app running on Glass. The second half of the video, however, is far more exciting. END_OF_DOCUMENT_TOKEN_TO_BE_REPLACED

Besides Half-Life 2, Valve also released Portal for Android today. Both games are on sale at the Play Store for $9.99, though they are only compatible with the NVIDIA Shield. END_OF_DOCUMENT_TOKEN_TO_BE_REPLACED

The G3 has been at the center of various leaks over the past month, but the latest is the most complete. The above photo (via PhoneArena) reportedly shows off the back of both the black and white models, and the front of what appears to be the gold model. While the photo isn’t exactly “high quality,” it does provide for a good look at the brushed metal effect of the back. END_OF_DOCUMENT_TOKEN_TO_BE_REPLACED

The latest updates to the Android 4.4.3 AOSP changelog include references to two new Nexus devices (via Android Central). The first is the “Flounder” tablet, which was also recently referenced in builds of Chromium. This is likely to be a tablet or a phone, as Google has historically used fish-related codenames for such devices.

Perhaps more interesting is the mention of the “Molly” set top box. END_OF_DOCUMENT_TOKEN_TO_BE_REPLACED Motorola’s website has been the source of various leaks in the last few weeks, and today we have another one. Captured in an image after the break by the @evleaks Twitter account, the website leaked only the name — no image or details are available. The device has also so far slipped by under the radar, with basically nothing being known about it. END_OF_DOCUMENT_TOKEN_TO_BE_REPLACED