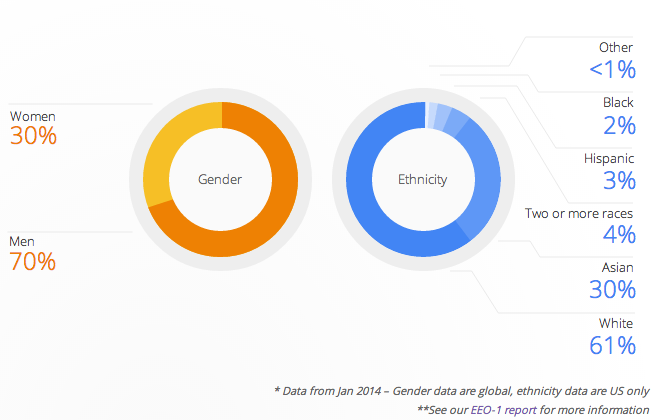 In a post on its official company blog, Google, for the first time ever, broke down the diversity of its workforce. The company said that it was originally reluctant to share this type of information, but now realizes it was wrong and has decided to be more candid about the issue. Google says that it is not where it wants to be in terms of the diversity of its workforce.

70 percent of employees at Google are male, while 61 percent of all workers are white and 30 percent are Asian. Hispanic and Black ethnic groups came in at 3 percent and 2 percent, respectively.

But we’re the first to admit that Google is miles from where we want to be—and that being totally clear about the extent of the problem is a really important part of the solution. To learn more about our work on diversity—for our our workforce, for the web and for the tech leaders of the future—visit google.com/diversity.